Where London’s CyLon incubator appears to have a cosy relationship with U.K. government security agencies — perhaps with its eye on taxpayer cash available for tech suppliers working with these same agencies — CyberGhost is pushing its accelerator in the opposite direction, looking to build businesses based on serving web users who want to safeguard their privacy online in the face of mass surveillance and user-tracking activity which spans (and links) the public and private sector.

So while both these bootcamps might talk about security, only CyberGhost’s can be said to be pro-privacy.

CyberGhost says it will be investing up to €25,000 ($27,000) in selected teams for its bootcamp, taking an equity stake of around 5% — the exact stake will be negotiated per team. It has a total pot of €100,000 to go towards the first intake (funded by CyberGhost’s own profits). Selected startups will work out of its offices (pictured above) in Bucharest. The criteria for entry to the program can be found here.

Cyber security and the USA is simply a no-go. It doesn’t fit

“We don’t have too many expectations, it’s the first time we’re doing this. And it’s the first time that there is an accelerator also in Bucharest that is first run by a company… I would be happy, seriously, if find one — just one [idea] that is killer,” says CyberGhost CEO and co-founder Rob Knapp.

“The European Union is overall a good place for privacy-related projects, companies,” he adds, discussing the thinking behind setting up a dedicated accelerator for privacy.

“For the first time in history we have an advantage towards American companies… Cyber security and the United States of American is simply a no-go. It doesn’t fit together. It’s not working. So we are able to build maybe some unicorns here in Europe. But for that we need an ecosystem.”

Knapp notes that CyberGhost’s VPN tech is based on an API — meaning it can offer startups participating in the bootcamp an anonymous foundation to underpin their pro-privacy idea.

“A lot of projects we expect in this program need an access through a VPN so this part is already done — people can just use that. Startups who want to build something where they need a subscription model, they need accounts, it’s all done, it’s all integrated in our API… In five minutes somebody could buid a VPN product, based on our network,” he says.

Tech areas where Knapp says he sees big, untapped opportunities for startups to innovate around privacy include perennial privacy frustrations such as passwords and email — and also cloud storage. Last year Edward Snowden himself called on web users who care about their privacy to ditch Dropbox and switch to end-to-end encrypted alternatives. He has also called on developers to champion privacy by design, and work on building pro-privacy and security technologies that are accessible to mainstream consumers.

“The future of file storage is decentralized,” argues Knapp. “Like Bitcoin. Nobody can ever switch down Bitcoin… Nobody can ever influence, control, manipulate it, whatever.”

Startups with a privacy-focused idea thinking about applying for CyberGhost’s program don’t have to restrict themselves to the areas Knapp flags up — so long as they share the company’s philosophy of putting privacy at the core of a business innovation.

CyberGhost will be selecting teams for its bootcamp this September, and is looking to kick off the program in October. There is no fixed-in-stone program length at this point, but he pegs half a year as a likely timeframe. “Everything should be done in six months. You should be able to do everything we want to do here in six months… to bring a product to market,” he adds.

Interestingly, although CyberGhost itself was founded in Germany in 2011, the team relocated to Bucharest seeking a more conducive business environment for its anti-data retention ethos following attempts by German law enforcement to require it to retain logs. (Which it does not do.)

“So what we are doing here [with the bootcamp] is to prove you can grow a company, sustainable, on the long term, with success and profitability, without using all this data. It’s just not necessary. It’s just a myth that you need data to run all businesses.

“We have a security industry that protects data because we store data. So why do we start storing data? The best data security is not to store it. It’s very simple.”

The political climate in Germany has been becoming less friendly to pro-privacy technologies in recent years, according to Knapp — since Chancellor Schroeder and in the subsequent Merkel-led era.

“Germany is always one of the first countries adapting European Union surveillance programs. So for example Germany was one of the first countries that was totally into this data retention law. Then the constitutional court in Germany said it is unconstitutional… Now the new government again built a new data retention law, even worse than the first. So it’s not really a climate where you want to build a privacy company,” he tells TechCrunch.

Why did CyberGhost settle on Romania? “Romania is a post-Communism country, obviously. The revolution was 1989. That’s not so long ago,” he says. “A lot of things in Romania are well functioning, that is the constitutional court and this is the constitution itself — it’s a very liberal constitution regarding civil rights and private data. Why? Because it is a post-Communist country. So they have the experience of mass surveillance, and that is not — like in Germany — 40, 50, 60 years ago. It is just a few years ago, so this is very alive.”

“Romania was one of the first countries where, for example, the data retention law was cut down by the constitutional court,” he adds. “So the legal background fits, and the climate fits. People here are really not interested in having the ‘Big Brother’ state.”

It was actually reading about U.S. interest in Romanian tech skills on TechCrunch that led Knapp to investigate and ultimately select the country as an alternative base for the business. “I thought if the American guys try to get Romanians to work in America and it’s for me just three hours flight, why don’t I just go there and have a look!” he says.

CyberGhost’s VPN software has some 5 million users to date, and 300,000 daily active users, with the top country for usage being Germany, followed by the U.S., U.K. and France.

“CyberGhost VPN is not a VPN company. What we do right now is we offer a VPN service… we are a privacy-as-a-service company,” adds Knapp. “We have a clear goal — and this goal is we want to build a technology that gives you a free and secure and private access to what we have right not in the Internet. So for that we need people around us who work on different things — so instead of waiting for it, we have to do something about it.

“We believe in privacy, we believe that this is something that the world needs and people will demand at some point… The market will develop slowly but very constantly over the next years.” 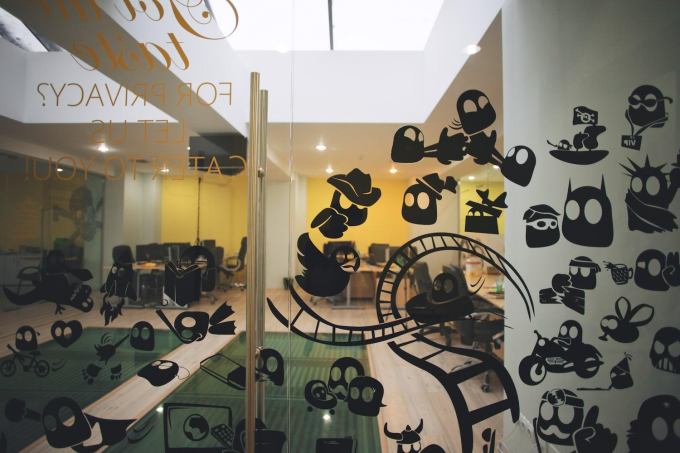