Michael Casey, the co-author of The Age Of Cryptocurrency is leaving a senior columnist position at the Wall Street Journal to work at MIT Media Lab as Senior Advisor at the Digital Currency Initiative. Why? “This was just too exciting an opportunity to pass up,” he said. “I sincerely believe that this is one of those moments in which a new technological platform has the potential to facilitate explosive change. I saw a role for me in helping explain it and tell the story around it.”

Casey will lead the illustrious Media Lab in facilitating the growth of the Lab’s cryptocurrency research and bringing new clients and students to help study the burgeoning technology. We sat down with him to talk about his move. 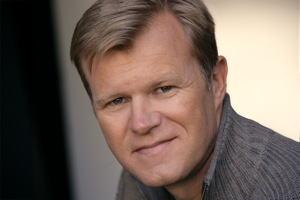 TC: How is the book doing? Tell us a little about what happened after publication?

Michael Casey: The book has done well. It’s not a bestseller but it has sold admirably. There’s a paperback edition in the works — with the requisite afterword to catch up with the countless things that have happened in cryptocurrency-land since publication — so that’s a good sign.
But I would say the most important impact the book has had has been to start a conversation around bitcoin and digital currencies in the general public. Lots of people in the know told us they were giving our book to people who knew nothing of the topic as a way to help them not only understand the concept but to come to terms with why it matters.
I was also struck by the breadth of interest from different sectors of society. That showed up in the interviews — from Leonard Lopate to the (UFO-obsessed) Coast-to-Coast radio show, from CNBC to the hip-hop All Out Show on SiriusXM — and in the many, many speaking requests we received from a wide range of institutions.

TC: You moved from the WSJ to academia. Why? How will your role change?

MC: This was just too exciting an opportunity to pass up. I sincerely believe that this is one of those moments in which a new technological platform has the potential to facilitate explosive change. I saw a role for me in helping explain it and tell the story around it. It was very hard to depart a profession that I’ve poured 23 years of my life into and wonderful news organization to which i’ve dedicated 18 of those. But this was a unique chance. It was, as one friend said to me when I asked his advice on whether I should jump, a YOLO moment.

This isn’t exactly an academic job. It’s more of a facilitating role. Much of what I will do will involve communicating, both to get the broader message out and to act as a liaison between the future consumers of this technology and those who are developing it, such as the grad students at MIT. As a journalist, I’m trained in communicating. So in that sense it’s a continuation. But clearly, this is a big change: I’ve moved into more of an advocacy position.

MC: ​The MIT Media Lab is interested in cryptocurrency for the reasons many people and institutions with a technology-bent are interested in cryptocurrency. The blockchain technology that underlies cryptocurrency offers an open, extensible platform on which to build all ​sorts of potentially powerful applications that could disrupt the economy in profound ways. In my mind, cryptocurrency technology is a new form of governance; that opens up a wealth of possibilities — from making money and payments more efficient to creating powerful new forms of record-keeping, from enabling service-sharing services such as car rides to facilitating smart contracts between online appliances in the forthcoming Internet of Things. For MIT, those possibilities mean there are vast opportunities for grad students and staff to develop new ideas and come up viable products.

TC: What will you do at MIT? What are your plans?

MC: ​My role is twofold.

I’ll be closely involved in helping the Digital Currency Initiative achieve its social impact mandate. The idea is to incubate projects and products that could have a positive impact on the world. Because of my background living in and covering emerging markets, I’m especially interested in applications for the developing world. In particular, I’m keen to develop blockchain-based property title solutions. This is the idea that people in such countries who until now have been held back by shoddy record-keeping and a lack of executable title to their property could, with a system like this, create legal collateral against which they could borrow, take out insurance and generally access the financial system that we all take for granted. I’m also interested in ways to use the blockchain to create irrefutable, self-sovereign markers of identity, which will also help give these “unbanked” people access to the financial system. I’m not a coder; that work will be done by others. But I’ll be helping coordinate the projects, bringing the relevant people and institutions together, and managing the communication around them.

I’m also there to help build public awareness around the technology generally and the Digital Currency Initiative specifically. ​I expect to be writing blogs, helping produce videos, speaking publicly, etc., all with an eye to spreading the word.

TC: What’s the future of cryptocurrency, based on your research? Will bitcoin survive?​

MC: ​I think its future is bright. We don’t know what shape it will take — just as no one could predict in the early 90s that TCP/IP would lead to the myriad, ubiquitous applications that dominate our lives. Although the general public is still ill-informed (and often misinformed) about cryptocurrency technology, there’s rapidly growing interest at the enterprise level in its disruptive potential. Every major bank has a blockchain task force, the big consulting firms are all diving in to develop applications for their clients, and there’s increasing interest from governments and regulators in how these technology could actually help them achieve key social goals rather than threaten them.
I do think bitcoin will survive. It has made it this far, after all. And it clearly has a big first-mover advantage. But I’m agnostic as to whether it needs to be the dominant platform on which these applications are built. I think we will see all sorts of blockchain models arise, some decentralized, others less so. I do think the sidechains initiative and others aimed at expanding bitcoin’s potential will be important in giving it a place in this future. ​

TC: How many bitcoin do you own?

MC: ​A tiny amount, used only for transactions in an experimental way when I was a reporter. ​Dogecoin? ​None. ​MITcoin?​ One day…