Apple has a new update available for GarageBand on the Mac, which provides a range of new tools aimed primarily at electronic dance music creators. The update offers an expansion of GarageBand’s Drummer tool, adding 10 new EDM and 10 new Hip Hop virtual drummers to the existing crop of acoustic ‘players.’ There’s also a new ‘Transform Pad Smart Control,’ which is a virtual input tool that lets you shape the sound you’re creating in real-time.

The update also brings support for Apple’s Force Touch trackpad, allowing users to vary the strength of some tools based on pressure changes from their presses on the trackpad on the new MacBook, and the latest Retina MacBook Pro models.

There’s plenty more besides, including a ton of new content for EDM and Hip Hop artists: 20 new electronic drum kits, plus 100 new synthesizer patches for that type of music, and 1,000 new loops across genres and a range of instruments. The goal with this update was to make it a lot easier for even novice and hobbyist EDM artists to get the most out of Apple’s free Garage Band software, which ships on every new Mac the company makes. 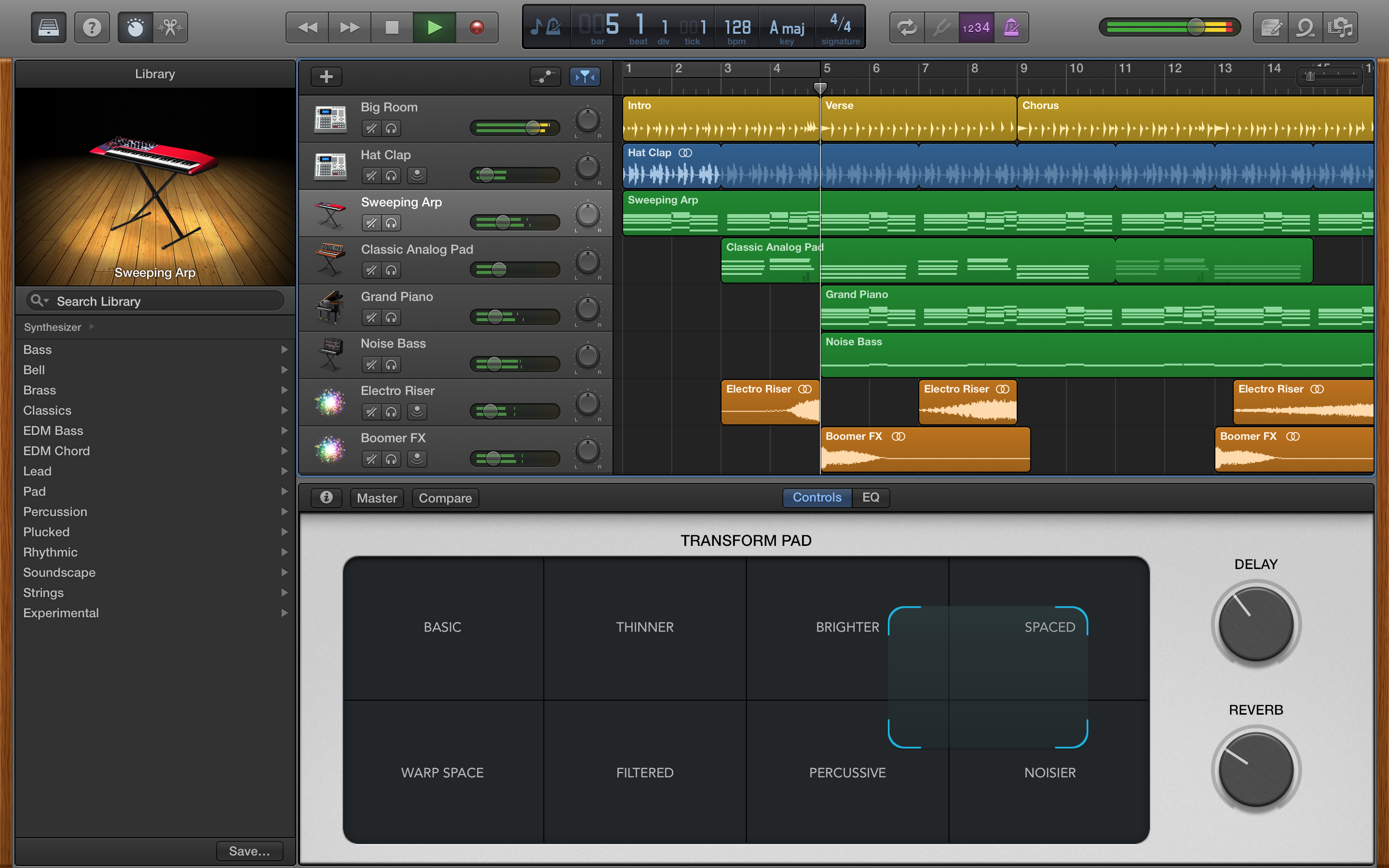 The new Transform Pad Smart Control is the most interesting part of the whole thing, with an interface divided into eight sections that you can drag your cursor across to change the sound you’re creating. how far across each you move your pointer affects the sound, and the effects of your manipulation occur live on the track, and can be recorded directly as an adjustment layer for later playback.

The new version of GarageBand on iOS also allows for direct sharing to Apple Music Connect for artists who’ve enabled their account there, and that functionality is also going to arrive on the Mac app, albeit at a slightly later date.

This latest update is available now, and free for all existing users. New users who don’t have GarageBand from a Mac purchase can get it for $4.99 from the Mac App Store.