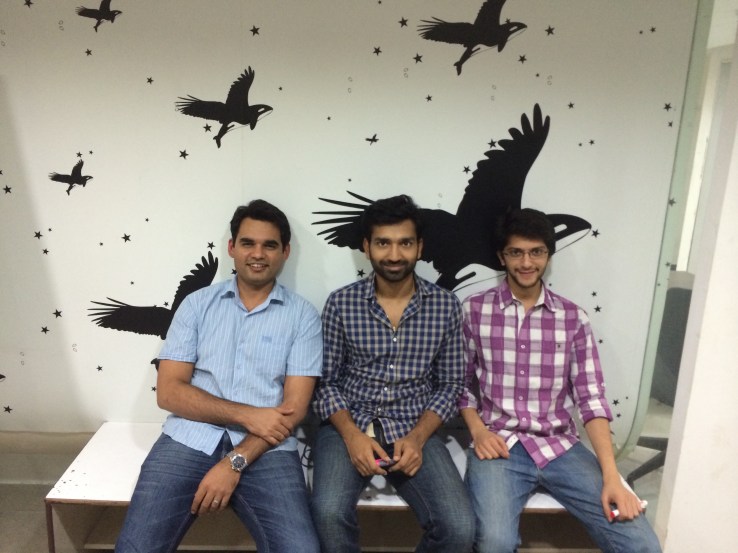 UrbanClap, which claims to be India’s largest mobile-based services marketplace, wants to become even bigger. The New Delhi-based startup recently scored a Series A investment of $10 million from returning investors SAIF Partners and Accel Partners, which it will use to grow across the entire country, improve its app-based platform, and increase its company size from 100 employees to 500.

The app is currently available in Delhi, Bangalore, and Mumbai, and plans to expand into 10 to 15 new cities by the end of the year. TechCrunch first profiled UrbanClap two months ago after it raised seed funding of $1.6 million. At that time, co-founder Varun Khaitan said that the app was processing about 200 to 250 customer requests per day. Since then, that number has increased to 1,000 per day, and UrbanClap hopes to grow it ten times this quarter.

In order to pair up customers with professionals (and differentiate from competitors like LocalOye and Goodservice), UrbanClap uses a “matchmaking” algorithm. Much of UrbanClap’s Series A will be used to improve its accuracy and expand its functionality to start delivering service recommendations.

The app currently matches users with providers based on specific requests, but in the future it will suggest services based on their history, the season, and where they live. If there’s been a lot of rain recently, UrbanClap might recommend pest control services to deal with the influx of insects, or remind someone to book a new haircut every couple of months.

“We want to keep it on the level where we improve the discovery of users and make it a lot more intuitive based on their data and that of other users, as well as an understanding the city and service culture around them,” says Khaitan.

For professionals, UrbanClap wants to add enough features so they can use the platform to manage most aspects of their business, from managing incoming requests and schedules to communicating with customers.

Currently has 5,000 service providers on the platform, who are divided into five main categories: home services, events, lessons, health, and personal services.

To reassure customers who previously relied on word-of-mouth referrals, UrbanClap puts service providers through background and quality checks before adding them to its platform. Khaitan says they accept less than half of the requests they receive. Professionals are also ranked by customers and booted off the platform if their rating is too low.

Like its retail sector, India’s local services market is very fragmented, which means customers have to search through long lists of businesses when trying to find a new provider.

As a tech-based platform that doesn’t carry inventory or handle its own logistics, however, Khaitan believes that UrbanClap has plenty of room to grow.

“if you can create a marketplace where professionals and consumers are signing up by the horde, then there is no limit to scalability,” he says.