Lost My Name, the London-based startup behind the hugely popular “The Little Boy/Girl Who Lost His/Her Name”, a personalised picture book for kids, has picked a $9 million Series A round. Google Ventures led the investment, along with Greycroft, The Chernin Group, Allen & Co, and former SunGard President and CEO Cris Conde.

The new capital will be used by Lost My Name to further scale the business globally — the investors are heavily skewed towards the U.S., even if Google Ventures now has an outpost in London — and for further R&D, creating a pipeline of future storytelling-based products, including the launch of a second, more ambitious personalised book.

So, what’s a group of tech VCs doing investing in a dead-tree book publisher, you may well ask? Well, a few reasons. Describing itself as a “full stack” storytelling and publishing startup, Lost My Name is heavily reliant on technology to control almost all the parts of its business.

Co-founder and CEO Asi Sharabi tells me this includes a bespoke e-commerce platform that enables it to personalise the kids storybook it sells on the fly; you get a live preview of the book, customised to change the story based on the child’s name you enter, further encouraging you to progress through the conversion funnel. It also has various printing partners around the world so that the company is able to operate on an on-demand and zero-inventory basis.

It’s this “vertically integrated operation,” which Sharabi likens to companies such as Warby Parker, that means Lost My Name controls most other aspects of its business processes in-house, from creating the stories, illustrations, to marketing and sales. The later has thus far relied mostly on performance marketing — its books are sold directly through its own website — as well as good old-fashioned word-of-mouth (or, in my case, I kept seeing Lost My Name pop up on my Twitter feed and made two subsequent and happy purchases for my girlfriend’s 3- and 4-year-old children). 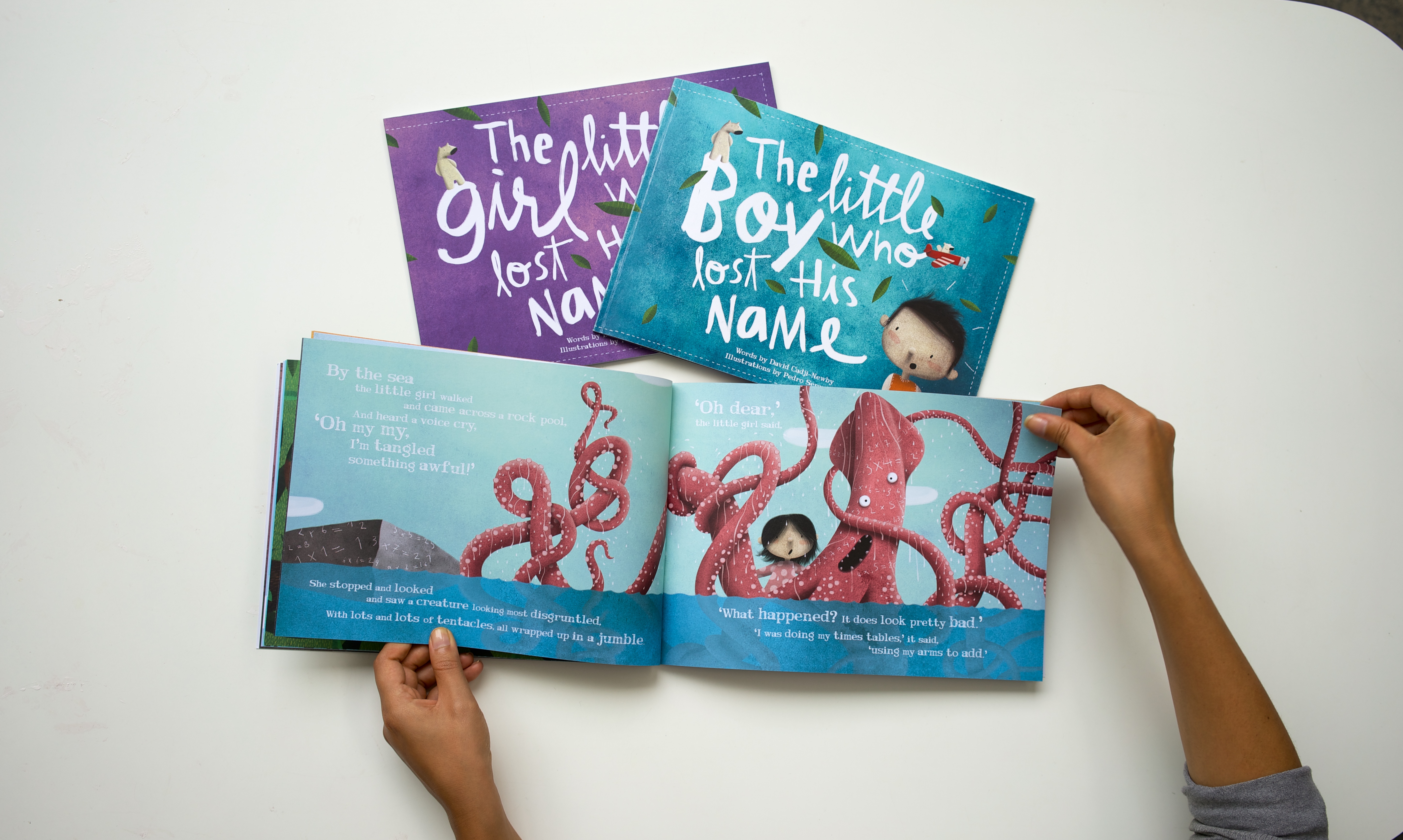 The startup’s history is also noteworthy. It started off as a side project by Sharabi and his three co-founders in November 2012 after dissatisfaction with the existing and antiquated personalised kids book market, which tends to produce poor quality and “gimmicky” products. Seeing that the bar was set so low, the four of them embarked on producing something much better.

Then, to Sharabi’s surprise, Lost My Name began to sell pretty well. In fact, very well. By Christmas the company had sold 22,000 books. The following April it raised £500,000 led by Forward Partners at a £2.5 million valuation. An appearance on the BBC TV show Dragon’s Den led to further investment from Piers Linney, who invested £100,000 for 4 per cent equity. And to date, the startup has sold more than 600,000 copies of The Little Boy/Girl Who Lost His/Her Name in over 135 countries, resulting in the company being profitable.

Meanwhile, fundraise when you can, not when you need to, seems to be the mantra here. Sharabi was hesitant to focus on valuation “chest-beating,” and instead is most excited about Lost My Name’s second product, which will take personalised storytelling to the next level with technology that taps into third-party APIs for customisation of some of its content (I understand it has 14 people currently working on the next book).

However, he did concede that the timing was good with a relative abundance of capital available and plenty of offers on the table. The result is that the company believes it’s now in a very strong position to grow faster and invest significantly in R&D in order to keep creating “magical moments” for kids.