Grant Imahara Contributor
Grant Imahara is a collaborator and spokesperson for Mouser Electronics. In addition to his roles on Mythbusters and Battlebots, he is the inventor behind many robotic characters, including the Star Wars prequel-era R2-D2, Craig Ferguson's robot sidekick Geoff Peterson on The Late Late Show, and the rhythmic arms on the Energizer Bunny.

Like many kids in my generation, I grew up with Star Trek. I’d watch the original series in re-runs and then the Next Generation in college. I found their take on space exploration fascinating and wondered if we would ever be able to explore the galaxy like Captain Kirk. In reality, space is one of the harshest environments that we as humans can face. Since we’re used to our oxygen-rich, solar-powered, radiation-shielded, one-g Earth, in order to explore the cold vacuum of outer space, we need a tremendous amount of ingenuity and determination.

Let’s take a look at some of the problems we face with actual manned space travel and see how movie and TV makers solved them compared to real life.

Space debris is a problem the International Space Station (ISS), shuttles and satellites have had to deal with on more than one occasion. NASA has strategies and procedures in place to protect both astronaut crews and expensive unmanned missions from the same fate that the ISS and the Tiangong Space Station faced in the film Gravity.

But what about traveling in space? Imagine traveling at high velocities through space and constantly being worried that a fist-sized rock will punch through your hull, decimating your craft and endangering your crew? Of course, the Enterprise has a deflector array to avoid these deep space collisions. Until we learn to master gravitons, we need powerful sensors to look ahead and carefully plot courses to avoid collisions. 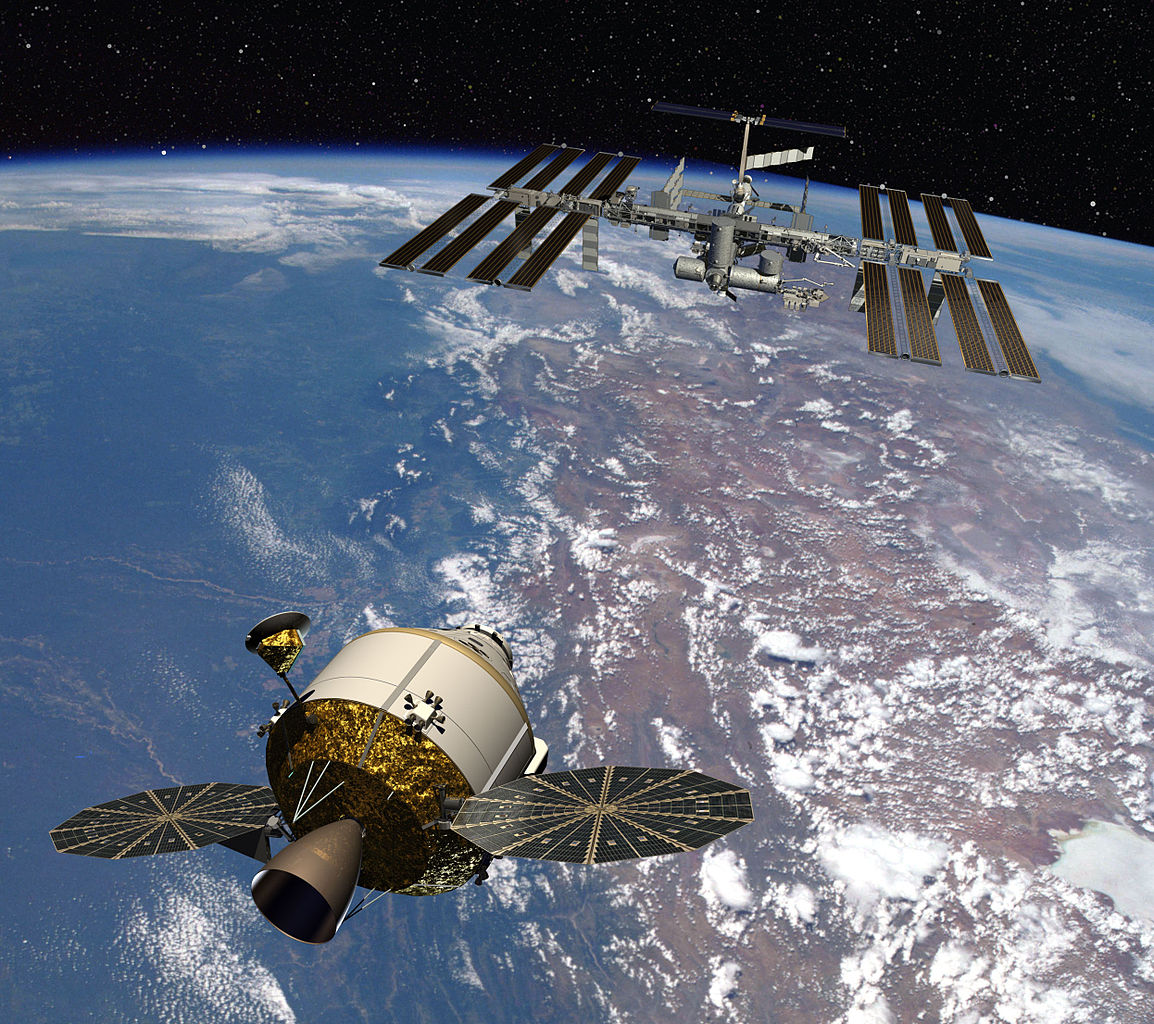 What if something hits your craft and you’re stranded millions of miles from home? Standard radio transmissions from Mars could take up to 21 minutes to reach Earth, and another 21 minutes for the response. That’s a relatively long time to wait for a signal.

In the Star Trek universe, they send their long-distance messages at faster-than-light speeds through Starfleet’s subspace communications array. But until we develop such a technology, we’re stuck with a long-delay conversation. And an even longer wait for help to arrive.

Another problem that weighs heavily on astronauts’ minds is gravity, or the lack thereof. Astronauts aboard the ISS need to be mindful of the dangers posed to their health in a zero-g environment. While living on Earth, the idea of gravity is as natural as breathing. Our muscles develop enough strength to keep us mobile. Without gravity, our unused muscles begin to atrophy.

Floating around in space may be a fun experience for astronauts, but without regular exercise, the return to normal gravity could prove very unpleasant physically. So how would travelers from Earth survive a five-year mission through space without the benefit of the artificial gravity present in the Enterprise?

One solution is artificial gravity through centripetal force. Seen in Stanley Kubrik’s 2001: A Space Odyssey, and possibly similarly experienced by you at a carnival, a spinning ring causes an effect similar to gravity due to the rotation and inertia, except that instead of pulling toward the center of mass, it pushes outward. This is similar to the centripetal force observed when spinning a bucket full of water on a string. Water stays in the bucket even when the bucket is upside-down. 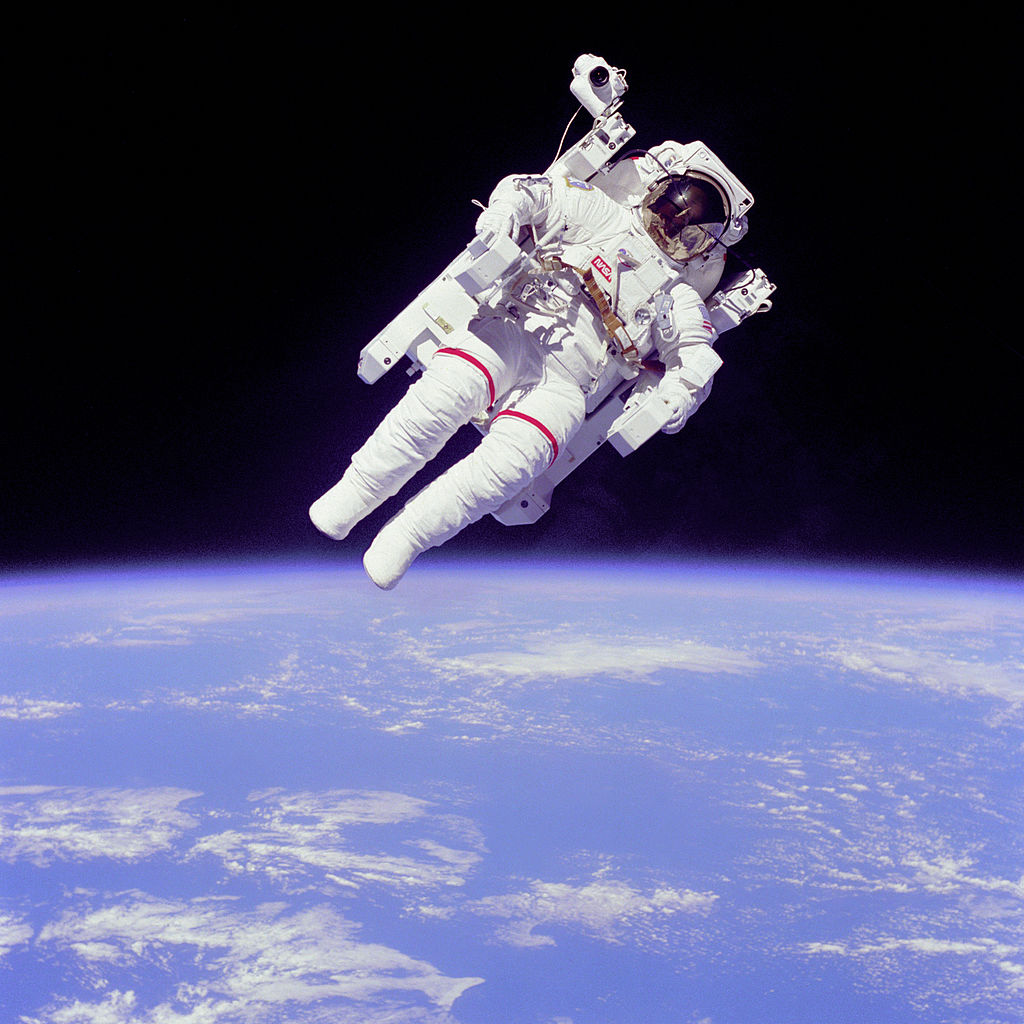 Perhaps the greatest challenge of all is overcoming the speed limit of matter and information in the universe as set by Einstein’s Theory of Special Relativity. The Enterprise gets around this rule by using the explosive reaction of matter and anti-matter, focused through dilithium crystals to power its warp core. This core generates a “warp” field in spacetime, creating a subspace bubble around the ship that allows it to travel at faster-than-light speeds.

But in our world, along with faster-than-light (FTL) travel through space, not only are there incredible energy problems, but there is also a set of side effects. Moving at great speeds or moving away from gravitational masses causes a strange effect on time to observers as explored in the recent film Interstellar.

Because of this, moving at FTL speeds would cause time to slow down for the traveler, relative to those who are Earthbound. An hour could be years with enough velocity. While this is exciting news for time-travel fans, it’s not so great for the friends and families of the travelers.

These and many more challenges are standing in the way of our exploring the cosmos. The beautiful thing about Star Trek and so many other science-fiction worlds is that they inspire us to overcome them.

A whole generation of engineers, scientists and astrophysicists list Star Trek as the reason for their chosen fields, and with their help, it’s inevitable that humanity will soon see itself traveling through the cosmos, seeking out new life and new civilizations, boldly going where no one has gone before.