BloomThat wants to be the “Make someone happy” button. Open its app, choose between a few curated bouquets, and a beautiful flower arrangement is delivered to someone you care about in 90 minutes. Y Combinator fertilized the startup in 2013 before it raised $2.1 million from SV Angel and Ashton Kutcher’s A-Grade to blossom in the SF Bay Area.

Now BloomThat has found roots in a business model where it doesn’t stress about the delivery itself. That logistics layer might get snatched up by Uber, and BloomThat can easily outsource it. Instead, it’s just raised a $5.5 million to double down on making fresh flowers and heartwarming gift boxes available for delivery and delightful upon their arrival. That money from Forerunner Ventures, First Round Capital, and others also let BloomThat plant itself in LA, with plans for East Coast regional service around New York. 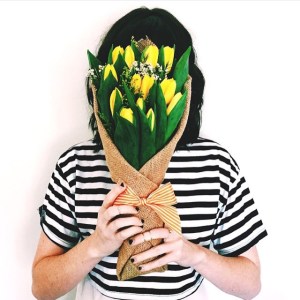 With the flower giants like 1-800-Flowers, FTD, and ProFlowers resting on their laurels, BloomThat has an opportunity to modernize big business. It’s already delivered over 100,000 blooms in the Bay with an average of 500 orders daily. Those are handled by its 60 corporate employees that the founders says work in “the best smelling office in San Francisco”.

“We we made the pilgrimage to SF naively, without knowing what we were getting into”, BloomThat’s founders David Bladow, Matthew Schwab, and Chad Powell tell me. “We threw ourselves into the abyss of stupidly stating something and seeing where it took us.” Coming from 100 hour weeks at Apple’s advertising agency, one thing Schwab knew for sure was how hard it was to maintain a serious romantic relationship. By the time he’d gotten out of work, “there was nowhere I could buy flowers. That definitely led us to thinking ‘why can’t I do this on my own time?’” he says.

At first they considered a wide-ranging relationship concierge service that wouldn’t exactly put being thoughtful on “auto-pilot”, but would make it a lot easier. Realizing that was too broad, they homed in on taking the confusion and trepidation out of picking the right flowers and having them delivered lickety-split.

“Let’s curate this to the point that you could close your eyes and point at any item and have a good experience” Schwab explains. The team settled on offering six to nine options on its site and iOS app ranging from simple succulents to indulgent arrangements, allowing on-demand gifting with as little as $25. BloomThat scored a spot in Y Combinator’s Summer 2013 batch, which pushed it through several iterations. 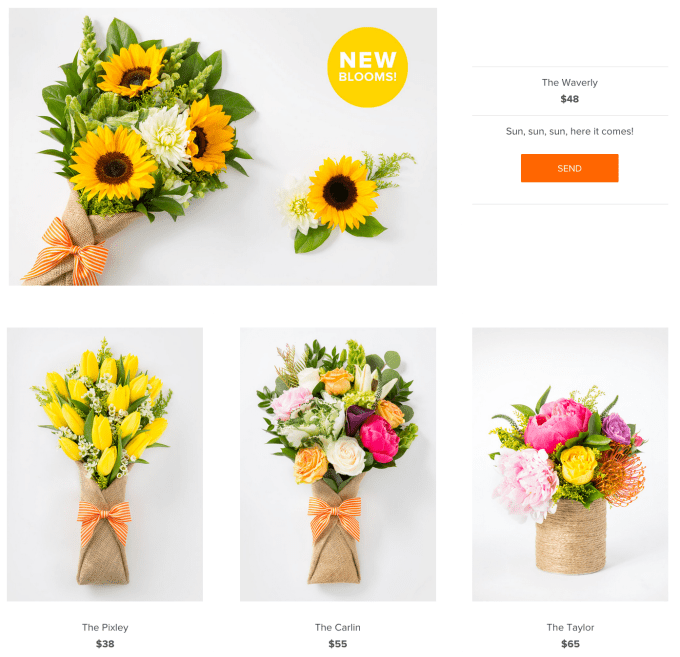 What started with some buddies constructing bouquets in their backyard led to sending its branded materials to local florists. Eventually it outstripped those providers and moved towards vertical integration with an assembly line packaging up petunias. Couriers would scoop these up from centralized distribution points near its most popular San Francisco neighborhoods, minimizing the delivery distance.

But now, Bladow tells me it will exclusively outsource delivery, which seems like the wise move. “The majority of deliveries are accepted by a door man or front desk any ways. It wasn’t worth the investment.” No one cares if the courier is wearing a BloomThat shirt. The money is better spent making the flowers fresh and beautiful. Schwab says BloomThat’s success depends on how much happiness it generates in the first eight seconds once you receive your bundle of leafy love. 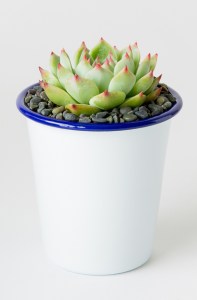 The whole logistics business is likely to be swallowed up by a larger startup anyways. “I gotta think an Uber solves it, or someone massive with the economics to make it make sense. I think it’s going to be platform you plug into” Bladow says.

BloomThat is now unit economic positive, and takes about six to nine months to break even in a city. Bladow admits it’s “not profitable in terms of the total operation, but unit economics are in pretty good shape. Our average order is over $50.” It’s just gotten going in LA, and provides next-day delivery across California. It wants to do the same for the East Coast with 90 minute drop-offs starting in NYC.

Without the last mile headache, BloomThat can focus on other ways to beat out the incumbents. “Speed and convenience are not necessarily their strong points. 8-hour or next-day delivery with a massive fee. It was basically twice a year behavior on obligatory occasions” Bladow tells me. “The bar set pretty low.” If BloomThat does it right, it won’t just steal their business, but turn acts of kindness into a more frequent behavior.

That’s where its new gift boxes come in. While the team I’m imagined men as their core buyers, BloomThat’s customer base would turn out to be 70% female. It needed better gifts for dudes, not just from them. It’s Maverick box includes an assortment of upscale beef jerky, and its Father’s Day package includes bourbon and trays for making those big, fancy ice cubes. 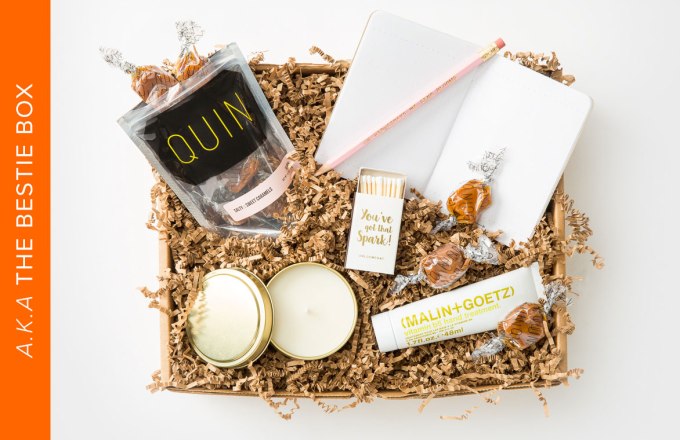 Women buy for women too. Flowers are nice for a celebration or condolences, but sometimes you just want to cheer someone up after a shit day. BloomThat needed more ways to say “you’re important to me” without “I’m trying to seduce you.” Plus, while pretty, some people dig a more functional gift. So its “Regina” box comes with salted caramels, a lemongrass sage candle, and a journal.

The $5.5 million in cash from Forerunner, First Round, Vaizra Investments, Rothenberg Ventures, and SherpaVentures will fuel hiring and marketing. But Schwab is confident that the joy of giving and receiving BloomThat is its own best promotion. “You remember taking your first Uber and being like ‘Holy shit!’ We see that with our customers, spreading it virally. We invested in the customer experience early and we’re seeing that pay off.”