Reddit, the hugely popular online community know as the ‘front page of the internet’, has dropped the hammer on five groups on its site judged to be in violation of its policy against harassing users.

“Our goal is to enable as many people as possible to have authentic conversations and share ideas and content on an open platform. We want as little involvement as possible in managing these interactions but will be involved when needed to protect privacy and free expression, and to prevent harassment,” Reddit said in an announcement.

“It is not easy to balance these values, especially as the Internet evolves. We are learning and hopefully improving as we move forward,” the blog post further explained.

Feign astonishment for a moment. A vocal part of the Reddit community is — unsurprisingly for anyone who knows anything about the site — furious about the ban on these groups.

Their response? To flood the site with content that harasses Reddit CEO Ellen Pao. Many are also threatening to leave the community in response to the ‘censorship’. 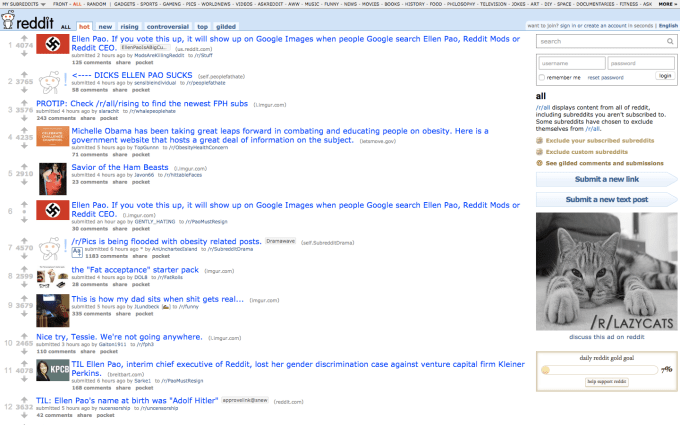 Reddit is representative of many different kinds of views and interests, right from harmless fun like cats, parenting, cooking and travel, to more sensitive topics such as race, sexuality and more.

The site’s worst trolls are notorious for making parts of Reddit an utter cesspool of vitriol. Yet, though Reddit does its best to allow free speech, there is clearly a line that needs to be drawn. The problem — in my eyes, at least — appears to be a selective enforcement of this line: some vulgar subreddits are shuttered while others live on. That makes bans seem arbitrary in nature, and thus provokes this kind of reaction.

If Reddit’s most extreme members did leave, that might not be such a bad thing after all, but it would represent a very different site. But then we have seen outrage over “censorship” with the site in the past, so it remains to be seen how this episode will play out over the long term.

“While we do not always agree with the content and views expressed on the site, we do protect the right of people to express their views and encourage actual conversations according to the rules of reddit,” Reddit said. 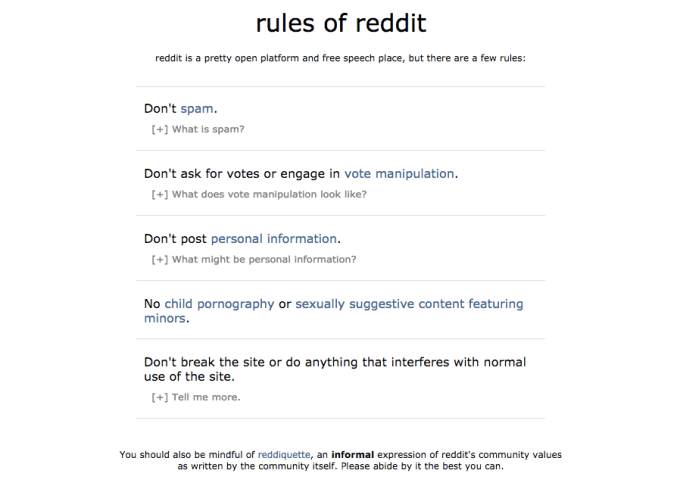