Cornell Tech is introducing a new way for its master’s students to transform their ideas into real companies — those students can now compete in the Startup Awards, with winners receiving $40,000 in seed funding, as well as a year of free co-working space in The New York Times building.

At a campus event last week, Dean and Vice Provost Daniel Huttenlocher said that the aim of the awards is to “bridge that gap” between a promising idea and a venture-backed business. He noted that while some student projects had real potential, “No sane angel investor would invest in most of the things these students have done by the end of the summer” — at least, not on the kinds of terms that entrepreneurs would want.

So thanks to the Startup Awards, some of the students will have the resources to continue working on their ideas after they graduate. Then, once they’ve got a real product and maybe even real customers and revenue, they can go out and raise more money.

Unfortunately, I didn’t get to attend the actual Startup Awards competition, but I met a number of the participants, and I attended the final meeting of the Startup Studio class.

That class is led by investor and entrepreneur David Tisch, and it’s where students team up and develop their ideas. The session I attended doubled as a rehearsal for the awards, which meant that I watched some presentations that were still pretty rough.

One of Tisch’s favored tactics involved asking the class, “Raise your hand if you thought that was good.” Sometimes, zero hands went up, and Tisch would go on to explain every element of the presentation that was wrong. Not that it was all negative — there was plenty of praise, too. And afterwards, Tisch explained that he tries to strike a balance: “This is a school, and I have to be respectful of that environment while also pushing people to think of this commercially.”

He added that by exposing students to the startup world and getting some of them to work directly on new products and new companies, he sees Cornell Tech as providing “a foundational piece of the New York tech ecosystem.” 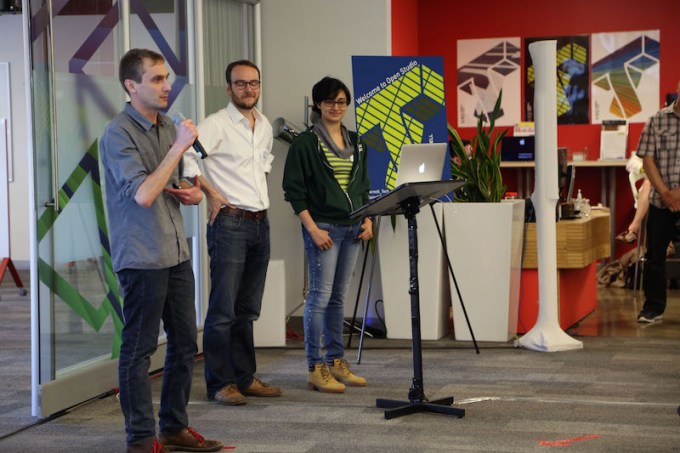 Anyway, the whole point of critiquing someone in rehearsals is to help them get better, right? And indeed, when I came back a couple of weeks later, for an Open Studio event where students presented their ideas to investors and other outsiders, the pitches were a lot more polished. In fact, the best ones might have done just fine on-stage at Disrupt.

Talking to the students afterwards, they sounded both excited and tired. After all, they’d spent a semester building a startup pitch deck and prototype, while also making time for their regular coursework. Neil Lakin, a computer student on the team that built Mynd (I’ll share more on the winning projects in a second), laughed and said it was “a crazy way to get a degree.”

Some teams, including Mynd, also faced the dreaded pivot — they realized their initial idea wasn’t going to work and scrambled to prepare another. There was even a startup called Pace that was actually developed outside of class. That meant team members, including MBA student Steve Wall, had to juggle not just their Startup Studio project and their coursework, but also an additional startup.

“We made it harder on ourselves,” Wall admitted. But he suggested that even though Pace wasn’t officially part of the class, “We got a lot of support. I wouldn’t say people didn’t challenge us, but there was a fair opportunity to prove yourself.”

The graduate students I talked brought up many of the same startup issues that I hear about from full-time entrepreneurs. It made me wonder about the line between the academic and commercial worlds. After all, my alma mater Stanford has been praised for its vibrant startup culture but also mocked as “a tech incubator with a football team.”

Cornell Tech’s Chief Entrepreneurial Officer Greg Pass argued that there’s a fundamental difference between the Cornell’s approach and that of an incubator.

“If we were an accelerator, it’s really mostly about the company first and the entrepreneur second,” he said. “In school, we’re invested in the success of students, not their ideas. Their idea is secondary to creating an environment for delivering lessons that will benefit them for their entire lives.”

Blackstone’s executive director Amy Stursberg explained via email that the foundation is “focused on building and supporting entrepreneurial ecosystems in targeted regions across the US and globally,” and she said it has committed more than $30 million to these efforts over the past five years. As for why it’s supporting Cornell Tech specifically, Stursberg said the program “supports the most promising student companies, allowing these startups to stay and grow their businesses in New York City.” 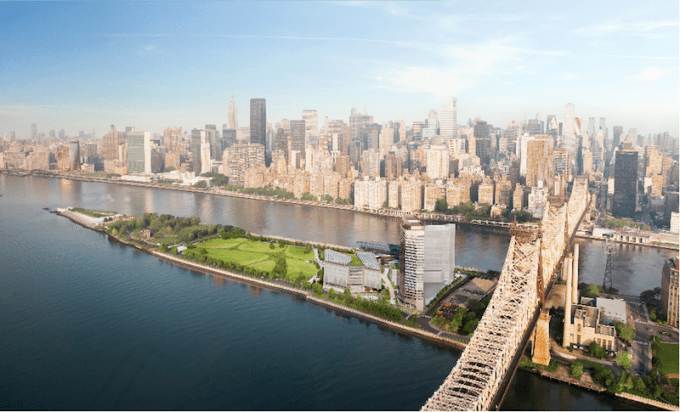 Forest City Ratner has an going relationship with Cornell Tech — it’s also creating a corporate co-location building on the permanent Roosevelt Island campus, which is scheduled to open in 2017. (Until then, the program is housed in the Google building in New York’s Chelsea neighborhood.)

CEO MaryAnne Gilmartin described the building as a place where the commercial and academic worlds can collaborate. By providing office space to these initial startups, she said Forest City Ratner is creating “a living, breathing case study” for the larger building — in two years, the company should have a “well-honed process and real deep understanding of what they need in the workplace to be successful.”

Anyway, that’s the story. Here are the actual winners. Hopefully we’ll be doing more in-depth posts about the ones that succeed in getting off the ground.