On April 1st, Pinterest’s country manager in Japan Naoki Sadakuni got some of the engineering support he’d wanted for a while.

Five team members from Pinterest’s headquarters arrived to the company’s Tokyo office in an experiment the company is running called “Jumpstart.” It’s Pinterest’s first run at shipping a small team from the company’s home base in San Francisco to a remote office, and telling them to basically figure out how to make Pinterest better for that country.

“We pick the places we pick because they’re mature markets, they’re countries that lead their region culturally” Pinterest co-founder Evan Sharp said. “[The jumpstart team has] 3 months to do whatever they want to to the Japanese product, and the bigger the change, the better. The plan is really develop a playbook to grow internationally. As much as their goal is to increase growth, we want to get more insight on how we should grow internationally.”

Starting with Tokyo, Pinterest is hoping that it will learn enough to start building a playbook for other regions and other remote offices — like Paris or London. (Pinterest is actually doing well in France, Sharp said, though he would not divulge any numbers.)

The team is diverse, consisting of engineers, product, and design employees from Pinterest’s headquarters. The team of five is hand-picked from the company’s more than 500 employees, considered strong candidates and self-starters. That’ll be important for the remote office, because there’s a 16-hour time difference, and they’ll basically be on an island for the next three months.

“This isn’t a junket to hang out in Japan for 90 days. We know what we’d love to see — we want them to bend of the curve. This is a huge opportunity, this is a privilege. We ask them, ‘do you understand this is the case?’ We’ll take care of you, can you help us figure out what we need to be doing in Japan from a product perspective.”

There’s a reason for the diverse group Pinterest sent to Japan. The company is not solely an engineering company, like many in Silicon Valley, Sharp said. It is instead a sort of intersection of designers, product people and engineers, influenced by CEO Ben Silbermann’s more logical nature and Sharp’s design-heavy background from his time at Facebook. That will be important going forward, including internationally, because Pinterest is centered around attracting users that are looking to post things that represent some kind of creative expression.

“This isn’t a junket to hang out in Japan for 90 days. We know what we’d love to see — we want them to bend of the curve. This is a huge opportunity, this is a privilege. We ask them, ‘do you understand this is the case?’ Michael Lopp

To be sure, Pinterest’s Tokyo office was not empty — it consisted of six employees, including Sadakuni. Japan’s headquarters for Pinterest had employees heading partnerships and community management to manage its increasingly large presence in Japan, which had grown with little focus on specializing the app for the Japanese population.

But with fresh blood, the team, which recently moved to a new office (that was designed based on a board that employees pinned things to naturally), is hoping to figure out how to customize the app in such a way that will make it even more palatable to Japanese users. The company, Lopp said, is not looking to simply increase its performance by just a few basis points.

“I was dreaming about having engineers, and it finally happened,” Sadakuni said. “I’m super, super happy about that. I clearly see a great dynamic between the local team and jumpstart team — sometimes the jumpstart team has questions about the insight of japan, and the local people love giving these insights, and vice versa.” 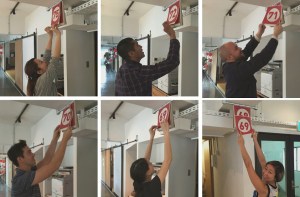 The jumpstart team is well aware of the pressure that’s on them. Every day, the team peels a day off a calendar that marks how many days they have to produce some significant results for the company, and takes a photo of it.

It’s about a month and a half in, and so far the results look good, Lopp said. The team has started experiments with a new discovery tab in its iOS app, a page of uniquely curated content that local users can see on the search tab before browsing categories. Pinterest has a new onboarding experience tailored to Japanese users and a new discovery experience. The company’s monthly active users in Japan have more than doubled in the past year, and today international usage accounts for 40% of Pinterest’s users.

Jumpstart is still an experiment. It’s one of many that Pinterest is constantly running in order to figure out how to grow into its status as a multi-billion dollar company and continue to drive its business. That might be a little easier in Japan than other regions. There is a lot of cultural overlap, Sadakuni said. For example, Japanese culture highly values food — from presentation to taste — and recipes are one of Pinterest’s strongest categories. Japanese culture also values very niche topics that people value very deeply, another area that Pinterest specializes in with its interests feature.

There are a number of ways Pinterest is exploring to customize the experience for Japanese users. The first time user experience is critical, but so are the results that come up on searches, and which interests users discover. In the end, Pinterest is a discovery engine, and what Japanese users are looking for may be different from what domestic users are seeking.

The playbook will of course differ from country to country, but Pinterest is hoping to figure out the fundamentals with its new jumpstart program. “If we get to 90 days and say here’s the playbook, that’s winning,” Lopp said. “I would love metrics to be moving, of course that’d be a great business outcome, but I need to build a scalable machine here.” 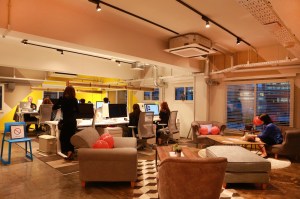 The importance of Pinterest’s expansion into international markets can’t really be understated. While the domestic opportunity is still massive, the rest of the planet’s 7 billion-ish population exists outside the United States. Facebook’s user base is mostly international, and for the most part, that’s where the largest opportunity for any company expanding lies.

“We don’t talk about numbers at all, but we should probably start doing that,” Sharp said. “When I look out in the future, the majority of our users will be outside of the U.S. It’s a lot of people outside the U.S.”

With a stronger flow of users — and more engagement in different regions — comes a better business. If users pin more things and come to the app and site more often, that’s more eyeballs it can present to advertisers, which will allow the company to generate even more revenue. Pinterest can then re-invest that in new experiments (perhaps more jumpstart teams) and continue to grow the company. 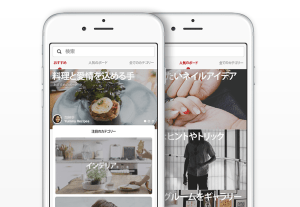 Pinterest is also a gold mine for advertisers because it is very forward-facing. Its user base comes to Pinterest for inspiration, whether that’s for a meal they plan to cook in the evening or how they are planning to design a living room. Capturing that intent, for which there is a large hole in the advertising world, represents a massive value proposition for brands. Pinterest’s user base represents one that fits the whole advertising spectrum, from increasing brand awareness (referred to as the top of the funnel) to getting a user to act on something, like downloading an app or buying a product.

And of course, Sharp isn’t shy about saying that all of this helps with employee retention at the five year-old company.

“I’m definitely getting some lift out of that from morale perspective, it’s exciting,” Lopp said. “[Pinterest employees] especially like the idea of maybe doing it in other countries like Germany or France. That’s not a primary motivator, but I’m sure the folks over there are really happy about being in Japan.”