You don’t want to own a drone. Or learn to fly a drone. Or hire someone full-time to fly a drone. And you definitely don’t want to pay for a helicopter, plane or satellite. You just want some aerial photos or videos of your work site, real estate or infrastructure. Now, thanks to DroneBase, you can get the benefits of unmanned aerial vehicles without the hassle.

DroneBase lets you commission a drone and its pilot for commercial jobs. You just submit your request online, DroneBase finds someone who can do the gig, they come fly and send you the media and data needed. The DroneBase marketplace is now open for business in Los Angeles with plans to expand.

DroneBase has the potential to both disrupt old ways of getting aerial imagery or doing heavy industry inspections, but also open up options to businesses that couldn’t afford it. Now after graduating from Y Combinator, DroneBase has raised a seed round led by Union Square Ventures and joined by SV Angel, Rothenberg Ventures, and Launchpad LA. 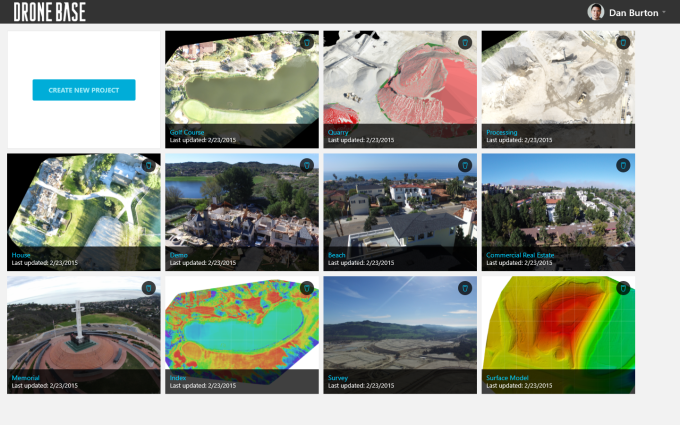 From Military To Everybody

“I was a marine infantry officer,” DroneBase co-founder Dan Burton tells me. “When we’d go on patrol in Iraq, we’d have air cover from a pair of F16s.” While those fast-flying jets might be great at shooting down other fighter planes, Burton says “You’d want to know what was behind the wall 20 feet away and they couldn’t always solve that problem.” But drones could, and he soon realized they’d have plenty more uses back in the civilian world.

After his tour, Burton came to California and learned about the budding commercial UAV business. “I was driving around with five drones in the back of my truck” doing jobs shooting photos and videos for construction companies, mines, real estate agents, and more. “They didn’t want to own drones. Ones that bought them would often get frustrated because six months later ones would come out at half the price, and they had to hire employees to fly them. They just wanted the output,” Burton said.

Meanwhile, he grew closer to the community of drone hobbyists turned part-time professionals. They wished they could make a living as drone pilots, but many struggled with the sales, marketing, and payment aspects of their business.

So Burton came up with DroneBase to solve problems on both sides. “The vision for this company is to enable the professon of drone operator” Burton tells me.” And on the customer side, drones are a very intimidating, advanced technology. We want to make it as simple as pushing a button.”

Burton linked up with Eli Tamanaha, a veteran developer from Microsoft, Amazon and Netflix, and together they built a rough prototype of a marketplace for drone services. While dogfooding the product, Burton and Tamanaha ended up drone videoing a scheduled explosion at a mine, which became its homepage.

For now, DroneBase is focused on three verticals:

To keep things simple, DroneBase charges $399 for a set of 15-20 HD photos, 3-4 videos, and an edited final video showing the best angles of an area; and $499 for surveying under 50 acres plus producing a high-res orthomosaic map with basic surface area and volumetric calculations. DroneBase plans to take a commission of around 15 percent on jobs.

Drone pilots will find missions they’re qualified for in their area on the site and be dispatched with instructions. Many times, the business doesn’t have to do any hand-holding or even meet the pilot on site. The operator just collects the data and images, sends them to the client, wipes their memory cards, and goes to their next DroneBase job. 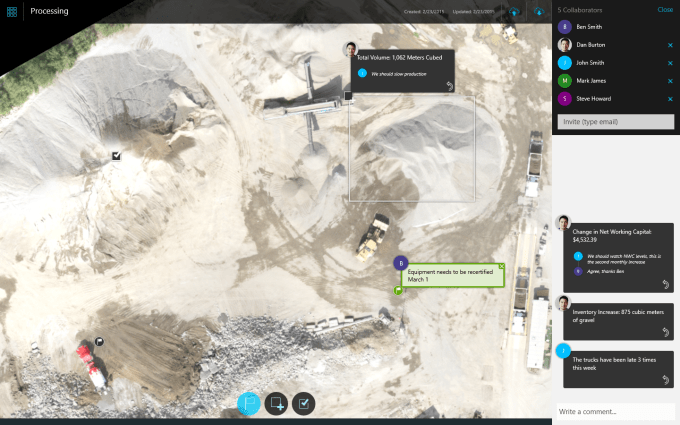 Luckily, most of these jobs fall within the FAA’s rules, as the drones are flying under 500 feet within a line of sight of the pilot with permission of the land owner. Eventually, Burton hopes to allow businesses to rate their pilots on the imagery and data they produce, and let pilots earn certifications for different specialties. Burton insists that “safety is my #1 priority. We’ve turned down jobs for that reason.”

DroneBase’s site is still rough, but then again, the commercial drone rental market is still in its infancy. With time I expect DroneBase to become easier to use while offering a much wider range of bookable services. It also wants to build better tools for collaborating and annotating data, which could create repeat customers that want to update or combine data from multiple work sites.

Turning Passion Into A Profession

The money from Union Square Ventures and others should help DroneBase take off. Burton tells me he chose Fred Wilson’s fund because the team was humble and helpful, and because of their investment thesis that network effect businesses win, which led them to success with Kickstarter, Tumblr, Twitter and Etsy. Wilson writes that he wanted to invest in drones because “they represent a 10x improvement in cost and speed over things they replace.” 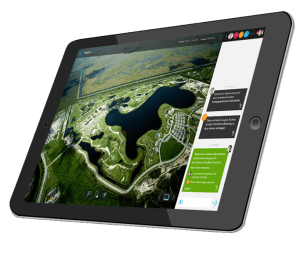 While Burton says DroneBase can get businesses what they’re already paying helicopters, planes, or satellites for at one-fifth of the price, he tells me the larger market is all the companies who couldn’t afford aerial imagery before. While DroneBase is an early mover, he’s not too worried about similar marketplaces springing up, saying “The first competitor is non-consumption.”

Big drone manufacturers like DJI have been getting a lot of attention. But the hardware will become commoditized. It’s the hard-to-replicate software that controls the drones like Airware and Skydio, and the networked businesses like DroneBase that democratize access to these vehicles that could be the real money-makers.

But it’s when Burton talks about helping people do what they love for a living that his eyes really light up. “People are so passionate and crazy about flying these things. They’ve put a lot of time and money into developing the skill of operating a drone and I want them to have a profession.”