Xiaomi today took the wraps of off its newest smartphone, the Mi 4i, at an event in New Delhi, India. The device, its first to be designed outside of China and first to run Android Lollipop out-of-the-box, will be available for 12,999 INR (around $205) from April 30. It is customized for India where it will debut, but will be available in other Xiaomi markets too.

The Mi 4i packs a five-inch, 1080p display and the same (impressive) 13-megapixel rear-facing camera within its Mi Note phablet, composed of a five-element lens. The front-facing camera clocks in at five megapixels. Xiaomi’s VP of Global, Hugo Barra, who introduced the device, also revealed that its ‘beautify’ technology is now enabled by default for taking selfies… wrinkles be gone, as he demonstrated on his own photo. 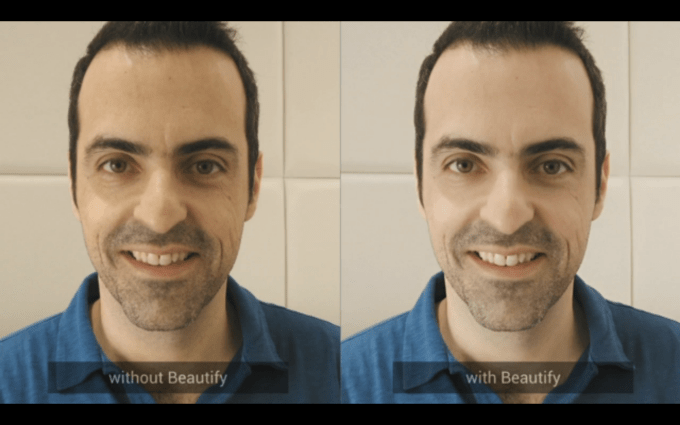 Anti-aging has never been this easy, or default

Under the hood, the Mi 4i is powered by a second generation Snapdragon 615 from Qualcomm, which includes an eight-core 64-bit processor. There’s 2GB RAM and 16GB of on-board memory — the Mi 4i is dual-SIM and includes support for 4G within both slots. That’s a pretty impressive return for your $205 investment.

Size-wise, the device is 7.8mm thick, weighing in at 130 grams, with a generous 3120 mAh battery. Barra said the phone’s quick charge feature enables a 40 percent charge within an hour, or a full charge inside three hours.

Xiaomi is putting a lot of emphasis on photo taking with its new phone. One interesting addition is a technology called ‘Sunlight Display’ which, as Barra demonstrated, increases the visibility of images on the display during harsh sunlight conditions. Xiaomi has also packed more into its HDR feature, which now includes gamma and contrast tuning, color correction, and low-light de-noising. The quest, it seems, is to help users take photos like the pros. 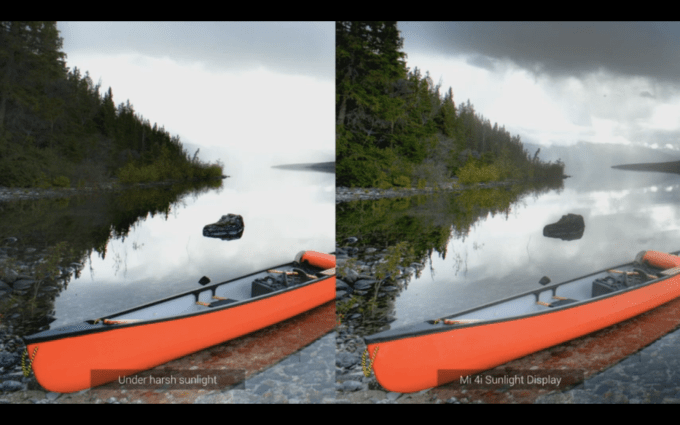 The company has regularly talked about the need to localize its devices to specific markets, and one ‘Indianized’ feature coming to its MIUI operating system is Visual IVR. That’s a text-based system that shows up when a teleprompter kicks into a call. Barra demonstrated how it can save time by letting a user skip through long-winded menus when calling up to check train times, for example.

The Mi 4i, which builds last summer’s Mi 4 and stands alongside this year’s Mi Note, will be available in five colors when it launches. Would-be customers will, however, have to negotiate Xiaomi’s notoriously frustrating flash sales for a chance to actually buy the new phone. 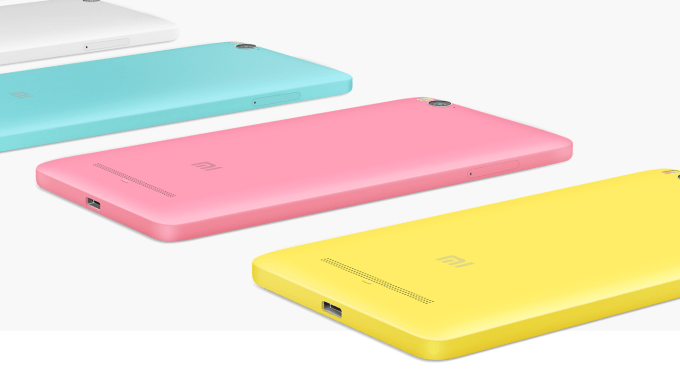 The event, which was broadcast via a live stream that stuttered at times, also included a rare English-speaking cameo from Xiaomi CEO Lei Jun, who told the (seemingly) delighted attendees that they’d all go home with a Mi Band, its wearable going on sale in India very soon.

Xiaomi’s first unveiling in India is the latest in a series of efforts to expand its business and visibility in the country. The Chinese company, ranked the world’s third-largest phone-maker based on shipment numbers, began selling its smartphones via Amazon and Snapdeal for the first time and also through offline retail outlets from operator Airtel and The Mobile Store. Xiaomi’s Mi devices were initially only available via online retailer Flipkart thanks to an exclusive deal.

Details of the Mi 4i are recapped in this Xiaomi video:

Note: The original version of this article was updated to correct the description of the sunlight display feature.