The Apple Watch has landed, so to speak, with deliveries officially arriving to the first pre-order customers around the world. Apple’s first wearable device has enjoyed one of the longest pre-launch promotional cycles of any of its products, and with good reason – it’s a very different gadget from anything Apple has created before.

We’ve had a few days to try out the Apple Watch and establish some early impressions, and from set-up to our initial daily use experience, the smart watch is definitely a novel experience in a computer device. As soon as you open the box, it’s apparent that Apple is working on a plan to change how we think about personal computing on a grand scale – the Apple Watch is not just, as some might think, a wrist-mounted notification display for your iPhone. 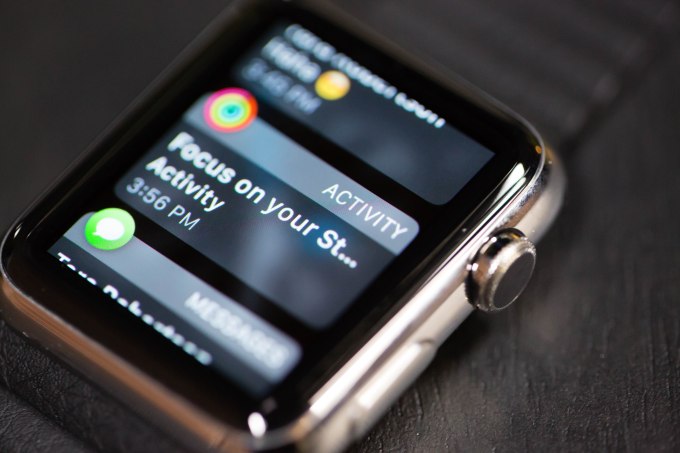 The setup of the Apple Watch is, however, primarily a phone-based activity. When you power on the device for the first time, it displays a sort of particle cloud graphic on its display, which is dynamic and animated and which essentially acts as a QR code might, albeit with stunning visual effects that have little in common aesthetically with crude black and white barcodes. In the Apple Watch app that’s now present on all iPhones running iOS 8.3 or higher, you tap a link to ‘Start Pairing’ and enter a camera preview screen. Centering the particle cloud graphic in the iPhone’s display will trigger the pairing process, connecting the two devices via Bluetooth without any messy manual menu work required.

There’s a bit of waiting involved after you enter your Apple ID credentials as the Watch transfers over any apps you already have on your device, but this can happen in the background and after a few minutes, you’ll receive a notification telling you you’re up and running. 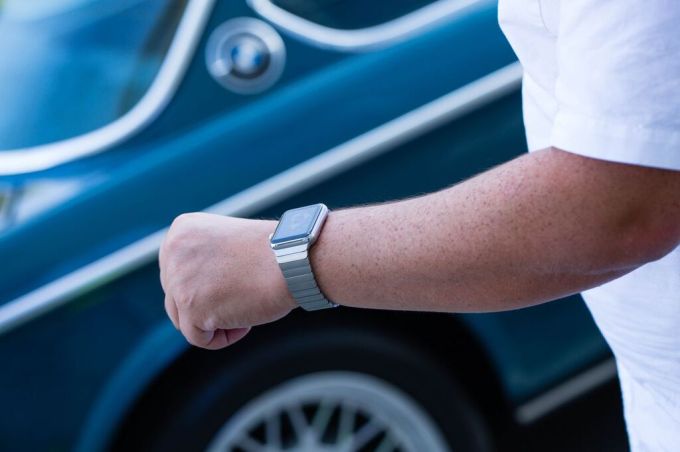 What’s unusual about the Apple Watch so far is that the setup process involves the most direct attention and interaction time you’ll spend with the gadget. Setting up notifications, health profile options and customizing your watch face are the most time we spent directly manipulating our devices thus far – the rest of the time, the Apple Watch works best when capturing your attention only for tiny snippets and select moments, during which you’ll probably use only a few short taps to dismiss a notice or format and send a quick response.

The Watch is a front-heavy device, meaning you spend a lot of time admiring the hardware, deciding on band combinations and finishes, and setting up the gadget to your liking, after which it melts pleasantly into the background, or at least that’s how it seems after the first few days. We describe the band swapping process and other setup information in more detail in the video above, but stay tuned over at our Apple Watch Diary, which will receive regular updates, as we share more about how we’ve been using the Watch (and how our experiences differ based on personal use cases) to get a clue how the gadget may or may not work for you.