The better Facebook’s video ads are, the less people will hate them and the more of them Facebook can show. The problem is most advertisers don’t know how to make compelling short-form video for social media. You know who does? Content creators like The Onion, Vice, and Funny Or Die.

Here’s how the company described the program in a blog post: 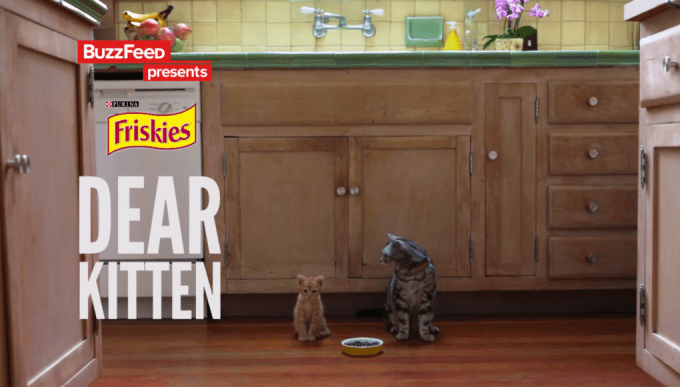 Essentially, when brands want to make top-of-the-line video ads for Facebook, the social network will pair them with the right video content creator. Together, they’ll make a video that showcases the brand, but that first and foremost is entertaining — way better than what the brand could make alone. The brand presumably pays the creator, and then pays Facebook to run the video ads.

In a way, Facebook is taking a cue from BuzzFeed. The millenial content and news site’s BuzzFeed Motion Pictures division makes viral video ads. They’ll take a brand like Friskies cat food, then make a hilarious video like Dear Kitten, where an older cat tells a younger one how to deal with humans.

Here, Facebook is turning all these other content creators into its own BuzzFeed Motion Pictures teams. If it works, Facebook could boost the quality of its video ads, allowing it to show more without annoying people and earn more money, all without actually having to hire video producers.