“1. Post your own photos and videos. 2. Keep your clothes on.” These and the rest of Instagram’s rules aren’t changing, but they’re being clarified in an update to its Community Guidelines today.

The question will be how far Instagram goes to enforce its ban on sharing what you don’t own the rights to, given that’s some of its most popular content. Inspirational quotes, memes, TV screengrabs, and concert photos could all be considered against the rules if someone reports you for sharing them.

“The policies are exactly the same as they were, but we’re trying to give people a more transparent document” says Instagram’s director of public policy Nicky Jackson Colaco.

Here’s a look at Instagram’s old Community Guidelines, and here’s the new version. Colaco tells me “The one we’re currently using were created when the site was really small, and now we’re over 300 million actives strong with many many people outside the US.” Her goal was to make a set of policies that work for the entire globe. 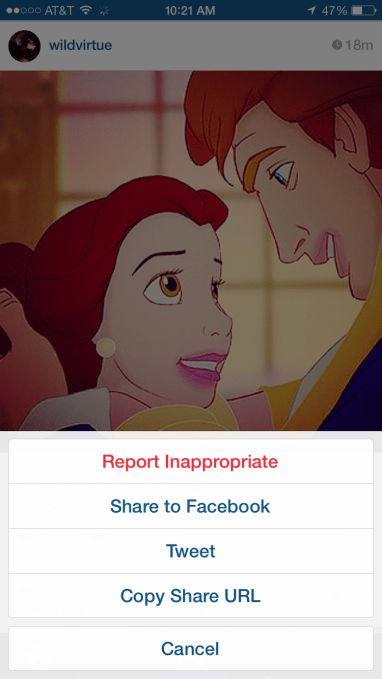 Below are the most controversial main points clarified in the new terminology:

* – Colaco tells me photos of alcohol, tobacco, and most interestingly, marijuana, will not be prohibited, and that the ban on drugs mostly relates to hard drugs.

But Are They Enforceable?

While Instagram’s policies might keep it clean and avoid it getting shut down in conservative countries, some view its guidelines as unnecessary censorship. 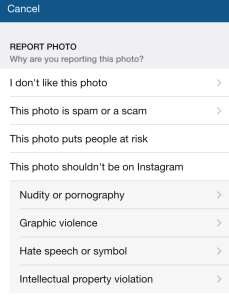 Ronen V, an Internet artist and outspoken opponent of the ban on artful nudity tells me “Facebook’s rules about what art/speech to censor are still in many ways more sexist and repressive than the Catholic Church was in the 1500s, when painting and sculpture were their photography. But at least spelling out the rules will make using Instagram less of a russian roulette game for creators, now that we can see exactly what’s approved speech and what’s verboten.”

Colaco counters that “we obviously want to be a place where people are really creative and express themselves. The hard part is that there is no one standard for this stuff. It’s really tough to judge when something crosses the line.” So Facebook decided to draw the line very conservatively, accepting that it will impinge on people’s ability to share art in order to avoid offending anyone.

These clarifications could help creators avoid getting their accounts suspended for bending or breaking the nudity rules. But here, Instagram gets help from people readily using the “Report” button to flag racy images. Policing copyrighted content will be a lot tougher.

Make no mistake, unauthorized re-sharing is huge on Instagram. Lolcat-style Internet memes, sappy life-affirming quotes, and captioned screengrabs get tons of Likes. There are whole accounts with millions of followers devoted to curating this content, and some even get paid for sharing the occasional brand sponsored post. 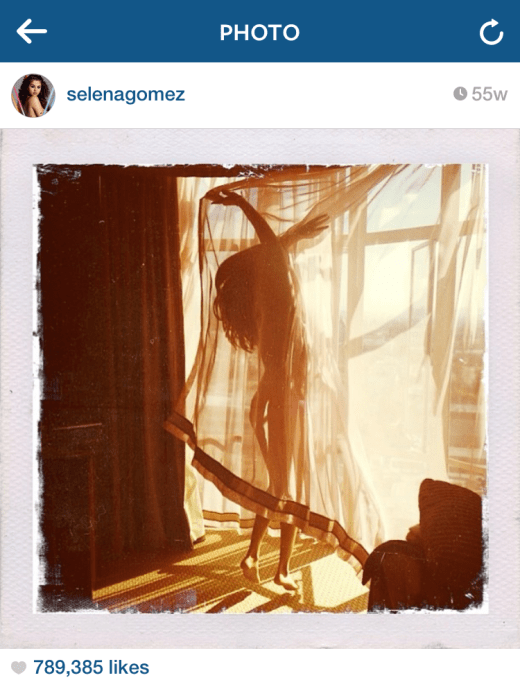 This photo sparked a debate about Instagram’s morals

Unlike other user generated content networks like YouTube and SoundCloud, Instagram doesn’t offer any copyright fingerprinting system to automatically remove infringing media. “We’re a couple of years old. I expect that we’ll have better and better tools for this stuff going forward” Colaco tells me. But for now, she says content owners will have to manually comb through Instagram report people who share their content without permission to have it taken down.

But that’s totally infeasible. With 70 million photos shared per day, some privately, there’s no possible way for content owners to keep unauthorized sharing in check. The best they can hope for is to spot it when shared by especially popular accounts, but even then, it will probably have reached a massive audience given the real-time, unfiltered nature of Instagram’s feed.

Instagram sure doesn’t make it easy to report copyrighted content, either. While you can report most other types of violations right from the Report button in the app, you have to fill out an obscure separate form for copyright issues.

When I asked about several popular Instagram accounts that pull other people’s memes from the web, and post them without attribution, Colaco implied that Instagram wouldn’t be going on the offensive. Copyright holders would have to step up before Instagram takes action.

That creates a gap between the policy and enforcement. Instagram says you can’t post other people’s stuff, but it won’t go after those who knowingly do so unless their victim comes forward. It’s essentially making a bold claim about protecting rights holders and reserving the right to take down what it wants. Still, Instagram knows it’s built a business on re-shared content, and won’t proactively remove it unless the company’s hand is forced.