Amazon’s X-Ray is a great Kindle feature, providing a healthy heaping of context on demand about things like plot, characters, authors and more. Now, it can also offer context for movies and TV shows, on Fire TV and Fire TV Stick devices with a new, free, over-the-air update going out today.

With the new update, you’ll be able to figure out where you’ve seen actors and actresses before directly from the on-screen interface, with information about cast, crew, trivia, soundtrack and more supplied by IMDb, which is most likely where you’d navigate yourself on your smartphone, tablet or laptop to look up facts about what you’re watching anyway.

The new X-Ray feature for Fire TV is accessible using the set-top box’s remote, allowing you to ask questions like “what is this actor in?” right from the couch without having to pick up another device. It can also provide background info about the character they’re portraying, giving you more context if, for instance, you’re joining a TV show mid-way through its run and don’t feel like bingeing on back seasons to get caught up. 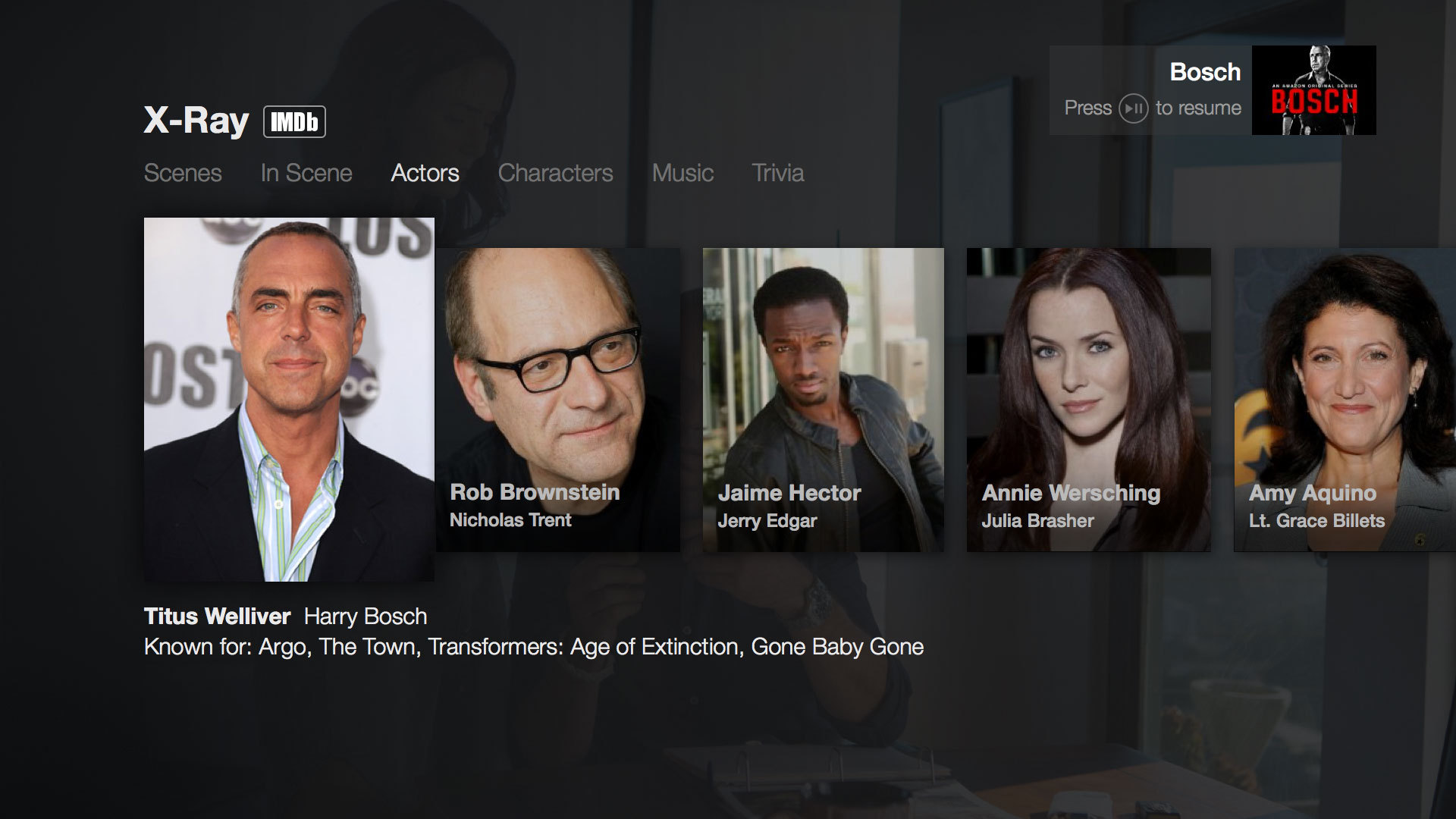 It’s a pretty cool feature, but one that I’m unsure how much I’d use in practice. It is true that I’m often curious enough to look up cast and other information about shows I’m actively watching on my devices, but the nice thing about that process is actually that it happens offline, without encroaching on the content you’re actually trying to view on the big screen. Something tells me I’m still going to prefer that paradigm, but this is an interesting way to unite first- and second-screen experiences nonetheless.