Ever since he was a teenager, Frederick Hutson has had a knack for business. When he was 19, he built a window-tinting business that he then turned around and sold for $50,000. 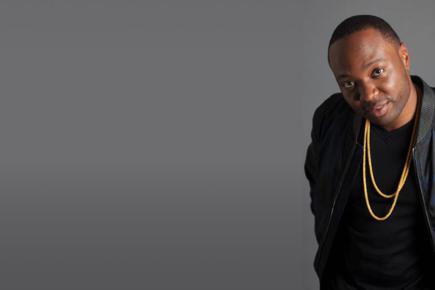 At 21, he saw his friends struggling with an illegal marijuana business and figured out how to efficiently traffic the drug across borders. They used shipping containers and vacuum-sealed everything.

He was perhaps too ambitious. Hutson ended up being federally indicted for moving two tons of marijuana.

“I feel like I was ahead of my time,” he said, referring to the marijuana legalization wave sweeping across the U.S. and the resulting startups and ‘potrepreneurs.’ “I went to jail for this. For me, it’s a little ironic.”

He would end up spending four years in prison. For most people, that criminal record ends up permanently destroying their employability or damaging their connections with their community and family, increasing the risk of recidivism.

But Hutson actually spent that time writing business plans. Whenever a copy of Inc, The Wall Street Journal or Wired magazine would make its way into the prison, he’d consume the whole thing even if there were pages missing or parts torn out.

“I was in jail for most of my 20s. I wasn’t a part of a lot of things that others get to be. But I’ve always been a highly, highly focused person,” Hutson said.

One of these ideas was a way to make prison calls cheaper. There are only a couple of companies that handle the vast majority of communications in and out of prisons because messages and letters need to be carefully screened. Because of this market concentration among players like Securus and JPay, it means that prisoners — who are already vulnerable and often lower-income — get gouged.

“While I was there, my eyes really started opening up. I started noticing how grossly inefficient everything was,” he said. “I thought, I know I can solve this problem. This is a real market.”

Pigeon.ly uses VOIP, which underpins bigger products like Skype, to create a local number that a prisoner can use to reach their family or friends. It’s substantially cheaper than dialing a phone number that’s out of the area code. Hutson says he can drop the cost of those same 300 minutes to less than $20. It’s still expensive, but three-fourths cheaper than existing competitors.

On top of that, they’ve built a photo-sharing service. Normally, family members have to print and mail physical photos to their loved ones in prison. Given how ubiquitous smartphones are, it’s pretty tedious to figure out how to get these photos off a phone onto a USB stick or CD, then go to a local drug store, print them out, pick them up and then mail them. Pigeon.ly will handle all of this automatically for the family, in a Shutterfly-like service.

Today, the company is supporting about 2 million minutes a month on the phone calls, and sending a quarter-million photos every month, too.

It’s a big distance from where he started. Hutson started working on the idea while he was living in a halfway house after getting out of prison.

“This desire came from freedom, and the ability to work on whatever you choose to,” he said. He would go on to participate in the NewMe Accelerator, which focuses on entrepreneurs who are from underrepresented minorities. Then he ended up raising a seed round in 2013 from Erik Moore at Base Ventures and Kapor Capital.

Not long after that, he relocated the company to Las Vegas where he works closely with the family of startups supported by Zappos CEO Tony Hsieh.

Hutson says that 1 percent of the U.S. population has a loved one who is in prison, given the scale of the U.S. mass incarceration system. He estimates it’s a $2 billion market. If you look at competitors, Securus sold to a private equity firm in 2013 for about a half-billion dollars while JPay told CNBC it had $50 million in revenues last year.

While Pigeon.ly is definitely farther along in terms of product and growth than some of its peers in the YC program, Hutson said it was valuable to join the program anyway. YC partner Michael Seibel, who co-founded SocialCam and Justin.tv, heavily recruited Hutson and has been a big advocate for diversifying each batch of companies.

“Being a minority founder building a company, Y Combinator can help. You need to have the right affiliations. You need to be in the right circles. We looked at this as an opportunity to get access to investors and talent.”