Nintendo is being unusually candid about its product roadmap, with news that it will work on mobile titles with partner DeNA, and a reveal of its next console project – or at least the fact that it’s working on one. Nintendo’s Chief Executive Satoru Iwata told a press conference today that its next-generation console will be called NX, and is currently under development with a “brand new concept.”

What Nintendo didn’t do was give us any indication of what NX is, or when it might arrive. Iwata did say that we’ll learn more about it next year, meaning it could make an initial appearance at E3 2016 or at its own dedicated unveiling. The news might be a candid admission that Wii U hasn’t been the home console Nintendo had hoped for, which might lead to a fast-forward refresh in the form of the NX, vs. an update cycle more in time with its competitors Sony and Microsoft. 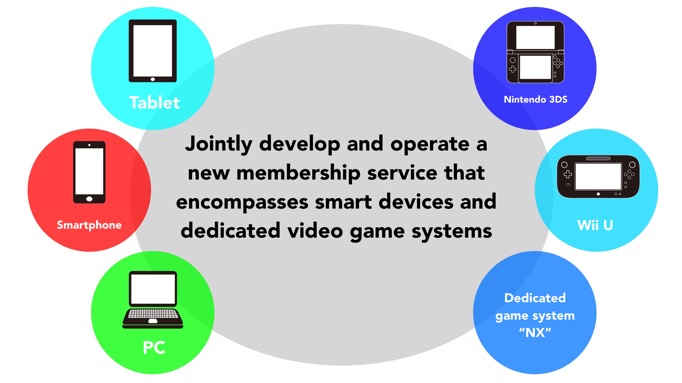 Nintendo’s purpose with this press conference was to elaborate on its decision to ship smartphone games and describe the form they would take (they won’t just port existing games to mobile platforms, Iwata says, since that would “ruin the value of Nintendo’s IP”). The NX mention in this context seems like a reassurance regarding the company’s continued plans to innovate in the dedicated gaming market, but if Iwata is hoping for a 2016 reveal, that would still be an accelerated refresh cycle vs. previous console generations.

That “brand new concept” tidbit is interesting: It could just be straightforward marketing bluster, but Nintendo also probably knows it needs to wow with a Wii U follow-up. It’d be interesting to see them offer a take on VR, given its growing popularity among hardware companies, but it could also be a machine more in line with the competition in terms of power under the hood and media service offerings.