Peatix, a Japan-headquartered mobile event and ticketing startup, has closed a $5 million Series B round led by Digital Garage to develop its global presence and technology.

Tokyo-headquartered Digital Garage, which works with the likes of Twitter and Kiip, invested via its DG Incubation arm. Others in the round include Singapore Press Holdings, Japanese PR firm Sunny Side Up, and existing investors Fidelity Growth Partners Japan and Draper Nexus.

The Peatix service is a mobile ticketing platform designed to let event organizers manage all items related to their shindigs right from a mobile device, down to even dispatching tickets to attendees. It offers a funky ‘color sync’ ticketing system that it claims is faster and easier than existing solutions like QR codes. (We used it at our TechCrunch Japan event last year.) 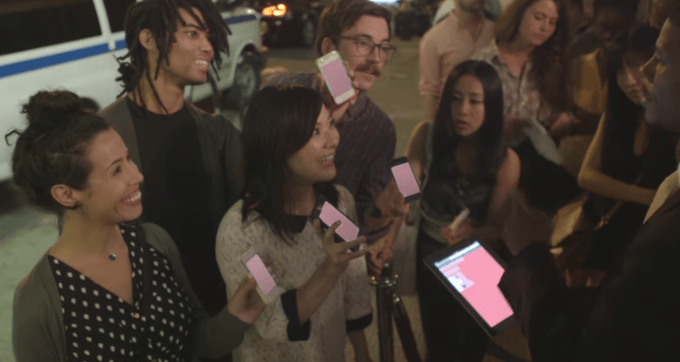 Peatix started out serving Japan only, but it began to look overseas in the summer of 2013 when it raised a $3 million Series A. The startup, which has offices in Tokyo, New York and Singapore, sees around 20 percent of tickets on its platform processed from outside Japan, co-founder and CEO Taku Harada told TechCrunch.

Harada revealed Peatix is in the process of opening an office in Kuala Lumpur, Malaysia, and that it is evaluating other markets. Europe, he said, is “an obvious” next step, while Hong Kong is another likely expansion.

Ticketing is a fiercely competitive area, and it tries to differentiate itself with a focus on smaller, “non-tradition” events — to wit it offers a very competitive 2 percent surcharge for organizers — and its mobile-first platform.

The startup said it has sold more than 1.2 million tickets for more than 50,000 events to date. Last year, it said, it more than doubled the volume of tickets sold in 2013. This new funding round will go towards continuing that growth, making further inroads overseas, and developing its mobile apps and event discovery mechanisms.

Harada said that 15 percent of the volume of tickets currently comes from users who stumble upon events via Peatix’s discovery system. He hopes to increase that figure with new features, and said that there is scope to introduce monetization for events that gain attendees in this way.

The company is also beginning to make money matching corporate sponsors with events. Initially in Japan and Singapore, some match-ups have included adding Uber coupons to mobile tickets, allowing attendees to grab a ride home at discount and helping the U.S. ride-hailing firm reach new customers.

Harada stressed that the company’s Japanese operation had a “two-year headstart” on its global business, but he estimated that revenue from overseas will eclipse that of Japan “within a year or two.”

Peatix is among a new breed of Japanese startups that, not content to serve Japan, are expanding overseas — others include Flipboard rival Smartnews and app monetization startup Metaps. Being overseas is one thing, but succeeding is another in itself. Harada admitted that the U.S. market is “very competitive” but he said he believes that there are many opportunities by virtue of the sheer size and scale of the country.

The startup plans to expand its presence in other cities in the U.S. this year by deploying small teams of evanglists-slash-community-managers whose job it is seed the idea of Peatix with local communities and event organizers. Word-of-mouth and organic growth is the aim before additional investment is made.

Harada said that Peatix aims to serve communities, and particularly small event organizers who new to the space or aren’t familiar with how to monetize. For example, the video below tells the story of a photographer for a cat magazine (Japan FTW!) and others who operate in less obvious areas.