Kevin Rose Contributor
Kevin Rose is the founder of Digg, a technology investor, and CEO of North Technologies, creator of the watch news aggregator, Watchville.
More posts by this contributor

Editor’s Note: Kevin Rose is the founder of Digg, a technology investor, and CEO of North Technologies, creator of the watch news aggregator, Watchville.

I’m a mechanical watch collector and self admitted Apple fanboy. I wanted to love the Apple Watch Edition (Edition = marketing speak for “gold”). But I don’t understand the value here outside of the literal 1-2 troy ounces of 18k gold ($900-$1,800).

With its luxury watch offering, Apple missed me as both a technologist and collector. Let me explain.

Selling To The Technologist

The path to the technologist’s pocketbook is paved with (surprise) bleeding edge technology.

For Apple to succeed with the Watch Edition it would need to offer us more, technically. Say, an extra sensor or higher resolution display that has yet to hit high enough production volumes to make it throughout the rest of the line. The technologist could then point to these features as justification for the extravagant purchase. After all, higher tech is the reason they purchased the retina Macbook when it was first released.

Sadly this is not the case here, as nothing is different technically in this watch except for the addition of gold, for which you pay an over $7k markup.

Selling To The Collector

The watch collector craves the story, the artisanship of a collectable watch. We enjoy the painstaking craftsmanship that goes into making a timepiece that will last for decades.

A popular advertising campaign by storied watch manufacturer Patek Philippe states: “You never actually own a Patek Philippe. You’re merely looking after it for the next generation.”

Will The Apple Edition Watch Last To The Next Generation?

For me to purchase this watch as a collector, Apple would need to create a different (and more expensive) fabrication process that uses new internal (not just external) materials, specifically built to stand the test of time. Sell me on the story of lasting technology, a watch that even when out of date will still function for my grandkids, a watch that won’t be shuffled off to a corner of your closet like an old iPod.

As with traditional watches, add in a transparent sapphire back. I imagine something similar to the digital FPJourne Elegante would do. Showcasing the internal upgrades would also add to its collectability. 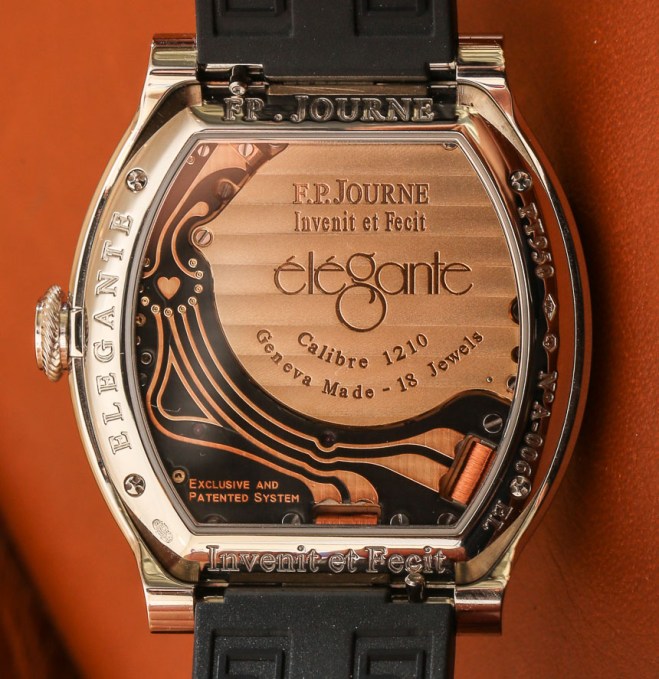 Right now with the Apple Watch Edition, the buyer is getting the same internals of the $349 version in a gold case. Where is the collectability in that?

I believe watchmaker Roger Smith best sums it up in saying (in reference to the late watchmaker Dr. George Daniels, creator of the coaxial escapement):

“For it takes a lifetime of experiences to create the pieces that he did. So when a collector buys a Daniels watch, they are not buying the year that it took Daniels to make the piece, they are buying the many years of self-sacrifice that it takes in order for a man to rise to a level where he can create greatness.”

Mass produced internals created in China, by machines, doesn’t create a feeling of craftsmanship or an aura of exclusivity – both key tenants a high-end collectible timepiece must have.

Selling To The Gold Lover

Apple’s focus should be on selling as many watches as possible, not becoming a fashion brand. Gold (the color) is hot right now in the fashion world. Why not use technology to get the gold watch in the hands of more people. Why didn’t Apple develop some type of “10x stronger gold coating” giving us the same visual aesthetic with the technological payoff? I’d happily pay an extra $500-$1,000 for that upgrade. But we don’t need solid gold on something that is disposable after a couple years.

Without a technological advantage, and no upgrade or trade-in path, I would imagine the value to the consumer is that of broadcasting wealth. There are certain markets where this watch will sell well, regions of China (just put a goat on it) and Dubai come to mind.

But elsewhere, I fear that we’ll look at the Watch Edition as actress Anna Kendrick did:

We should be thanking Apple for launching the $10,000 "apple watch" as the new gold standard in douchebag detection.

I’m not sure that’s the image Apple wants.