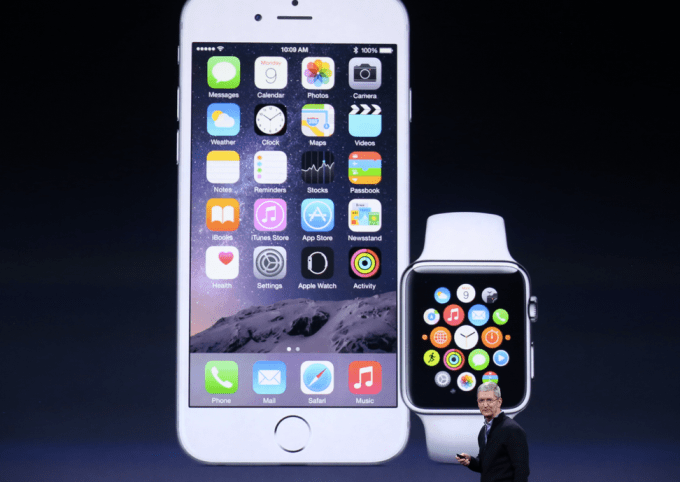 It’s got bug fixes! It’s got stability enhancements! It’s got… an app that you can’t delete that currently does nothing but play promotional Apple Watch videos!

Joining the dozen or so perma-apps that Apple includes on the iPhone is “Apple Watch”, an app that doesn’t actually do anything yet.

Come April 24th when the Apple Watch actually ships, the app will allow you to customize your watch settings, sync up your data, etc. For now, however, it just plays videos about the Apple Watch. Yep.

Have you already seen plenty of stuff about the Apple Watch? Don’t intend to buy one? Too bad! You can’t delete it.

(Once you pair up a Watch, a second “Activity” app will appear. So that functionality is there.)

Holding the icon allows you to move it around and toss it into a folder to be forgotten, but for now, deleting it is a no go.

At this point, the list of undeletable apps is getting a bit silly. Weather! Clock! Maps! Notes! Reminders! Stocks! Passbook! Newsstand! iBooks! The settings screen is already messy, Apple — just add one more screen to the pile and give us a way to toggle these things off our homescreens.

Don’t want the app? For now, your only option is to just not install iOS 8.2, or just grumble and tuck yet another app in your “Things I Don’t Use” folder.