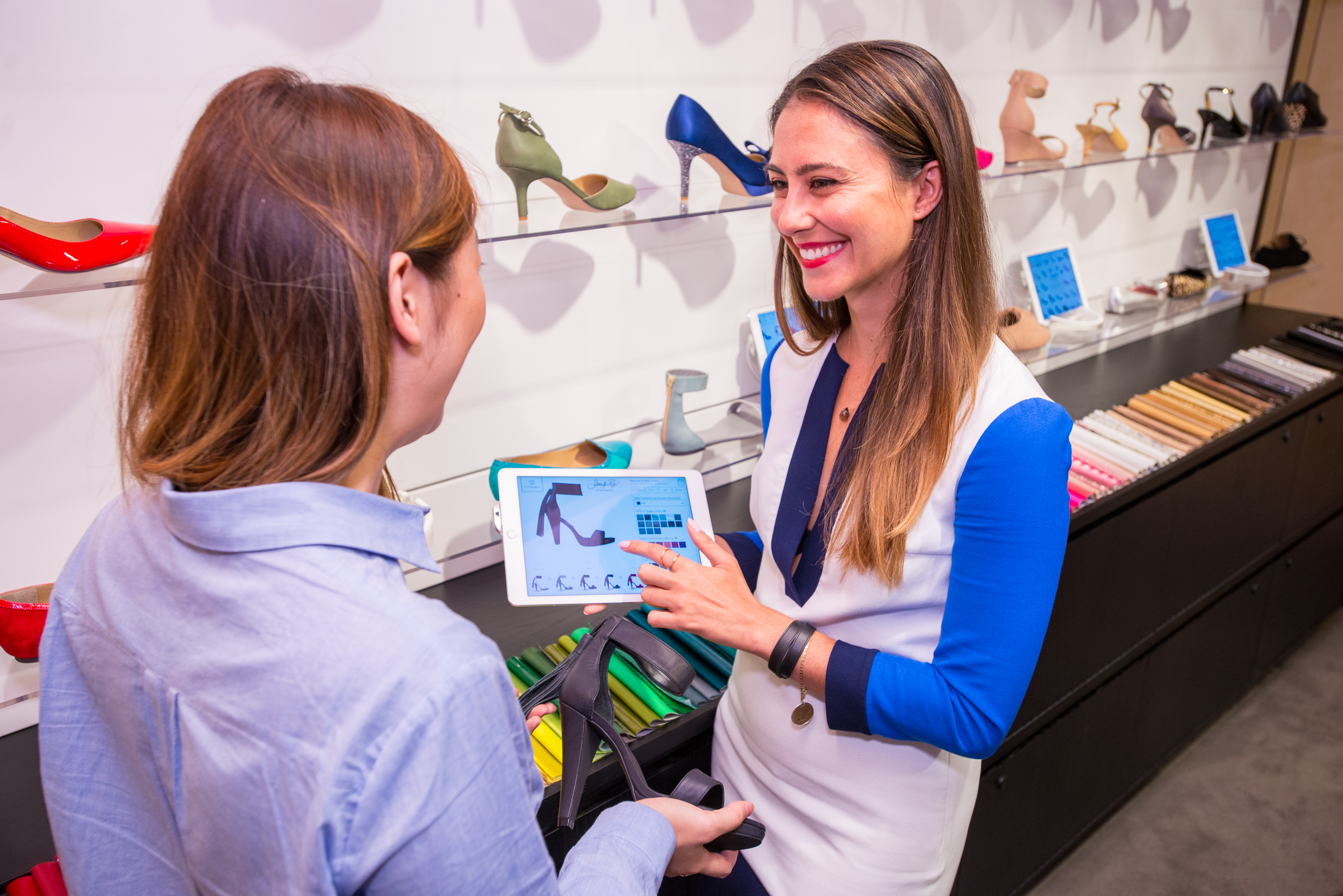 A steadfastly devoted online shopper out of both necessity and convenience, I’ve been guilty of returning from a business trip to my desk stacked high with parcels from my favorite purveyors: Net-a-porter, Amazon, Zara, J.Crew, among others. My colleagues find it endlessly entertaining and I’m not sorry for my shopping at all.
Recently, I’ve been attempting to convert my late-to-the-game boyfriend to the ease of the click to purchase realm. One of his first orders, however, did not go well as he boldly went where few women will agree to online shop: shoes.

I must admit, I was quite proud of him for swinging for the fences but I had a sinking feeling it wouldn’t go as planned simply because shoes are a different online shopping animal. There is something different about footwear that necessitates a trip to ones local shoe establishment of choice in order to feel secure. The toe box, the materials, the heel height, how the shoe feels on the foot, and color are all things to be considered carefully before handing over payment. And this is a hurdle online shoe purveyors have yet to clear entirely.

Jodie Fox, co-founder of Shoes of Prey, knows this and is expanding her business in the United States accordingly. A huge success in both financing raised and footwear desigined, Shoes of Prey is branching out in a partnership with Nordstrom, which built its house around being shoe experts.

For the uninitiated, Shoes of Prey allows its shoe-sers to design their footwear to their own specifications, choosing one of 12 styles then determining heel height, materials, embellishments, and so forth. Those bespoke shoes are then delivered within 4-6 weeks once they are manufactured in China. The process and result are utterly cool, which explains why Fox has seen such loyalty in the Australian market.

Launching in San Francisco today, I visited Fox at the soft opening at Nordstrom over the weekend. A vivacious Australian, Fox is bullish on the partnership and Shoes of Prey expansion, citing a need to be where the customers are. “In Sydney, women would literally turn up on our doorstep and say ‘I’m in town for a holiday from overseas and I just want to see some shoes.’ At the same time we were collecting data that showed us that they actually wanted to feel the leather and they wanted to see how it would feel on their foot.“

From there the idea of creating stores began to come to fruition.

Not one to shy away from a challenge, Fox has an ambitious in-store launch schedule, opening one boutique per week over the coming weeks. In addition to San Francisco, Shoes of Prey will be opening Nordstom boutiques in Seattle, Wash., Chicago, Ill., Paramus, N.J., Los Angeles, Calif., and Washington, D.C. The entire Shoes of Prey team will be relocating from Oz to its new headquarters in Los Angeles, while Fox will be based New York to be close to the fashion capital of the world.

To expand upon their traditional user experience, the Shoes of Prey team has developed an iPad app used in Nordstrom boutiques which is slightly modified from the online experience. Each boutique has samples of each style available from Shoes of Prey, as well as samples of the types of leather (soft leather, snake skin, fish skin, metallic, vegan, and on, and on) to use to consider their purchase.

While I was visiting at the boutique over the weekend, several women made purchases. They hadn’t known about Shoes of Prey prior to discovering the boutique inside of Nordstrom.

Says Fox: “When we think about a store, it’s not just a place to come in and be able to try the shoes on, it is also a giant billboard that sits in the middle of a place where women are turning up to purchase shoes.”

As I was sitting in the boutique over the weekend, handling the multitude of samples, I began to design my next Shoes of Prey target: a lovely almond-toe, blue satin, d’Orsay back, mid-heel pump. I have the perfect occasion in mind in which to debut it… I’m definitely still hooked by Shoes of Prey.