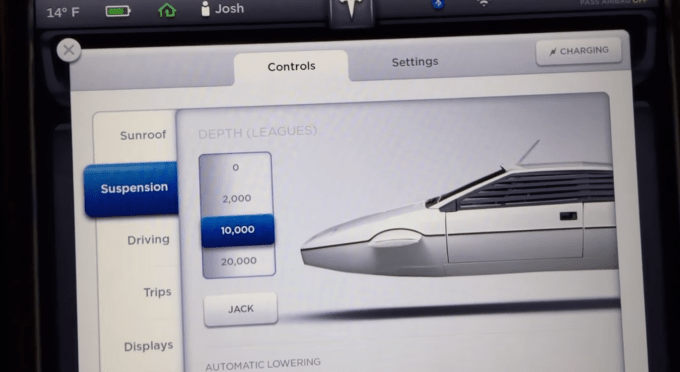 The Tesla Model S is one helluva car – but it can’t do everything. It can’t recharge as fast as you could fill a tank of gas. It can’t go over 155 miles per hour. Oh, and it can’t transform into a submarine and cruise around underwater.

With this awesome little easter egg, though, that last one becomes a bit less certain…

You see, Elon Musk is a bit of a James Bond fan.

Specifically, he’s a fan of Bond’s submersible Lotus Esprit from 1977’s The Spy Who Loved Me — so much so, in fact, that he dropped nearly a million dollars in an auction for the movie prop. His eventual goal? To convert the prop (which, sadly, doesn’t do much besides look cool) into an actual, functional submersible vehicle.

In a nod to this, Tesla engineers have hidden a most excellent easter egg within the Model S’ 17-inch touchscreen. Check it out:

For comparison’s sake, here’s what that screen usually looks like: 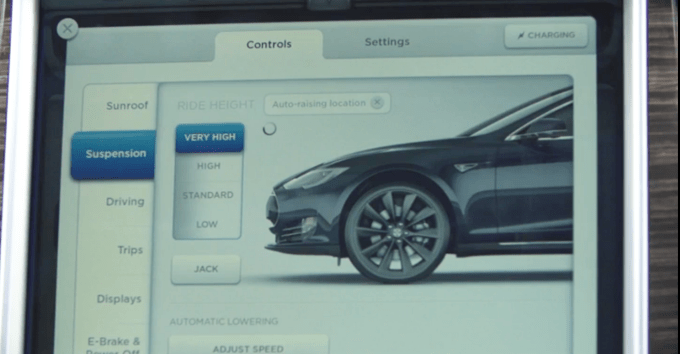 And here’s the Bond scene that inspired it all:

(Note: This doesn’t actually make the Model S a submersible, so please don’t drive that $80,000 car into the ocean. Also, anti-aircraft missiles are not included.)