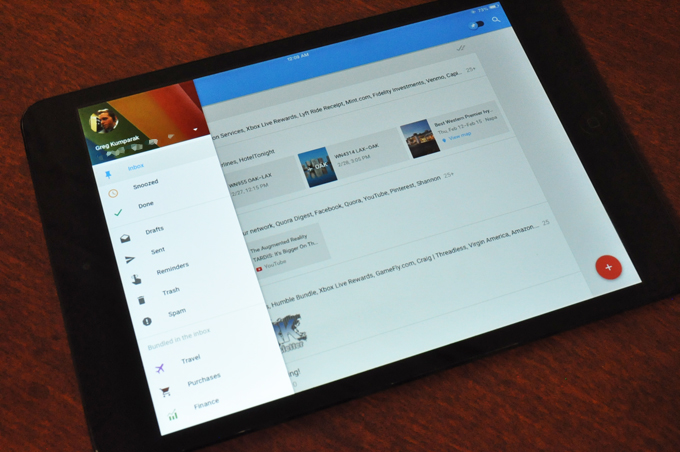 Inbox by Gmail (Google’s still-invite-only email client) seems to be a love-it-or-hate-it sort of thing, but in case you happen to fall in the “love it” camp and use an iPad: good news! Inbox is getting a proper iPad app.

It seems Google is trying to keep it under wraps for the time being (they generally like to announce these things themselves), but the company has quietly started rolling out an iPad-native build of Inbox in select countries. (Update: And now the US! See below.)

It’s not available in the U.S. just yet, though the U.S. App store will cough up screenshots if you poke it in the right places.

Alas, unless you’re in Germany or you’ve got a German iTunes account handy, you’re stuck waiting for Google to push the update live wherever you may be. Given that the screenshots are already popping up in the U.S. store, I’d bet on the update itself hitting the U.S. App Store within the next few hours. (Update: See below)

Update: Hey, what do you know! Shortly after we posted this, it went live in the US App Store. It’s not showing up as an update just yet if you’ve already got it installed, but a fresh install of the app pulled down the iPad-native build.