Sick of hassling with Google Hangouts? Now you can start broadcasting video live to the world with just one-touch through Upclose, the newest app from Betaworks. Upclose lets you follow people to get notified when they’re on the air, discover who’s livestreaming now, and then comment on their broadcasts in a chat room with other viewers on the web or mobile.

That’s it. And that’s kind of the point. Other livestreaming products can feel clunky, complicated, and decidedly web-first. The lack of options in Upclose translates to a lack of friction to getting a stream up and running.

I just did an hour and a half of Upclose streaming, and you can watch the recording of my last chat here if you want. Otherwise, follow me on Upclose so you’ll get notified next time I broadcast. 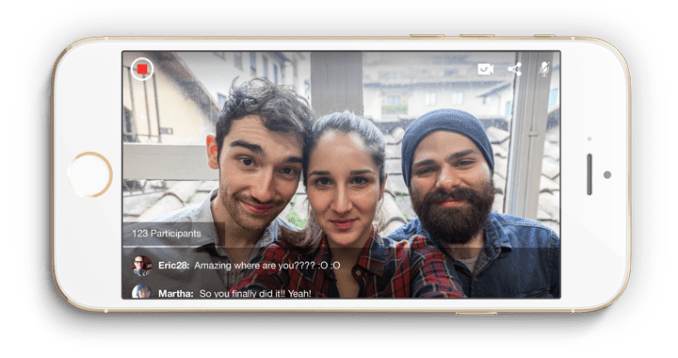 Upclose (for iOS and Android) was built the team from Rushmore.fm, which was a music community site designed to connect fans directly to artists over video. But now the team says after two years “it’s time to move forward” and has turned its tool into a more open broadcasting platform in the form of Upclose. That’s just the kind of pivot that app studio Betaworks is designed to support. Rather than toiling endlessly on a product no one wants, they encourage rapid iteration until something sticks. 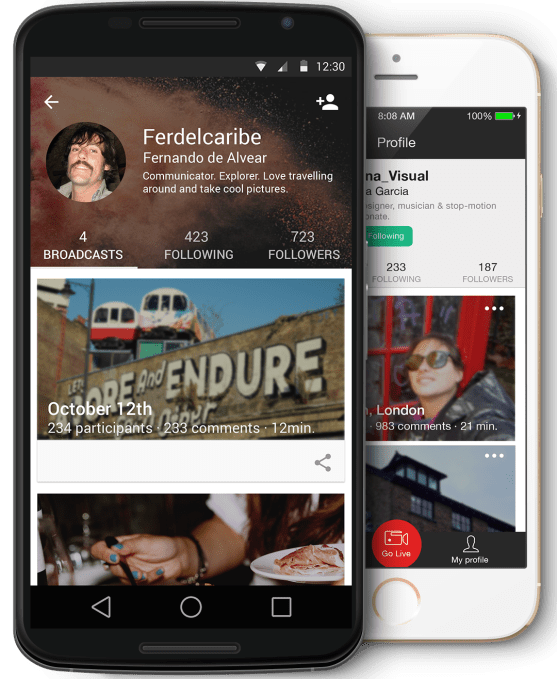 “In upclose we love live experiences. That moment when you don´t know what’s going to happen and everything is possible, the present, the now” says Upclose CEO Ramón Sastrón on Product Hunt where I first heard about the app.

My first experience was fun, lightweight, and casual. It almost felt like Snapchat Stories, in that it’s an off-the-cuff way to share video.

I could imagine it as an easy way for celebrities to share with fans, continuing Rushmore.fm’s mission. Journalists could do quick broadcasts from the scene. Musicians could share their shows or even their practice sessions. And there’s surely near infinite other things you could do by projecting a live selfie out into the ether.

FaceTime brought one-to-one video chat to the mainstream. Upclose could do the same for one-to-many broadcasts. Are you ready for your closeup?