The story behind the $10 million investment that’s launching Roadie, which is unveiling its Uber-like marketplace for the shipping industry today, begins with a shipment of broken tiles.

Serial entrepreneur Marc Gorlin was heading down from Atlanta to his place in Perdido Key, Fla. to oversee some work being done on the bathroom of his condo there, when he got the call from the guy doing his tile work.

“This tile is broken as shit,” Gorlin recalls “Glenn the tile guy” telling him. Replacement tiles would take an extra three days to ship down to Fla. from their source in Birmingham, Al., extending the job and costing Gorlin another day of work.

It was there on the overpass of I-65 heading out of Montgomery, Al. that Gorlin had the idea for what would become Roadie, a company angling to disrupt the $90 billion shipping industry in the U.S.

“I think to myself… somebody is leaving Birmingham right now and heading to Florida,” Gorlin remembers. That person, would probably be willing to pick up some tile and drop it off at Perdido Key for the promise of a little extra money, especially since they’d be making the trip anyway, he reasoned. And so, Roadie was born.

“There’s somebody leaving everywhere going everywhere all the time,” says Gorlin. “There’s this massive heat map that’s hidden under our feet that Roadie is going to reveal.”

“It’s a win-win for everyone because consumers get their items delivered more efficiently using excess cargo capacity already on the road, and drivers get extra cash and other benefits in return for helping someone out,” said Court Coursey, a managing partner of TomorrowVentures who led the firm’s investment in Roadie.

The Atlanta-based Roadie has been steadily building up its market throughout the Southeastern U.S. since last summer and continued guerrilla marketing its service — initially to college students in the fall. Representatives would head to football games, festivals and other events, to drum up interest in the service prior to its official launch. 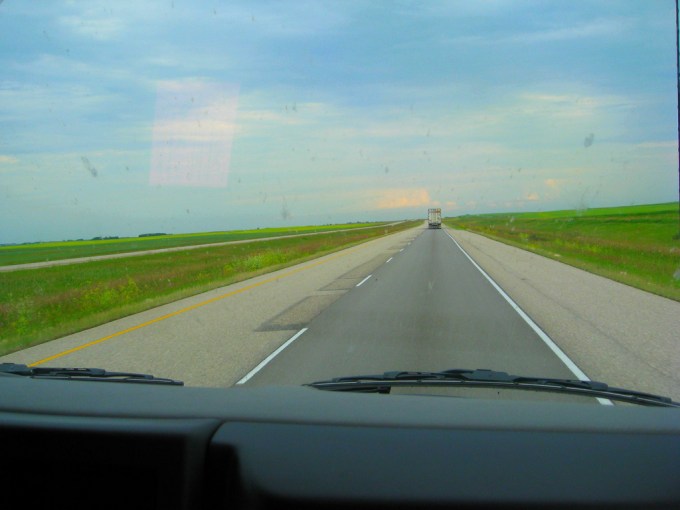 Gorlin now claims that there are roughly 115,000 people who have already applied to be Roadie drivers. “There are literally over 70,000 people with a Roadie t-shirt in their laundry bag, for an app that’s just launching,” he says. The company also has 250 people who have beta-tested the service.

It’s a page that the serial entrepreneur and Roadie founder ripped from the Uber playbook — and it’s not the only similarity between Gorlin’s company and the behemoth breaking down taxi monopolies worldwide.

There are ancillary benefits to Roadie drivers coming soon, in addition to the ability to get paid for driving something to a place where a traveller is already heading. The company will be offering free roadside assistance to drivers, accounting for trips which can be used to write-off the mileage, and discounts at participating stores that drivers typically find dotting the rest-stops, highways and byways where the Roadie’s road may take them.

Beyond any long-haul shipping, Roadie’s founder thinks the app will be most useful for people who have an urgent, same-day need to get goods and services.

“We really think we’re ripping open a white space,” says Gorlin. “Urgency and out-of-the-box odd shaped heavier items is where we win initially; as we refine the pricing to take into account different kinds of items.”

Initially, the company is limiting the geography where people can initiate a Roadie order to eight states in the Southeast, and will expand nationwide as demand increases.

Using the app, senders post details and pictures of the items they want to send, and a Roadie driver will respond based on location and timing with the availability to deliver those items to their intended destination.

Fees are based on different factors, like the length of the trip and the time when the package needs to get delivered. Typically prices will range from $8 to $150, according to the company.

“Like the disruptive innovation Uber has brought to the transportation industry and Airbnb has brought to lodging, we see Roadie bringing a similar value to the shipper market,” said Stephens in a statement.