What if you could shoot those cool 360-degree, swivel-around photos you see on ecommerce sites or in The Matrix with just your smartphone? Then you’d be using the 3DAround camera app that launches next month from Dacuda, which gave TechCrunch an early peek. Simply hit record, revolve your camera phone or tablet around an object, and 3DAround stitches together all the photos into a 3D image the viewer can spin at will. 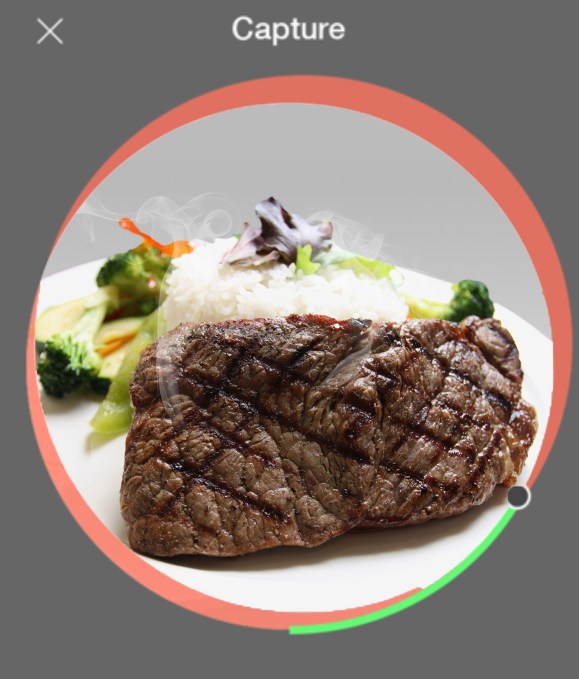 “It’s a really good time for this kind of tech because Apple just opened up the camera APIs” Dacuda founder and CTO Dr. Alexander Ilic tells me. “We need pretty low-level access to controlling exposure time, focus, and more.” That’s just what Apple allowed with iOS 8.

Illic says the inspiration for the app came from watching food blogger friends take dozens of photos of plates of grub from different angles and struggle to decide which was best. He thought “Why can’t you just go around the whole thing, so you don’t have to worry about the perfect shot with a single angle.” Originally he figured that would require a camera with expensive 3D sensors, but in fact, newer iPhones are capable if given the right software. That’s where Dacuda comes in.

The 3DAround app extracts depth and structure information from a success of rapid-fire photos to create the 360-degree views. You’ll be able to interactively view the swivel-able photo through the 3DAround app or WebGL-equipped browsers like Chrome, and share some version of the images to Facebook, Twitter, and Pinterst

The app will launch for free next month on iOS 8 devices for the iPhone 5 on up. While some phones like the HTC EVO now have stereoscopic double cameras that can take slightly “3D” photos, 3DAround looks like the real deal. We’ll have hands-on coverage once the app launches, so check back to see us spinning around some delicious food.