Half a million people have already signed up for Robinhood‘s unlaunched zero-fee stock trading service. Now the startup has raised $13 million to hire talent to make its app totally secure so it can start adding people from its private beta waitlist.

Unlike competitors E*Trade and Scottrade that charge people $7 to $10 per trade, Robinhood doesn’t need to spend money on brick-and-mortar outposts and some fancy castle on Wall Street. Instead, the hope is that the Series A led by Index Ventures will substitute as a source of confidence in Robinhood’s longevity. Robinhood aims to make people comfortable storing money and trading stocks with the app it hopes to publicly launch in early 2015.

“We’re making investing accessible to young people,” says co-founder Vlad Tenev (Vlad and his co-founder Baiju Bhatt are friends from college). “Most stock brokerages out there have been around for 30 years, their interfaces are clumsy, and they’re targeting older professionals and active traders. They’re no place for first time investors and that’s one of the things we focus on. Making it accessible. Having it be mobile friendly.” 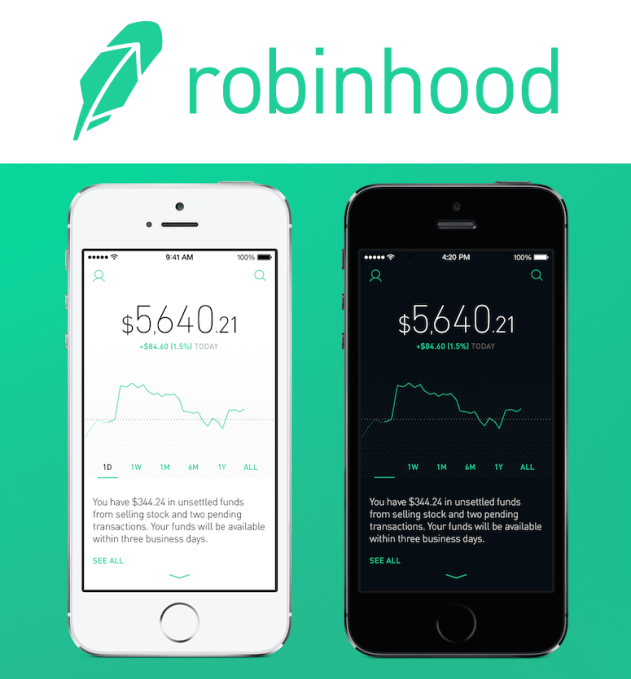 Tenev and Bhatt are serial financial technology entrepreneurs, having launched companies in algorithmic trading and investment bank software. While working on Wall Street in 2011, they saw the 99% movement first-hand, and devised an app to allow anyone to get involved with stocks. “It all comes back to the name” Bhatt says with real emotion in his voice. “We ask ourselves, ‘if we were to use a financial service that called itself Robinhood, what would we expect it to do?'”

They brought Robinhood out of stealth in April 2013 to see if they could take the commission charges out of stock trading by replacing costly meatspace offices and marketing spend with lean software and a mobile app.

This unlocks a much younger, less wealthy demographic that has historically been deterred from stock trading because a $10 fee represents a significant percentage of their total investment. It’s no big deal if you have plenty of money to throw around, but If you only want to buy a few hundred dollars worth of stock, paying $10 up front makes earning returns much harder. Ditching fees has led to 80 percent of beta users being under the age of 30.

Robinhood is still in friends and family private beta, but its app lets people buy, sell, research and monitor stocks for free. Engagement looks promising. Fifty percent of customers who’ve made a trade come back every day, and 90% come back every week.

In December 2013, Robinhood raised $3 million from Index and Andreessen Horowitz. Today’s Series A round joined by financial tech fund Ribbit Capital, StockTwits’ Howard Lindzon, Path founder Dave Morin’s Slow Ventures, Box’s Aaron Levie, Snoop Dogg, Jared Leto, and Nas of Queensbridge Venture Partners brings Robinhood to $16 million in funding. Bhatt tells me “it’s important that Robinhood as a company is very well capitalized and that we have the backing of world-class venture capital firms that will stand behind the product” so that users know the company won’t suddenly fold. “Financial institutions have communicated their trustworthiness by having their name etched in some marble building on Wall Street,” says Bhatt. “But that just doesn’t resonate with people any more.” 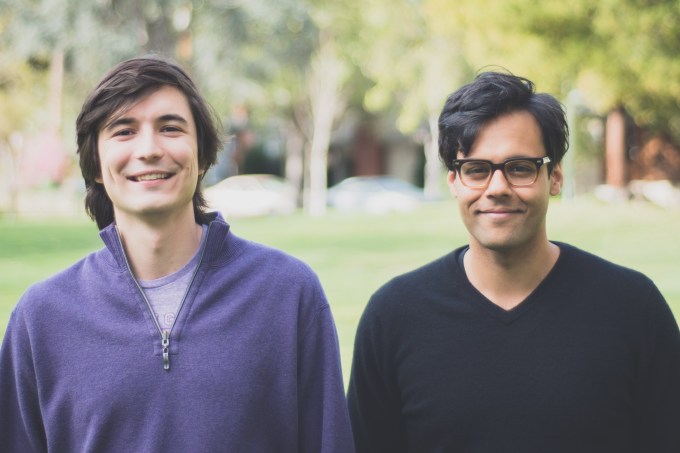 Index Ventures partner Jan Hammer will join Robinhood’s board. Bhatt explains that Robinhood chose Index out of the competitive round because they regularly invest financial startups like WealthFront and SigFig. “For them, investing in a company that’s regulated like us, a financial company, isn’t an unknown. They’re committed to seeing us through all that stuff. Hammer tells me Index chased Robinhood because “the product has been developed by founders for their own generation – it’s a smart, slick and easy-to-use mobile app that revolutionizes the experience of accessing public markets.” He also cited the quality of the founders and the 20-person company’s opportunity to pull a new cohort into investing.

You can learn more about Robinhood from this little video it shot with Sandwich, of Coin demo fame.

What’s the plan for the $13 million? Bhatt tells me “we’re a technology company, so we’re growing the team with top-tier engineers and designers from MIT and Stanford with former experience at Facebook, Google and Palantir.” Their goal will be to make Robinhood 100 percent secure and reliable so it can expand its public beta and get ready for a full launch. Bhatt admits “the margin for error is nonexistent.” If people’s trades don’t go through or there’s a security breach, doubt could ripple through its user base and kill the startup before it starts. Still, it’s had some users on its wait list for 9 months now (and its been 18 months since it came out of stealth), so it should do its best to keep people happy and informed while they stew.

If it can run a tight ship, though, Robinhood could earn Wall Street-sized bags of cash despite being free for users. The model is to charge other startups to build apps on top of its API for lean trading. It could also charge to let users trade on margin — with borrowed money while their own is locked up in the standard three-day waiting period after you sell stock. It could also get paid by stock exchanges that want more trading volume, which Robinhood hopes to be able to deliver. And if the company can really get people to trust it with their money, Robinhood could earn interest on assets it holds.

Robinhood‘s success will come down to making something as big and scary as trading stocks feel breezy from a phone. Bhatt concludes “the conventional fear is that ‘I thought I needed millions of dollars to invest in the stock market.’ You don’t even need thousands of dollars.”