Motorola is updating its flagship Moto X, and it’s an improvement that makes one of the best deals in mobile even better, even if it doesn’t completely revolutionize what came before. The original Moto X was one of the best phones last year, and despite a change in the company’s ownership from Google to Lenovo, this new Moto X looks to be a worthy successor.

Google’s new Moto X has a metal frame, a 5.2-inch display with full HD resolution and 423 ppi pixel density, Android 4.4.4 KitKat, a Qualcomm Snapdragon 801 2.5GHz processor and an Adreno GPU. The camera on the rear is a 13 megapixel affair, which can capture 4K video and has 4x zoom, plus a ring flash surrounding the lens for neat effects and even lighting. It has four mics vs. three on the original Moto X for better sound capture and background noise isolation, and it has a 2300 mAh battery with a new turbo charging feature that delivers 8 hours of use in just 15 minutes of charging. 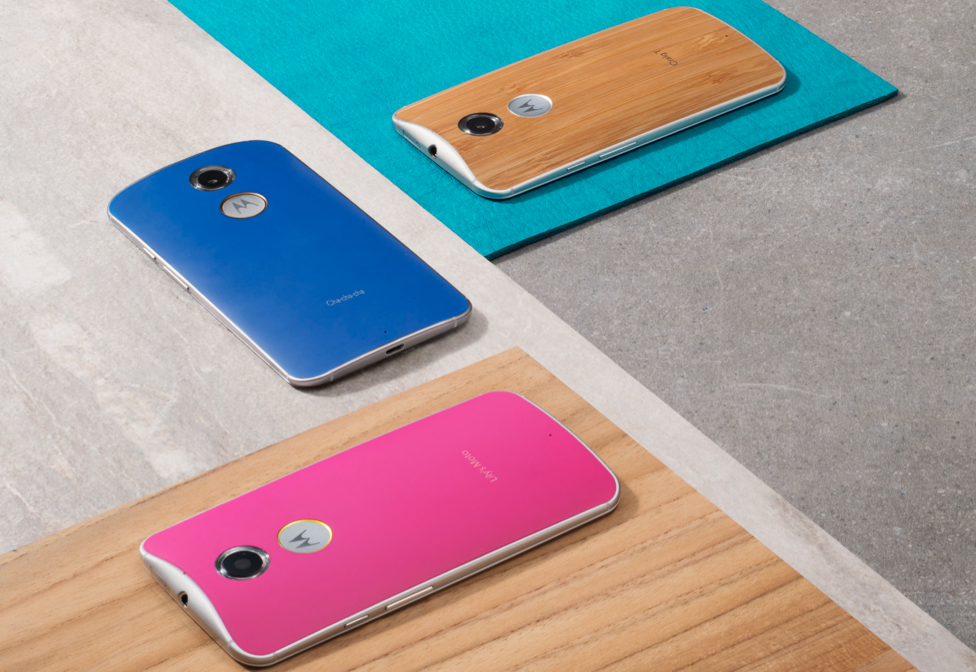 Back options include the original wood backs from the Moto X customizer options, and now a new leather choice for more premium fun, from U.S.-based luxury leather provider Horween (which you may recognize from watch bands, if you’re into that sort of thing). Moto’s new X offers a “pure Android” experience, cleaning up bloatware even further and letting Motorola deliver updates within days of their release on Google Nexus devices, according to the company.

It promises some additional features, however, including some introduced in the previous generation like Touchless Control and Active Display. You can now do more with voice commands via Moto Voice, including operating apps like Facebook and YouTube, as well as setting a custom phrase to trigger voice operation, including whatever colloquial you may choose. Might we suggest “Yo, Moto X”?

Moto Assist can read text messages out loud or turn off notifications during a meeting or at night, and intelligently reactivate them when you need to. Moto Display will put up to three recent notifications on the screen even when it’s mostly asleep, with the company’s trademark “slide to preview” action. This is one of the Moto’s best Android innovations, in my opinion, so it’s great to see it reappear here. With Moto Actions, the phone knows your hand is coming close and will display those notices, plus you can wave in the air above the device to silence your ringer or prolong your sleep by delaying your alarm.

Moto Maker is back with Horween leather options, as mentioned, and there’s even a carrier free version that offers speedier updates and no contracts to deal with. The new 13 megapixel camera is tied to a gesture activation that lets you pick up the phone and twist your wrist twice to jump right to the capture app, and a motion detection engine will suggest trying a new frame if it perceives you moving around too much when you snap your original. 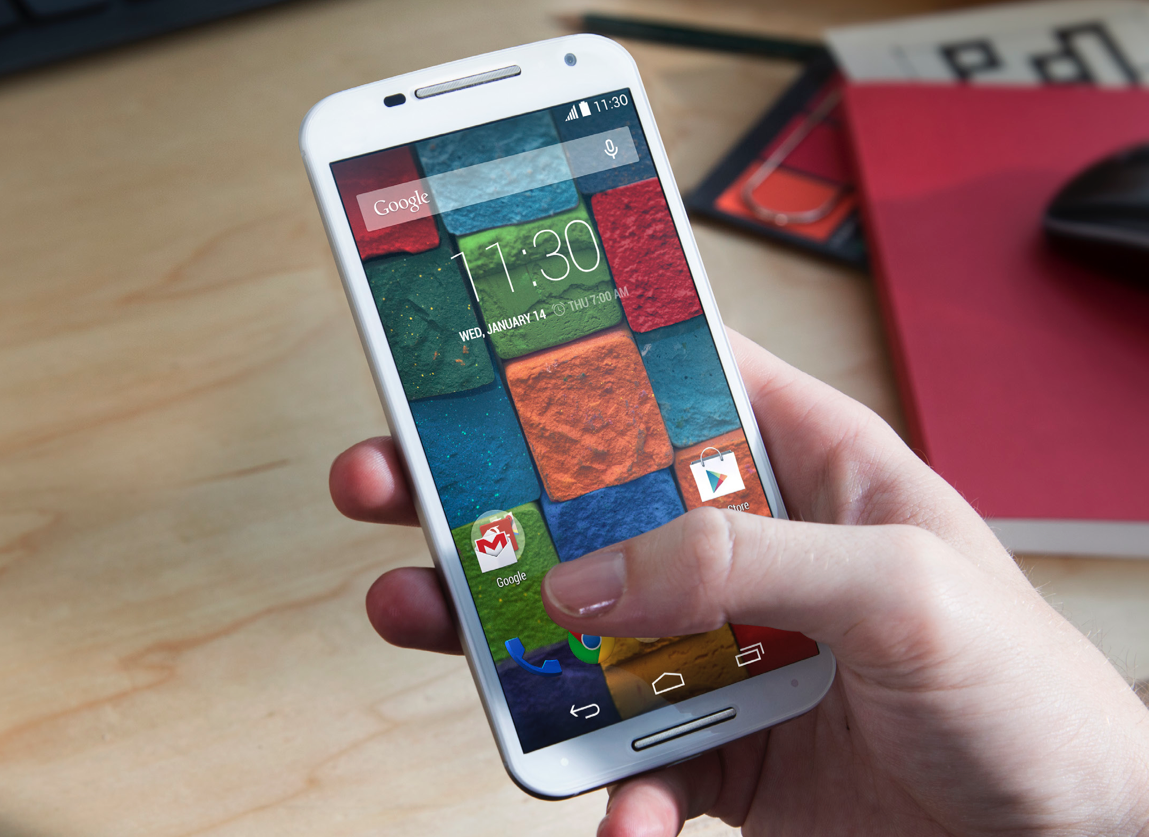 Tech tricks on the phone include three IR emitters and one receiver that work together for improved gesture recognition, from either above or below the phone, and at a greater distance than most. A nano coating will offer some degree of water resistance, both outside and in, and without requiring any flaps or covers for outlets. The screen uses the industry standard Gorilla Glass to protect against bumps and scratches.

16GB and 32GB versions will be available, and the front camera captures images at 2MP, while recording video at 1080p. It ships beginning later this month in the U.S., and will retail for $99.99 on a two-year agreement at most carriers, while an unlocked version will be available carrier-free for $499.99 at Motorola.com.