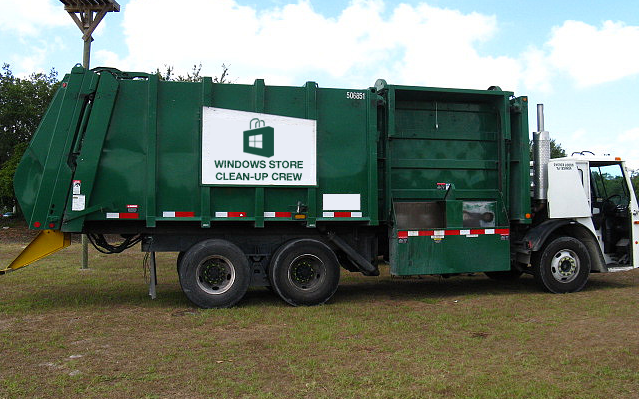 The Windows app store has a problem: it’s full of garbage.

For every popular app, there’s a dozen-plus apps trying their damnedest to trick the user into buying it.

No app store is without its shady apps — even Apple, with their infamously/painfully stringent restrictions (which, notably, seem to have been relaxed a bit over time), has its fair share of iffy clones and trademark violations.

But many of the apps on the Windows Store went far beyond being tacky conceptual clones; many of them didn’t even bother to create new icons, or come up with new names beyond changing a few characters.

Meanwhile, blatant trademark violations were rife. You want iTunes? How about “Itunes PC”, for $4? Or “Itunes Play App” for $9? The icons were the same; the names were intentionally confusing. The only difference was that behind that download button was a hot pile of garbage that no one was likely to download intentionally. And until now, it didn’t seem like Microsoft really wanted to do anything about it.

How-To Geek tore into Microsoft over the issue last week, and now Microsoft is promising to fix it.

They all seem like fairly obvious rules that probably should’ve been in place to begin with — but at least they’re in there now.

Microsoft says that the new rules will impact all future app submissions and updates, but that they’re also going back through and re-reviewing their catalog as quickly as they can. To date, they’ve killed off about 1,500 apps. If you’re unlucky enough to have bought one of the ones that got nixed, they’ll refund your money.