There are a lot of games and puzzles now that promise to teach kids how to code, but Tickle stands out. Now on Kickstarter, the iPad app was created in part by Mike Chen, currently a professor at National Taiwan University, who received his PhD in computer science from U.C. Berkeley.

Its name is a reference to Scratch, the programming language it uses, which educates people about the fundamentals of coding. In the app, kids first learn how to animate Tickle’s characters by putting together building blocks of code.

From there, they can build versions of popular games, before creating original games that can be sold in the App Store, or learning how to program real-life objects like the Philips Hue smart lightbulb or a AR.Drone.

With twenty days to go in its Kickstarter campaign, Tickle has already raised a third of its $30,000 goal. Chen says that the app is already close to its beta release (scheduled for September, which Kickstarter supporters who pledge $125 or more will have access to) and is raising funds so it can be released as a free app on the App Store.

As a professor, Chen says he wanted to create a program like Tickle because he wasn’t satisfied with existing methods of teaching students how to code. 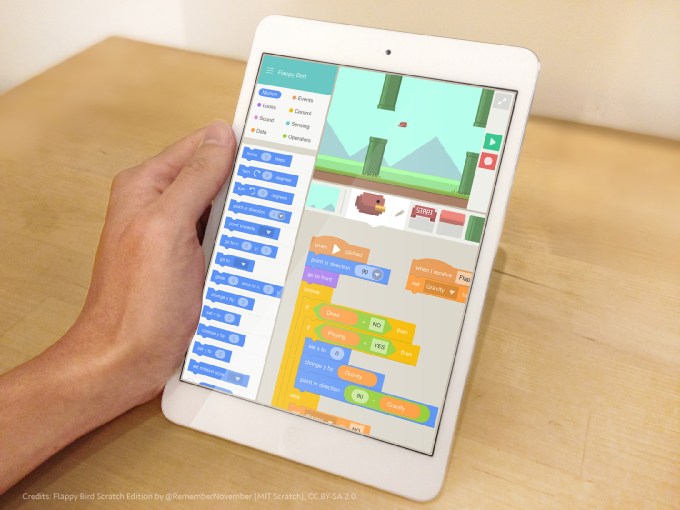 “I teach introduction to computer science and current methods we teach programming with are just not interesting,” he told TechCrunch. “So what I want to do is make programming fun. We want to create lessons based on successful App Store games. We support games like ‘Flappy Bird’ and ‘Angry Bird.’ By having these as an angle for learning programming, we find kids are more interested.”

Tickle differentiates from other programs with its colorful interface and characters. It also keeps kids motivated by showing them what they can produce once they finish a lesson on a programming concept.

“What we wanted to do was start by showing the end product of what you can create and then get kids interested. Then we show them, this is how you build it. We have lessons that break down steps you need to learn in order to build such a game. We enable kids to publish on the App Store, so we have some things that are not supported by a lot of these ‘learn to code’ platforms,” Chen says. 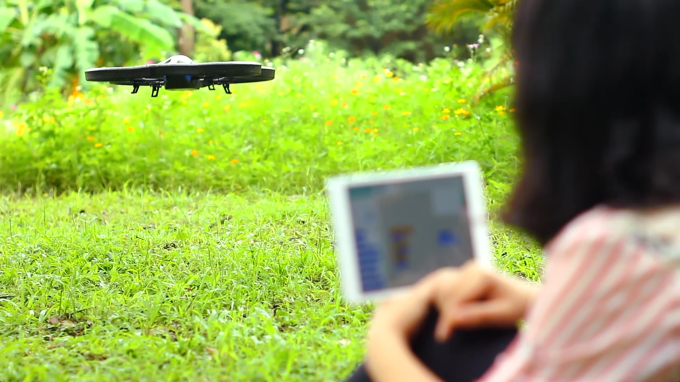 “Scratch is a fairly complicated language, and so a lot of the computer science concepts that we teach at university level are covered, like object oriented programming, publish-subscribe patterns, concurrency. The language has fairly high ceilings, so once you learn it, you can produce sophisticated games.”

The app integrates with AirPlay and shows touchpoints (or where kids are touching the screen on their iPads) on the projected image, so parents and teachers can follow along.

To learn more about Tickle, visit its Kickstarter page.