With sharing services like Uber and Lyft becoming more and more popular, it’s no surprise to see these ideas branch out into different services such as moving.

Buddytruk is a peer-to-peer, on-demand moving and hauling platform that lets people with trucks or minivans apply to become a mover.

The iOS app lets users take a picture of the furniture item they wish to move, and the image is sent to all hired drivers in that area. The driver that accepts will arrive at the user’s location to pack the item and move it to a desired location.

Buddytruk, which only lets you move one or two items, is operating right now in Los Angeles, but CEO and founder Brian Foley says the company is looking to expand to New York City soon.

The app has a built-in algorithm that tracks time and mileage. Users get a push notification when the drive starts and ends so that they can make sure the numbers are right. An hour averages about $40 and the rate decreases over time.

Eighty percent of the profits go to drivers, and the company takes 20 percent. The service also doesn’t have a time minimum, so if your ride is only 15 minutes you will be charged for that time. 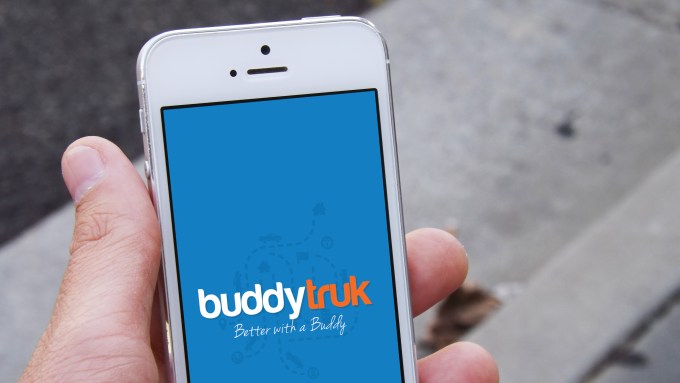 Drivers, who can apply via the app or the website undergo criminal background checks and DMV checks. When the company meets the drivers, their vehicle is inspected as well.

Buddytruk lets drivers and users rate a ride as well. Foley says this is to help get feedback if a driver has to deal with a user trying to move more than the minimum number of items or if the user isn’t at the pick up location.

On-demand moving services aren’t new though. Bellhops in Tennessee has been around for two years and today, Uber announced UberMover in Nashville in partnership with Bellhops. The moving service is available for the weekend. Bellhops offers a service similar to Buddytruk where users can order a mover within a few hours. The service originally started for college students but the company operates in more than 121 cities in 42 states and contracts about 8,000 workers.

Buddytruk, which is headed by a team of nine and has raised about $150,000 so far, may have a lot of catching up to do, but if you’re living in L.A. right now and need to move something, it seems like a great option.