Twelve new companies just hit the NY tech scene during today’s DreamIt Demo Day in midtown Manhattan. Ranging from a location-based messaging app, a cloud-based hotel management system and a service that makes pins on Pinterest shoppable, these companies took part in startup accelerator DreamIt‘s three-month program, which provides resources such as access to investor networks and funding to help them grow.

Here’s a quick look at what these 12 companies have been working on and how much they hope to raise today: 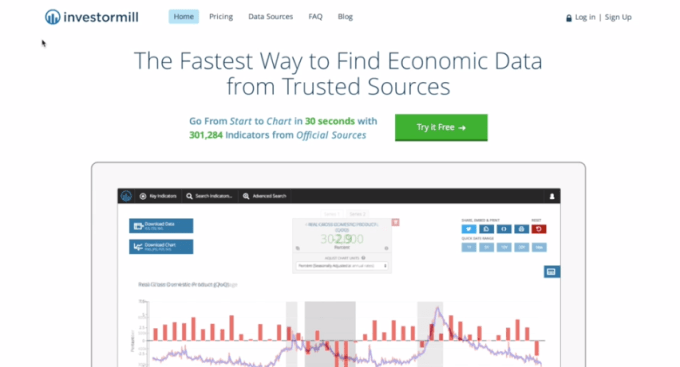 Investormill: Founded by former vice president of U.S. economics at Morgan Stanley and a former associate at J.P. Morgan, Investormill claims it is the “fastest way to find economic data from trusted sources.” The service aims to fix what they find wrong with current data services: navigation difficulties, required tech support and high prices. Investormill finds and charts economic data in an economist’s perspective and works through a subscription-as-a-service model.  The company ended its 2-month free beta two weeks ago and implemented a pay wall, in the hopes to convert beta users into payers. The subscription is $140 a month per user, and $1,499 a year. Investormill started an angel round and has about $300,000 already committed. 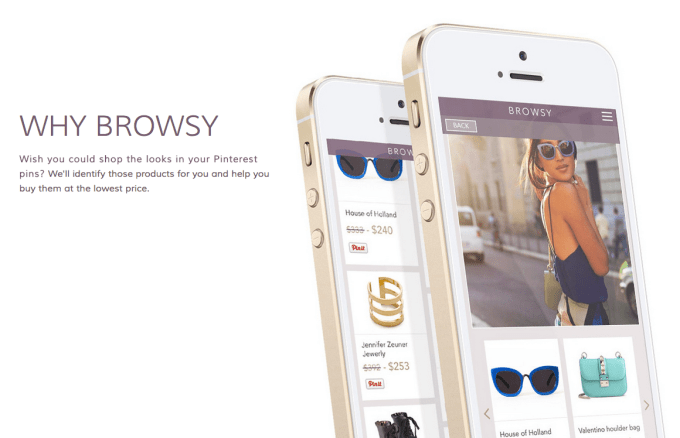 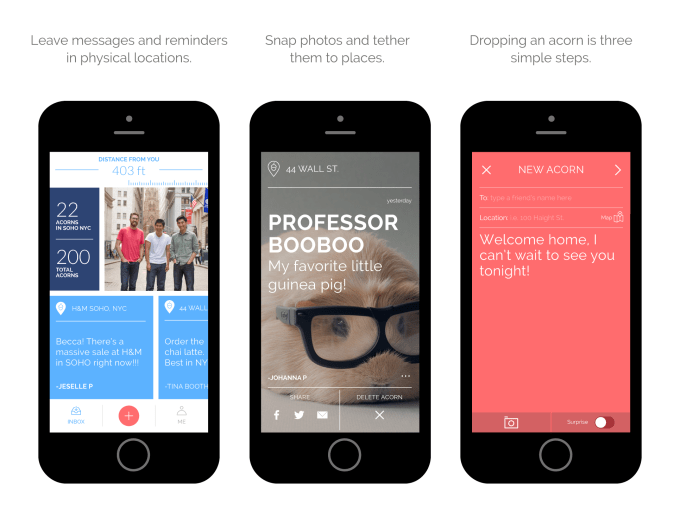 Acorn: Founded by three high school friends, Acorn is a machine-learning social reminder app for iOS that relies on geographic locations. With the desire to be the IFTTT of the real world, Acorn’s founders wants actions to occur through location-tracking. For example, if you are heading to a location where it is raining, Acorn’s technology will remind you to grab an umbrella as you are leaving your house. You can add favorite locations such as your work and home, and friends using the app can “drop you acorns” when you arrive at a specific location. After doing a stress test with competitor Swarm, Acorn’s team found that their app used one percent of battery life per hour, while Swarm used up 20 to 24 percent. As more users join Acorn’s base, the battery life becomes better. Right now the app can send reminders, messages and pictures to yourself and others. Acorn is looking at two business models: one is a gamifyied experience geared at younger users where they will leave a clue that initiates a scavenger hunt scenario for deals, and the other is native advertising. 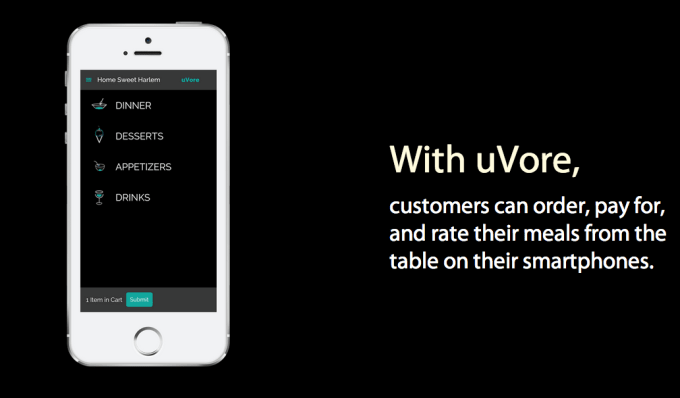 uVore:  uVore is creating a mobile app that allows customers to order and pay for meals using their smartphones. If you’re heading to lunch from work, you can choose from a curated list of partnered restaurants, order and pay for your meal. The restaurant begins cooking your meal as soon as you order and all you have to do is pick it up. uVore is looking to launch its pilot program next week. Four restaurants between 39th and 43rd street will be available in midtown: Mangia Organics, Untamed Sandwiches, The Picnic Basket, and Sushi & Deli Box. uVore grabs a small part of the transaction for its service.

Bar & Club Stats: Every time a driver’s license is scanned, Bar & Club Stats wants to create a data point. This company provides ID scanners and a scanning mobile app to casinos, clubs and bars, that validate ID’s for age and also creates demographic data that helps users better market their company or product to consumers. The scanned information is anonymous to Bar & Club Stats as all they see is the time of entry, age, gender and zip code, but it isn’t anonymous to your local bar, restaurant, or whoever is using Bar & Club Stats’ service. By selling the scanned data back to the company, clubs and bars can see in real time how their businesses are doing and what demographics they attract. Bar & Club Stats is also hoping to develop a consumer app, where users can figure out which bar or club to go to based on real time demographics and gender. 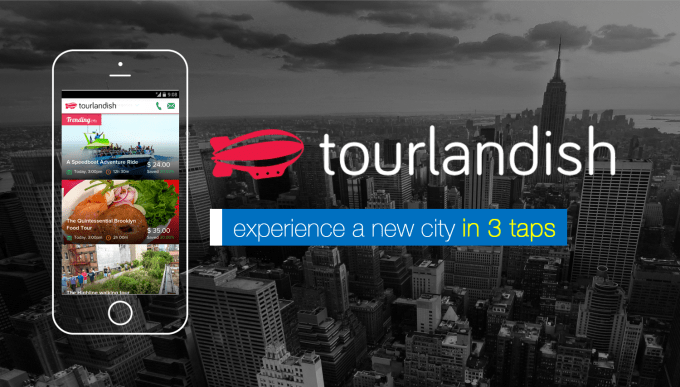 Tourlandish: When you’re traveling and looking up things to do in a city like New York, you usually hit Google or TripAdvisor. But as you navigate through different options, you have to separately find a way to book a tour you find interesting. Tourlandish is an iOS and Android app that acts as an on-demand marketplace that lets travelers book last-minute activities, tours, events and attractions to visit at discounted prices. Partnered tour providers give discounted prices for 24 hours each day, but these experience providers aren’t simply added to Tourlandish’s list because simply because of the service they provide. Tourlandish wants to curate and recommend tours the members themselves would want to take, and so local experience providers have to approach them to be considered for the app. The app has been live for six weeks, and the company, which is focusing on New York City at the moment, takes a percentage on every booking made. 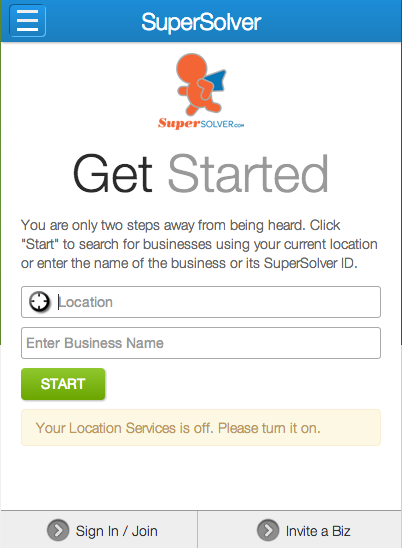 SuperSolver: If you have a problem with a business’ service, chances are you won’t really speak up and say anything about it. Nowadays, the practice is to leave negative reviews on Yelp or to shame the business on Twitter on Facebook, but that never truly solves the issue. Patent-pending system SuperSolver wants to be the best of both worlds for the consumer and for the business by allowing an anonymous way for the consumer to tell the business about their problem, and for the business to save itself from public shaming and fix it. Consumers can use SuperSolver through its app or web app and it allows the user to anonymously communicate with an owner or with senior management of an organization. If management doesn’t respond, the consumer can post the issue to Facebook and Twitter. Businesses can set up auto-replies for problems such as a faulty bathroom, and can customize these problem lists in any manner. SuperSolver launched last year and is raising $2 million in a Series A round.

Picsell: If you have junk laying around that you’ve been too lazy to list on Ebay and sell, Picsell is right up your alley. All you have to do is take three pictures of the item you want to sell, add a description of it and send it to the company. Within 24 hours you’ll receive an offer for a price on how much the item is worth. Once you agree to that price, Picsell will list your item on sites like Amazon and Ebay. When it is sold, you receive a pre-paid shipping label and will get paid when it ships. The company takes 15 percent of the sale. Picsell is an iOS app at the moment but the company plans to move to Android in the future. 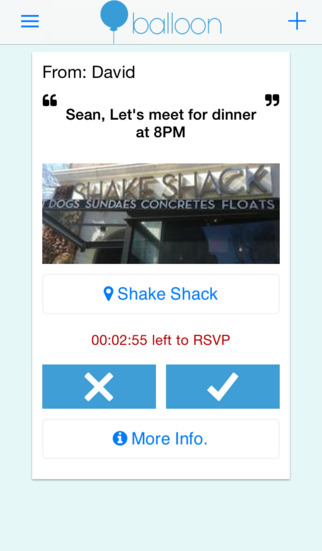 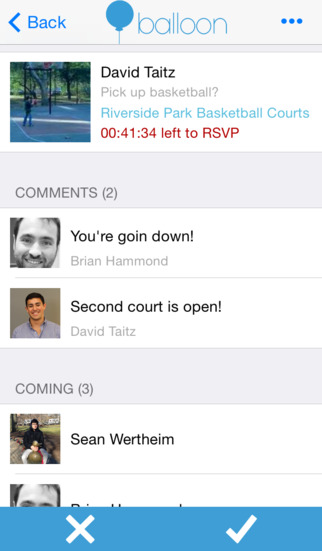 Balloon:  Balloon is an iOS app that makes impromptu get-togethers easier. You can send out personalized invites that expire at a certain time set by you to groups of friends to join them at specific locations. Nearby group members get push message invitations and can see who’s going, RSVP and attend.

Update: Balloon backed out from presenting at the last minute.