Sitting down — and the sedentary lifestyle it encourages — is killing you, slowly but surely. The problem is, standing desks aren’t for everyone. Making the switch is a big deal. I love mine but it took a week of pain and suffering to go from seat to feet, and it still feels pretty tough on calves and soles after a full day-long standing stretch.

So here’s a third way: Cubii is a sitting exerciser that’s been designed to fit under an office desk so those who are stuck in their office chairs can push its pedals while they work and get some exercise, rather than being entirely sedentary.

The Cubii is a pretty simple elliptical trainer but the design has been tweaked so the trajectory of the pedals keeps the user’s knees low enough not to bang the underside of the desk.

It also includes a Bluetooth radio and there’s a companion app — so your underdesk mileage can be quantified. Top marks for tapping the zeitgeist there, Cubii. 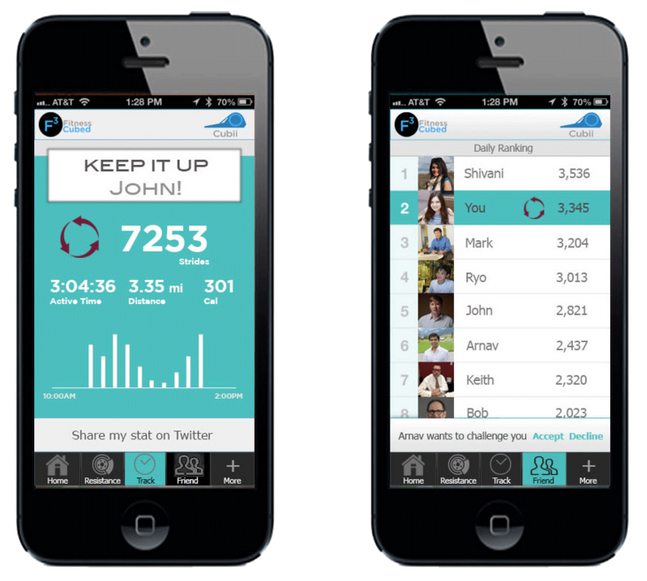 Cubii’s Chicago-based makers took to Kickstarter to raise funds to get their device to market and have now crowdfunded their way past their original target of $80,000, with five days left on their campaign.

The  early bird Kickstarter price for Cubii was $279. It’s now stepped up to $299, with an estimated shipping date of January next year — just in time for your New Year’s fitness revolution.

There’s not a whole lot else to say about the Cubii, since it’s not hugely innovative. Arguably it fills a fitness hole for those who can’t manage the transition to a standing or walking desk. Or for people who have other health issues that make standing all day a no-no.

I do take issue with Cubii’s claim that standing desks are prohibitively expensive. Sure they can be, if you want something super fancy with lots of bells and whistles. Or you can spend $19 on an Ikea Lack coffee table, saw its legs down to size and put it on top of your existing desk — for a shoestring standing desk, like mine.

Oh, and another fringe benefit of a standing desk: loads of underdesk storage space. In my experience it’s a great place to keep boxes of unused gadgets.