Facebook has just bought video ad tech startup LiveRail, which connects marketers to publishers on web and mobile to target 7 billion video ads to visitors per month. A source tells us Facebook paid between $400 million and $500 million for LiveRail, but Facebook refused to comment on the terms. [Update 3:30pm PST: Another source now tells us LiveRail sold for $500 million, matching the $400 million to $500 million range I reported earlier.]

Facebook did say it will invest in keeping LiveRail running and is evaluating how to intermingle their data, but it plans to use its data to aid LiveRail with its targeting and vice-versa. The acquisition of the 170-person company could help Facebook own a bigger chunk of video advertising, the fasting growing Internet ad medium.

Founded in 2007, LiveRail’s supply side platform has a large base of customers including Major League Baseball, ABC Family, A&E Networks, Gannett, and Dailymotion. LiveRail provides publishers with video ad targeting tech so they can make money routing messages to customers they’ll be relevant to, and helps marketers connect with sites and apps with open video ad inventory.

LiveRail had raised $12 million from its seed to Series C round, mostly from San Jose’s Pond Ventures. We’ve heard its acquisition price was $400 million to $500 million, which would make it a huge win for Pond. The deal requires Facebook notify FTC and Department Of Justice regulators, but might not necessarily require formal approval. Still, this is no puny acqhire or firesale pick-up. LiveRail was doing well and Facebook had to pony up for it.

In 2013, LiveRail told TechCrunch it was on track for a $100 million revenue year, and had grown revenue 300 percent year-over year. It was apparently considering an IPO in late 2014, but Facebook seems to have provided a better offer. It’s obvious why LiveRail would be scared of going public. Competitors who IPO’d got crushed in the market, as YuMe debuted at $9 and is now at $5.95, while Tremor Media IPO’d at $10 and has sunk to $4.61. 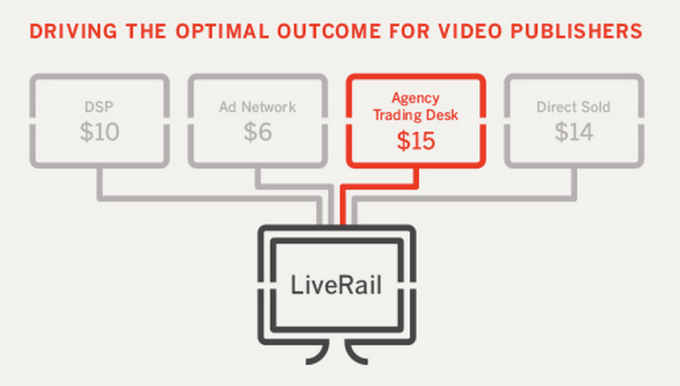 The most important part of LiveRail is its real-time bidding platform that can dynamically assess the open video ad inventory across the publishers it works with, and find its marketer clients the best ad opportunities for their bucks. Its relationships with both marketers and publishers will help Facebook jumpstart its desire to be an ad powerhouse across the web and mobile, not just its own properties.

LiveRail also has its Checkpoint technology for making sure ads for alcohol, tobacco, and other age-limited products don’t get shown to kids. LiveRail’s data management system meanwhile predicts video ad inventory fluctuations to lets ad buyer plan their campaigns, and reports to publishers that sell ad space what kind of content is driving them the highest rates. 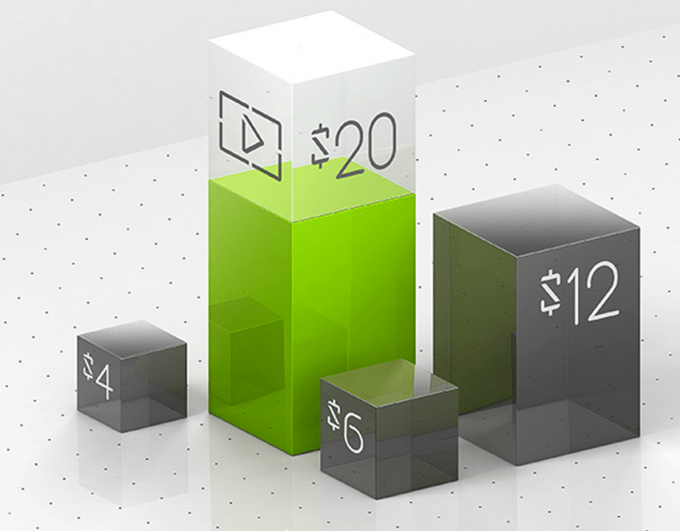 On Facebook itself, the company officially launched its 15-second auto-play video ads in March. These are its version of TV commercials, and command high rates. LiveRail could combine its targeting expertise with Facebook’s vast trove of user data to match movie trailers and other video ads with the right viewers.

As TV and print budgets shift online, there’s a big battle for client dollars between whoever can target ads best. The LiveRail acquisition will give Facebook a big leg up as television commercials are reimagined for the web. And with any luck, the deal means you’re less likely to see annoying video ads for things you’d never buy.