So what’s so special about this massive wireless router and why am I writing about it? Home and small office networking folks have never been given the chance to play with heavy iron. In between the run-of-the-mill wireless router and the $31,000 Cisco machine we find very few highly programmable, very powerful networking tools that allow for instant NAS setup, usable wireless management, and high speed connectivity. If I were setting up a network from scratch for a whole office and needed a backup solution, some parental controls, and some clever network mapping tools, this would be the router I’d use.

The first thing you notice about the router is its size. It has four removable antennae that hang off a case that is about ten inches long – far bigger than anything else I’ve seen. It is peppered with holes for heat displacement and even has a built-in fan for when things get too toasty. It can be mounted on a wall but is probably ideal for “top of the filing cabinet” placement in most environments. Wi-Fi range maxed out at about 300 feet and the system supports multiple Wi-Fi channels – 2.4 GHz 802.11n and 5 GHz 802.11ac – as well as dynamic beam forming to assess which antennae to activate for maximum throughput. The design hearkens back to an older, simpler Linksys trade dress that will remind geeks of some of their favorite mid-2000 era hardware.

In terms of performance I saw the best throughput when connected to the 5 GHz range. Degradation was negligible on the first floor of my brick home and speed was solid all the way up in my attic, about 30 feet above the router. In before/after speed tests against an Airport Base Station I saw equal theoretical speeds – about 13 Mbps but actual speed jumped from 4 Mbps to 6 Mbps. In short, it worked quite well.

Another big plus is Linksys’ clever interface. The powerful onboard processor means you get speedy access to settings and system resets without much fuss. Whereas a standard reboot on an older router takes a minute or two, a reboot here happens almost instantly. 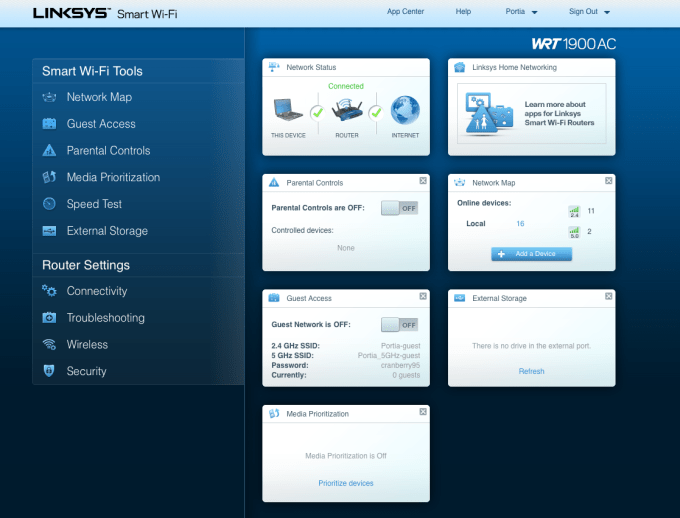 I also really enjoyed the network map, an amazing tool that is very helpful if you’ve ever tried to find an errant IP address on the system. Using the new router, for example, I was able to fine my Raspberry Pi mining rig without resorting to a shell script that scans all the local IP addresses. It also shows you, at a glance, which devices are having trouble connecting to the network. The system also allows you to reserve an IP address for a certain device, thereby ensuring it doesn’t change during DHCP updates. 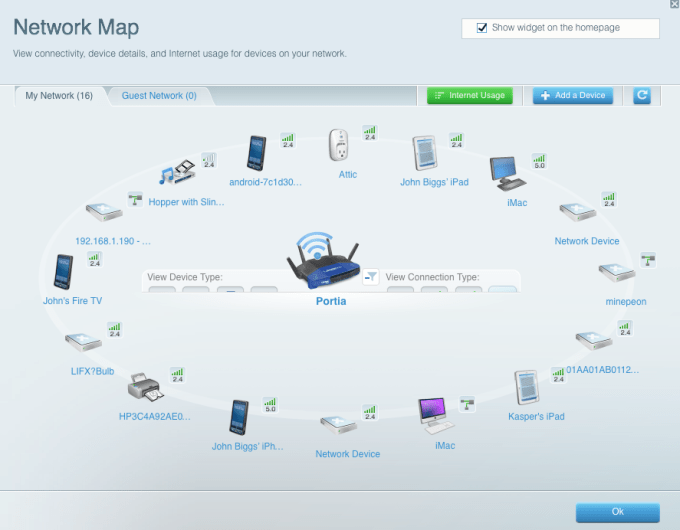 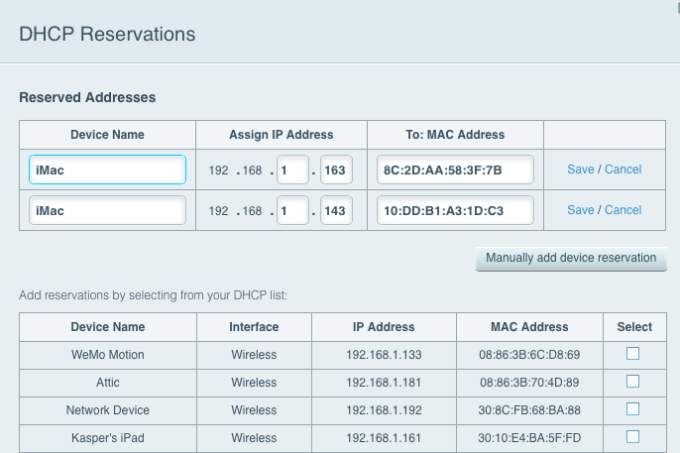 The system also allows for media prioritization – it essentially ensures your media device stream before other devices on the network – and parental controls that allow you to lock down certain websites. There is also a robust password-protected guest access system that sandboxes up to 50 users out of your main network. Finally, a built-in speed test can help troubleshoot speed problems and, I suspect, is designed to prove to users that they are actually getting a bit more speed out of the hardware.

This router is not for the faint of wallet. At $250 it’s considerably more expensive than your average wireless device. However, given the power under the hood, range, and speed boosts along with shaping and traffic management features, it’s well worth the investment. As we all well know most Wi-Fi routers are created equal. This one is specifically designed not to be.

The router is also interesting in that it supports open source firmware out of the box, including the popular Tomato and (potentially) OpenWRT systems. Linksys was famous for looking the other way when users installed the firmware on earlier version of their routers and the addition of open source features and functionality is a boon for those looking to lock down or modify their Internet experience.

Who is this router for? Given the distinct speed advantages I experienced and the power of the interface, wireless radio, and processor, this device is for a small office or home user looking for something quite heavy duty. While it is definitely a pricey proposition to pick up this router, the performance improvements will be quite noticeable. As a long-time user of Airport devices I’d definitely miss Apple’s fire-and-forget interface.