Figure 1, the photo and information sharing service for the medical profession, is taking the next step in its evolution to become an image-based social network for physicians.

Yesterday the company quietly launched a new version of its photo and information sharing service, which gives users the ability to create more robust profiles of themselves and create groups around institutions or interests.

The updates to the app reflect a huge increase in user adoption since the company launched a bit more than a year ago. Currently there are roughly 3.5 medical images viewed per second on the site, Levey says. And earlier this week the company hit roughly 50 million images viewed.

Toronto-based Figure 1 is akin to Instagram but for doctors. The company’s founders take great pains to ensure that there is no identifying information about patients that appears on the photo sharing app. Rather the idea is for doctors to share interesting cases among themselves. 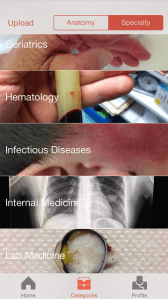 Figure 1 was born out of concerns company co-founder Dr. Joshua Landy had when looking at how doctors and medical students were using smart phones in hospitals and research universities. What the group found was that physicians and students were using social media to share information about patients and were doing it in a way that didn’t protect the patient’s privacy or store the records in a meaningful and secure way.

“Tens of thousands of times a day patient records and educational images are transferred from healthcare provider to healthcare provider,” Dr. Landy says. “We were thinking of a way to try and preserve and protect that information in an archive that’s searchable and useful.”

The co-founders: Landy, Gregory Levey and Richard Penner, launched the app in May 2013 and it’s now available on both iOS and Android platforms.

For doctors, it’s a way to share knowledge virtually with other physicians around the globe. A simple photo and a comment about a unique case can lead to collaboration and the creation of new bodies of knowledge with doctors worlds away, Dr. Landy says.

“We really have two valuable things,” says Levey. “We are concentrating on the product and growth and moving a little bit from educational information to more practical ways we can be used by care groups and other professional organizations.

The app already has drawn users from over 10% of all of the medical school students in the U.S. “If you look at the app, it’s great from an education point of view. Now we’re pushing for care groups, different medical practices and hospitals to adopt it and that’s where it will have real utility.”

With the new release, users have the ability to follow cases, and collaborate with doctors around the world. The newest iteration of the Figure 1 product also includes more robust biographies, taking the app from anonymous messaging to a more robust social networking function, Levey says. Doctors log in to the service through an API with physician-focused networking service, Doximity.

Ultimately, the company sees itself as part of a group of new applications like Doximity and HealthTap, which are bringing the social networking tools for consumers and adding the features that medical professionals may need to do their jobs better.