There are lots of reasons to love 3D printing. It democratizes manufacturing, putting consumers in granular control of the things they own — rather than requiring them to choose from a finite pre-made selection.

The additive manufacturing technology also extrudes a bridge linking creativity and utility. You can turn a sketch on paper into a 3D object that can be held, turned, admired. You can clone a cherished object you already own to create a spare. Or print a spare part to fix something that’s broken. And you can do all this without having to send off for third-party assistance. So long as you have the skills to use the 3D design software or the 3D scanner, a 3D printer and a suitable physical substance to feed into your personal making machine.

However there’s a flip-side to this freedom. The detritus that will inevitably be created simply because it’s possible to print a physical object at the click of a button. Many 3D printed objects used to demo the potential of the tech are effectively just trinkets — the kind of throwaway trash you get in the average Christmas cracker.

That will hopefully change — as 3D printers (and the materials they use) get better and more capable, meaning the quality of the the output increases, and (hopefully) the utility, longevity and sustainability of the objects printed will too. And indeed as consumers find genuine real-world utility for 3D printing. But in the short term the rise of cheaper 3D printers is going to fuel a boom in sub par machines that churn out cheap plastic trash. Just because they can.

Nasa testing 3D printed metal rocket engine components is one interesting example where additive manufacturing technology has the potential to reduce the associated costs (and waste) of traditional manufacturing. But that’s an in industrial use-case at the very high end of the price spectrum.

At the consumer product level, humanity already has a massive waste problem when it comes to plastics. We use too much plastic. We throw far too much away. Plastic already contaminates huge tracts of land and ocean. And the rise in ownership of low cost consumer 3D printers risks sparking a new boom for the stuff — reeling in spools of shiny coloured filament to gratify our magpie appetites.

It’s not necessarily as simplistic as that though. Mass uptake of consumer 3D printers might end up displacing and replacing the production of some cheap plastic trash — by devaluing some of the pre-made baubles consumes can currently buy in 99 cent stores and the like. Why buy a novelty plastic keyring when you can print one that has your own face on it? So the plastic mountain that’s fueling that landfill-generating class of products might end up being diverted to the 3D printer market, where there is at least a better chance of the end-user wanting to hold on to the trinket they’ve made — since whatever they printed was customised to their personal preferences.

But the risk is still that people print disposable things just because they can. And that more and more of this transient stuff gets conjured into existence — requiring us or our environment to deal with its disposal. To reiterate, the risk is that a new mountain of electro-generated junk is created by a new generation of machines that fuel our appetite for a contaminating material exactly when we should be trying to pare back our usage of it.

Indeed, this post was triggered by being sent what can only be described as a abject waste of plastic, by a company hoping to use it to highlight its capabilities. This 3D printed PR object was a customised ‘designer’ plastic egg — pictured above and below in a wastebin for illustrative purposes (I’m attempting to return it to the company in question so they can recycle the plastic). So basically instead of emailing a digital press release, this company’s marketing spend generated a lump of pointless plastic trash. That’s exactly what this fledgling space needs to avoid.

It’s worth noting that different kinds of 3D printer filament do already exist — and PLA filament, for example, is compostable and biodegradable (being made from plant starch). But it still generates the greenhouse gas methane as it decomposes. Meanwhile the common ABS filament is petroleum based — ergo it’s non-biodegradable (although it can be recycled).

There are some 3D-printing related counter-currents to a future increasingly contaminated with increasing quantities of plastic waste. One interesting development last year was a 3D printer that uses slices of paper (combined with glue) as its fuel for building up a 3D object. If the glue being used was non-toxic and water-based that could provide an interesting alternative to producing transient 3D objects from plastic filament, which could ultimately be recycled along with your standard household paper waste.

Another effort on the 3D printing materials side, called Laywood, is a filament made by a German company that’s comprised of 40% recycled wood (combined with binder polymers so it can be flexible enough during the print process). It’s unclear exactly what the polymers are but the use of recycled wood could provide a substitute for some petroleum-based filament.

On the plastic filament side, there’s Filabot — a plastic upcycler designed to let a consumer turn their own household trash into plastic filament for using in their 3D printer. So the home 3D printer could conceivably help reduce general household waste by repurposing it and giving it a second life around the home — keeping it out of landfill in the process and generating a more virtuous circle/cycle of plastics usage.

There are also charitable efforts to encourage the manufacture of ethically produced, recycled plastic filament for use as standard in 3D printers — providing an income for plastic pickers in developing countries who remove existing plastic waste from the environment and process what is a negative environmental contaminant for positive utility in the 3D printing economy.

We’re going to need a whole lot more innovative projects like these coming up with creative ways to reuse, recycle, upcycle and reduce our reliance on plastics as 3D printers proliferate. The good news is that additive manufacturing allows for more flexibility in what we produce and how we produce it. So the opportunity is certainly there. Now we just need the ideas. 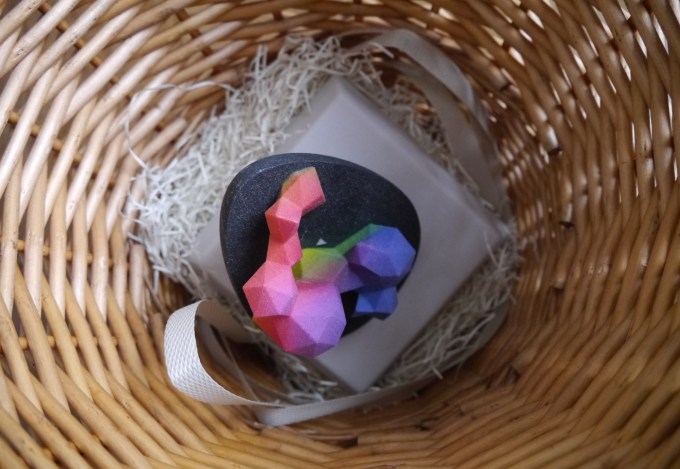 Hat-tip to my TC colleague, Steve O’hear, for the title of this post