The group software space is getting hot. Between Google Groups, Facebook Groups, Yammer, Convo, Asana, newcomer Slack and more, a loose or tight-knit organization has plenty of tools to choose from in order to keep its community organized.

Gina Bianchini’s second attempt at social networking for small communities, Mightybell, has fully joined the niche communication fray today, opening its “social for small groups” product up to all after two years of painstaking and iterative development. 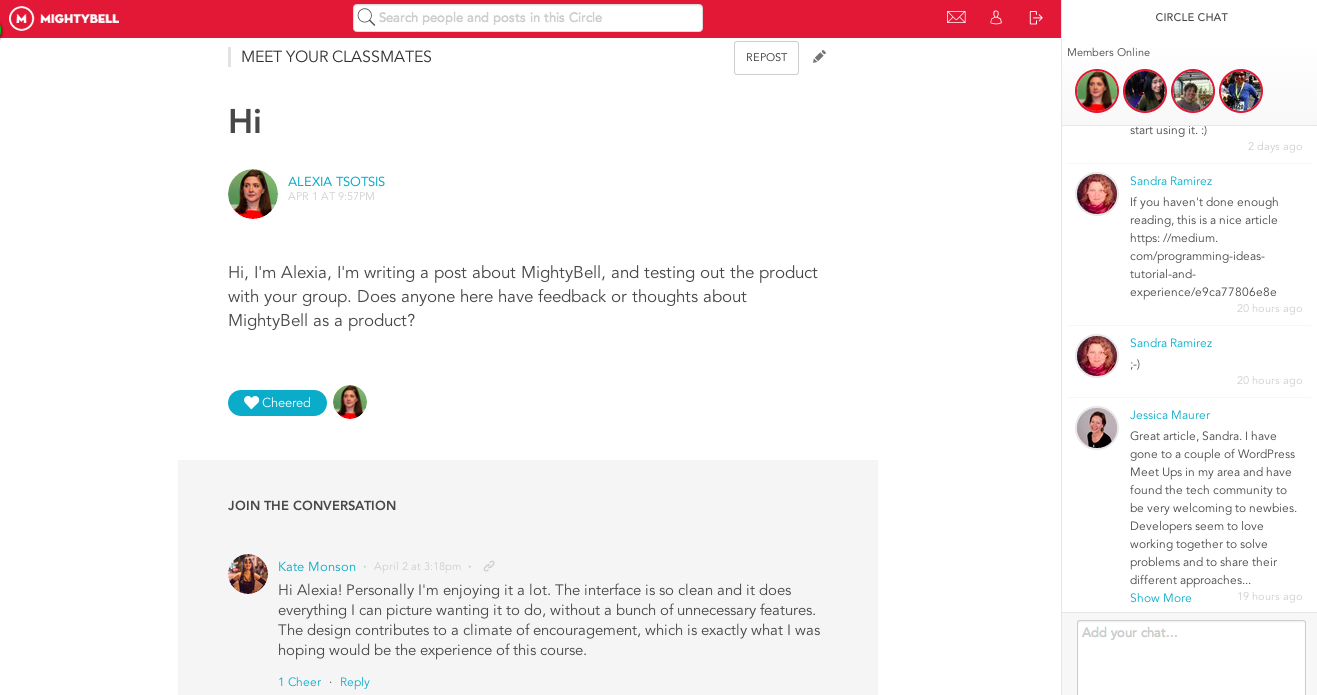 Mightybell, which has gone through a couple of evolutions, has thus far been in private beta, powering Lean In’s Circles in addition to 450 communities set up by organizations like American Express, the Gates Foundation and online learning startup SkillCrush. Bianchini considers Mightybell to be in the “Internet of People” space, alongside “Facebook for X” products like Nextdoor, Houzz and GitHub.

“Most organizations today are using a combination of different products to reach and engage the people most important to them,” she says, describing the opportunity. “A content website here, a Google Group there, an events site to promote events, and that’s on top of Facebook, Twitter, Pinterest, Instagram and the services that you are hammering your members to use ‘because everyone else is there.'”

Bianchini posits that the sheer fragmentation of products is a major contributor to social fatigue; “There is still a critical need for vertical social networks today because this is an area of software that is deceptively difficult to get right.”

Mightybell itself is clearly prettier than Facebook Groups — though initially not as intuitive or compact — and involves a couple of unique features, including “Introductions” when you first join a Circle/group, daily and weekly rituals (prompts like “What’s one new thing you learned today?”), the ability to schedule events, organize posts into collections, and start a realtime in-Circle chat.

Bianchini holds that these features have increased Mightybell’s engagement beyond the norm for social products. “Where most services that use the follower model see 1% of people contribute and 99% of people lurk, we are seeing 30%+ of members of a Mightybell social network contribute,” she says. 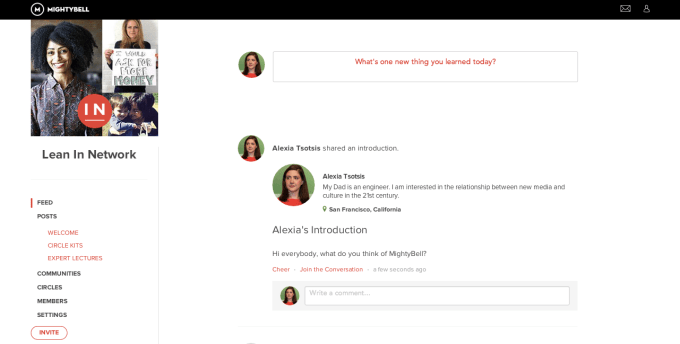 When asked why she didn’t choose to use Facebook or Google Groups to communicate with her growing community, SkillCrush founder Adda Birnir echoed Bianchini’s sentiment, citing search, a clean design, the ability to handle all kinds of content and features such as “Cheering” (exactly what it sounds like) as reasons why she’s happy with Mightybell.

I quickly realized that Skillcrush could NEVER use Facebook for two major reasons:

So then I turned to Google Groups.

To be fair, we did use Google Groups for our first few classes and it worked ok. It did allow us to write code in the email and it was relatively organized and searchable, but it was missing all of the like…friendliness. No pictures, no visuals, no general opportunity to create the fun, warm, learning environment that we wanted to create.

As of today, Mightybell users beyond its initial beta networks can sign up to build Circles around a company, topic or other unifying factor. In addition, Mightybellers can sign up to discover networks outside their own, and interesting new users on the periphery of their networks.

The startup will monetize through a SaaS model, and is free for all organizations under 100 members. It will charge $2 per user per month for all members over 101.

In total, Mightybell has raised $4.25 million from Floodgate, Greylock and First Round Capital. In the same community organization vein, Greylock has also funded “Facebook for Neighborhoods” Nextdoor. 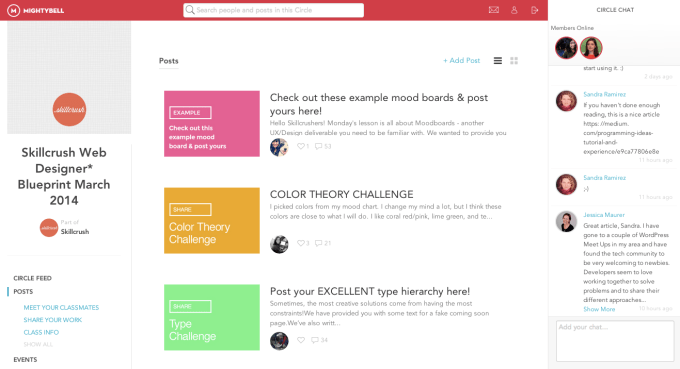