Over the past few weeks, IBM India has fired at least half a dozen top- to mid-level executives, as well as several others accused of fraud. The fraud led to a portion of the over $2 billion outsourcing contract, with Bharti Airtel being subcontracted to a company founded by former IBM-ers.

The original contract signed was in 2004 and was for managing telecom networks, desktops and other software applications at Bharti Airtel. It was worth around $300 million annually and over $2 billion overall for IBM India. It was also one of the most showcased engagements globally for Big Blue.

Now, as Airtel prepares to announce renewal of this 10-year-old contract, IBM’s share of the business is set to be reduced to around $100 million annually, at least three people familiar with the discussion said.

“IBM and Airtel are now negotiating terms of a contract that could be reduced to around 3-4 years with total value of less than $400 million,” one of the people I spoke with said. He also cautioned that this figure could change, especially given the ongoing negotiations.

The reasons are multifold — first, Airtel wants to reduce its over-dependency on IBM and shift away from the total outsourcing mode, and secondly, the mismanagement and involvement of executives from both sides in the subcontracting fraud has created “an environment of distrust,” one of the people directly familiar with discussions added.

“The Bharti contract renewal has already undergone over a dozen iterations; it was supposed to get signed and announced weeks ago. Ongoing investigations into ‘unprofessional conduct’ of some IBM-ers and customer staff has made it a contract everybody wants to sign, but with conditions that reflect lack of trust,” a person familiar with the talks said.

In one of the major changes, IBM will not have the freedom to take independent calls on subcontracting work, or buy hardware and software solutions as part of the contract. Instead, a committee of executives from both IBM and Bharti will make joint decisions about what products to procure and how.

At least half a dozen sources, which included some company executives, confirmed that around nine IBM India officials being investigated for “process violations” have been fired.

“The specific charge being leveled internally is called the business conduct guideline violation,” one of the sources told me.

IBM’s Business Conduct Guidelines has strict rules for working with a third-party vendor, and any kind of special treatment to a supplier is considered sinful. In this case, IBM has started investigations to understand why a particular subcontracting firm, Mara-ISON (whose management mostly comprises former IBM India executives) was given a chunk of the business.

Several IBM insiders and some officials at Airtel confirmed off the record that there are “conflicts of interest” about the decision to subcontract work to Mara-ISON.

“At least a quarter of all the work being outsourced to IBM was being subcontracted to Mara-ISON, and the motives look questionable,” another person familiar with the investigations added.

“Supplier selection cannot be dictated by a customer, which happened in this case. And when giving business to an outfit run by former employees who have quit IBM within a year, you need to take three levels of approvals,” another person familiar with the developments said.

An email query sent to Mara-ISON in January this year was unanswered at the time of writing.

IBM is not offering any specific comments on this story. An IBM India spokeswoman said the company does not discuss details of confidential client contracts.

The latest process violations and a potential fraud being investigated by IBM India also involved the CIO of Bharti Airtel who was sacked for violating code of conduct in December last year. 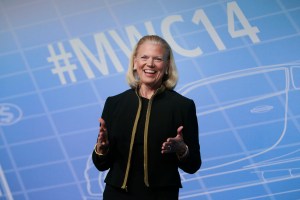 For IBM, a lot is riding on this contract beyond just the commercial value. IBM’s current CEO Ginni Rometty made a quiet visit to India last year to meet Airtel’s Mittal, underscoring how crucial it is for IBM to ensure that the contract renewal happens without too much reputational damage.

I have been tracking the internal fraud at IBM India and even the negotiations that could see its biggest outsourcing contract in the country reduced by over half. Now, sources at IBM and those in the industry are telling us there’s much more to the recent firing of dozens of senior and mid-level staff than just a cost-cutting move being executed globally.

And it’s not just internal process violations forcing IBM to let its staff in India go. IBM’s revenues have been declining for the past seven quarters, causing a rethink of its top-heavy management structure.

When the going was good, IBM could accommodate even some its average performers in the top ranks. But with 2013 global revenues ($99.7 billion) almost close to what it reported in 2008 ($103.6 billion), IBM Rometty is cracking down on units and executive positions that were once considered untouchables a few years ago.

“It’s a bloodbath for those making anywhere between half a million to $1 million and above annually,” an executive told me two weeks ago. In India, there are at least a dozen such highly paid executives who have been either asked to take a pay cut or move a rank below.

The pressure to cut costs and rationalize is not just for the top positions — many low-level programmers and even mid-level operational staff are facing the whip, too. Earlier this month, IBM started the process of laying off around 2,600 staff in India.

After dominating India’s over $70 billion domestic software industry for over a decade, IBM’s revenues and profits from the country have been shrinking recently. According a regulatory filing with India’s ministry of corporate affairs, IBM’s profits for the financial year ended March 2013 fell by 20 percent.

Falling profits, newer instances of corporate governance breaches and shrinking business from top customers such as Bharti Airtel are in stark contrast to the dominance that IBM enjoyed in India until a few years ago.

All this is putting pressure on IBM’s India headcount, which is estimated to be around 150k currently, according to several sources. This is much more than what IBM employs in the U.S. (less than 100k).

While it seeks to trim its payroll overall, IBM is also attempting to call back old talent in order to steer through the ongoing crisis. For instance, the company has extended the tenure of its former India head Shanker Annaswamy by another two years till November 2015. Shanker, an IBM India veteran of over a decade, had retired last year and now serves as a senior advisor.

About seven years ago, IBM’s Palmisano addressed hundreds of company workers at the imperial Bangalore Palace, announcing over $6 billion worth of investments in the country. It was the first time IBM held its global investor meeting anywhere outside the U.S. and Airtel had won what would potentially become an over $2 billion outsourcing contract.

“IBM means I am Bharti Mittal,” Sunil Mittal, chairman and founder of Bharti Airtel had said in June 2006 while hosting then IBM chairman Sam Palmisano in Bangalore, the tech capital of India.

Everything seemed perfect back then.

Update: Mara Ison, the IBM sub-contractor mentioned above has clarified that it has no relationship with IBM India, though it mentions another ongoing engagement with IBM Africa. The story is about IBM investigating its sub-contracting deals and firing some officials associated with them, and it stays that way. We will update the story with any additional inputs we gather going forward.

This is what Mara Ison, which had not responded to my original email query sent in January, apart from another follow up email in February, has to say now:

However, Mara Ison has been associated with IBM Africa as a registered vendor for the past three years to provide end-user support services to Airtel Africa in Africa. This sub-contract has no association whatsoever with the contract in reference between Airtel India and IBM India.