Mobile analytics firm Mixpanel has iOS 7 adoption covering the vast majority of Apple mobile devices, with its real-time adoption stat tracker showing between 88 and 90 percent of devices on the latest major revision of iOS based on hourly browsing data. By comparison, you can see that according to its Android device information, only around 8 percent of those using Google’s mobile OS are using Kit Kat (4.4) or higher. 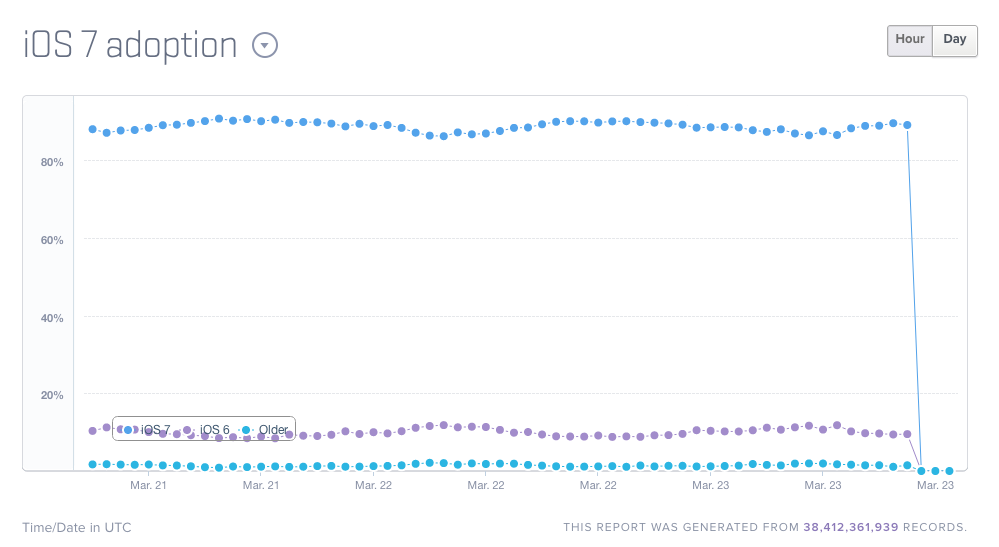 This stat shot says that Apple users are good at remaining fairly current on their devices, and it’s also great news for developers, since apps designed for iOS 7 are likely to be strikingly different from those created for earlier versions of iOS. Apple’s advantage when it comes to fragmentation issues mean less money spent on making sure software works across a range of different OS versions, and it’s something Android still lags considerably with, which is apparent from the current Kit Kat uptake. 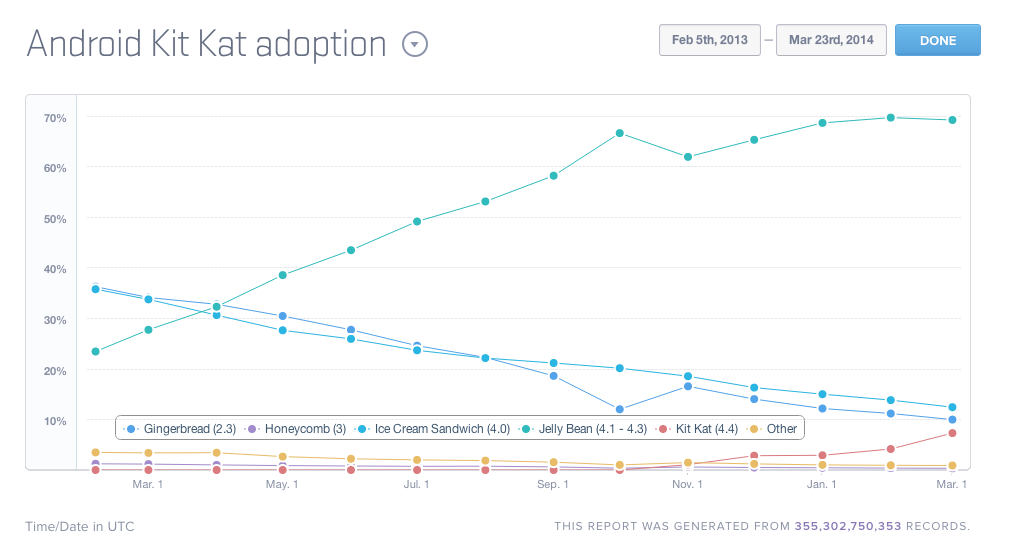 As for Apple’s latest version of iOS 7, iOS 7.1, it’s already accounting for the majority of visits to Mixpanel’s partner apps and sites since it debuted March 10. Between that date and today, Mixpanel has seen 31 percent of visits come from 7.1, versus 29 percent via 7.0.6, which is the next closest. The bottom line: Apple users are quick to update and don’t show any signs of becoming more reluctant to do so, which in turn means the efficiency benefits of developing software for iOS over Android aren’t likely going to disappear anytime soon. 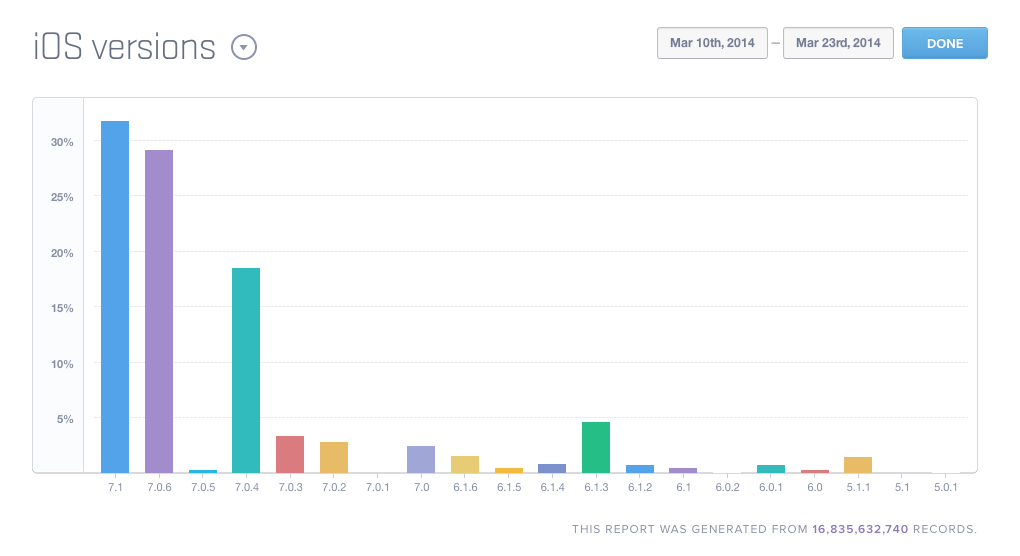