Leap Motion won a lot of buzz early on for its motion controller, which is designed to make it possible for users to interact with their computer through gestures alone. The early buzz and pre-order interest led to a lot of growth, with the company swelling to 120 employees at its peak. But disappointing reviews when the hardware actually shipped took some of the wind out of the startup’s sails. Now, CEO and co-founder Michael Buckwald tells TechCrunch they’ve had to make some tough choices, dig in and prepare for a business plan where success is defined over the next decade, not in a first production run.

Leap Motion has been forced to part ways with 10 percent of their employees, including personnel ranging from telephone support staff to high-ranking executives, in a bid to get to a place where its spend on human resources is more in line with its new fiscal reality, Buckwald explained in a telephone interview. But, he’s quick to stress, none of said employees are on the product, design or engineering teams, and instead are primarily involved in sales and marketing.

“In order for David [Holz, Leap Motion co-founder] and I to feel financially responsible, we were forced to make a difficult decision and cut about 10 percent of the team from the marketing and support side,” he said. “So that we could continue to hire for engineering and product roles as we roll out our version 2 software and as we think about moving into new spaces and new form factors outside of the PC.”

Buckwald called the decision “extremely difficult,” and credited his “amazing team” but also noted that since Leap Motion had anticipated millions of units in holiday sales, many of the roles they’d hired for ended up being superfluous. The startup’s predictions for year one device sales had been on the order of up to 5 million; in the end, the first year for Leap Motion brought in sales of much closer to 500,000 units.

“We really had no idea what our expectations were [around holiday sales],” Buckwald said. “We didn’t know whether we were going to sell 100,000 units or 5 million units, and that was very scary. So we made a sort of best guess and we built up the team around that guess. We still ended up with a number that we’re really happy with and that, from a revenue perspective, gives us plenty of options in terms of continue to expand to new retailers and add new OEM partners, and continue to run and grow the company.” 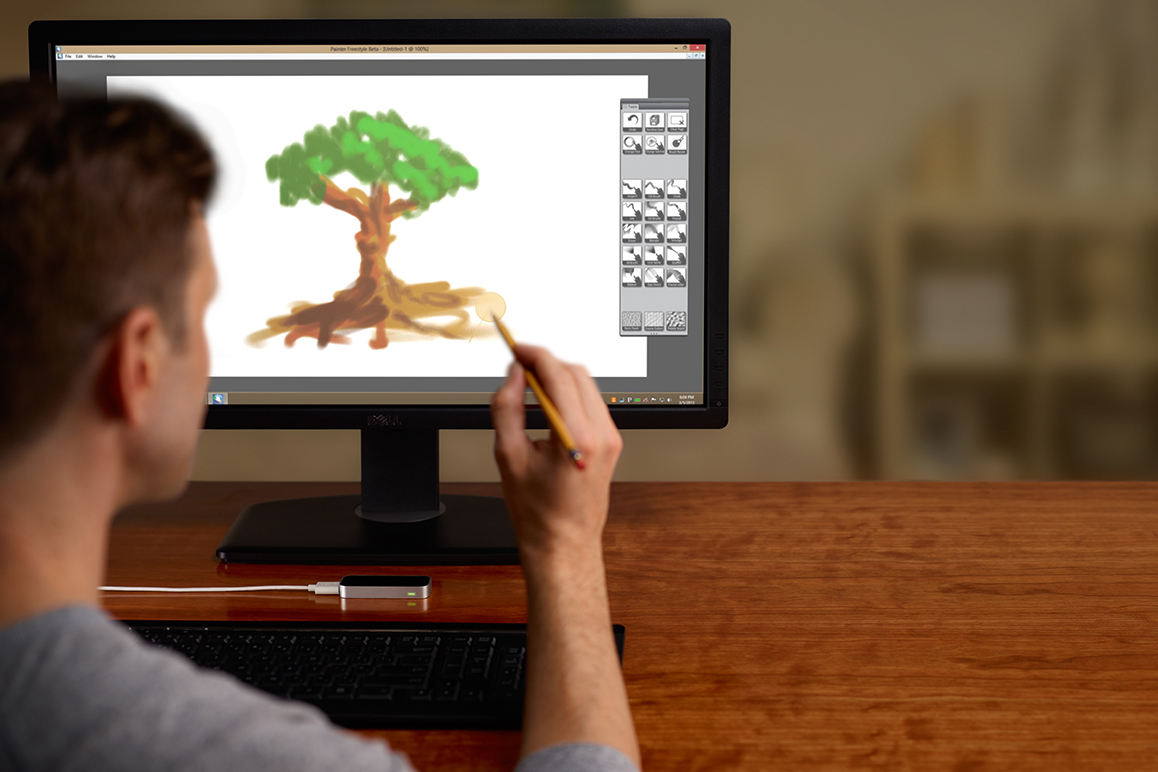 As for what’s next, Buckwald is seeking more talent on the product side, as mentioned above. And the startup’s main job is to rebound from the perceived disappointment of its early hype to chart a more realistic path to success. Considering the company’s goals, which include reinventing the way we interact with computing devices, that means looking at things with a more long-term perspective than many operating in the startup space might be used to.

“In terms of how we see the technology, it’s always been about a five- or ten-year path to executing on that vision, and the peripheral as it exists now and the v. 1 software is an amazing device for many things, but it’s also the very, very, very first step in that direction,” Buckwald explained. “Both through software updates like our v. 2, and by creating new hardware and moving into form factors outside of the PC, that’s how we realize that vision.”

The version 2 software Buckwald describes aims to answer some early user complaints, in part by offering a continuous visual representation of a user’s hands on-screen while they’re using their Leap Motion Controller across applications, so that they don’t get confused by interface and control paradigm changes. The company has also already released 13 SKUs of Leap Motion-enabled PCs with OEM partner HP, and that partnership is alive and well according to Buckwald, with other manufacturer partners set to come on board soon.

Buckwald is frank and upfront about his company’s early missteps, which mostly sprung out of impossible consumer expectations for a device that looked immensely promising pre-launch, and ended up being well-executed early adopter or niche hobbyist hardware instead of the next mouse or joystick. And while Leap Motion may have suffered some reversals, it also created and continues to build tech that will likely feature significantly in one way or another into the future of computer interaction models.