Waygo, an app that lets you translate Chinese by hovering your phone over text, just added support for Japanese. Waygo recently won the SXSW 2014 Accelerator program and is also a 500 Startups alum.

The Waygo app works even if your smartphone isn’t connected to the Internet by using proprietary optical-character recognition (OCR) technology and can translate individual characters and short phrases. While there are other apps that have OCR features, including Pleco Chinese Dictionary, Waygo differentiates by targeting travelers and new language learners.

The app’s very simple interface lets you select horizontal or vertical text, turn on your flashlight for better character recognition, and freeze the frame once you get a translation. Its freemium model gives you 10 free translations per language each day or upgrade to unlimited translations for one week or permanently for $1.99 or $6.99, respectively, which makes Waygo an affordable alternative to pricier apps.

CEO and co-founder Ryan Rogowski says that the startup decided to add Japanese because it was one of the most frequently requested languages from the app’s users, especially for business travelers. 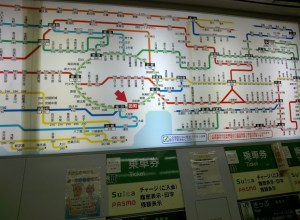 “We knew it is also a country where English is not prevalent, which creates a lot of challenges for leisure and business travelers. Even the subway signs are often lacking in any English!” Rogowski said in an email.

I tested Waygo’s new Japanese feature on a menu and found that it did an excellent job of translating entree names. But there were a few drawbacks. For example, Waygo’s OCR works best on dark text against a light background. It is also frequently stymied by non-standard fonts or handwriting. Waygo’s Chinese and Japanese dictionaries are currently geared toward travel terms, like phrases you might see in a menu or on a map, but it often doesn’t recognize more complex vocabulary, though you can use it to look up individual characters. In other words, Waygo is an awesome tool for travelers, but don’t expect it to do your language homework for you (yet).

Rogowski says the startup still hasn’t decided what language it will add next, but it will continue to focus on Asia.