It’s been an active week in the world of education software, with this weekend bringing news of the second big-ticket acquisition of a veteran EdTech company in as many days. Last week, Renaissance Learning, the 29-year-old, Google Capital-backed analytics and assessment giant, was acquired by private equity firm Hellman & Friedman for a hefty $1.1 billion.

On the same day, rumors of another pricey EdTech acquisition at the hands of a private equity firm began to swirl, this time focusing on Skillsoft, the 24-year-old maker of cloud-based learning software for the enterprise and the corporate sector. By the weekend, the rumors had been confirmed, as the company announced that it had officially been acquired by Charterhouse Capital Partners, a London-based private equity firm, for north of $2 billion.

Like Renaissance Learning, over its multi-decade history, Skillsoft has gone from private company to IPO and back to private company again. The SaaS provider first went public in 2000, before being purchased a decade later by Advent International, Bain Capital and Berkshire Partners in 2010 for around $1.2 billion. Renaissance Learning, in comparison, debuted on the public markets in 1997 and, 14 years later, went private again thanks to a $440 million acquisition by Permira, a U.K.-based private equity firm.

It’s a move we’ve seen happen since, either in the form of a veteran education company jumping from public to private, or simply selling out under duress — with both cases ending in a buy-out from a group of private equity firms, who then attempt to orchestrate a turnaround.

We’ve seen it happen since with Blackboard, which was acquired by Providence Equity for $1.6 billion in 2011 after struggling on the public markets during its seven years as a public company. Or, there’s the case of McGraw-Hill, which, with its publishing business flagging, saw pressure to right its sinking ship, go digital and increase returns to shareholders. The result was the sale of its giant educational publishing business — a $2.5 billion deal won by private equity firm Apollo Global.

In Skillsoft’s case, it appears that Advent International Corp., Bain Capital LLC and Berkshire Partners committed at least $510 million in equity when the three took Skillsoft private in 2010 for $1.2 billion, according to Reuters, before selling it for over $2 billion to Charterhouse.

Like many of the EdTech bigs who have been around for a few years, Skillsoft is to being on the other side of the negotiating table, having made a number of acquisitions in recent years itself. Like these other education veterans, it has also undergone a transformation over the years, morphing from a learning courseware provider in IT training for the corporate market into a technology solutions company.

Today, the Dublin-based company offers product across a broad range of categories, from a learning management system and content development tools to eBooks, simulations, courses and videos. It now serves over 6,000 corporate and government customers, the company says, and reaches over 19 million students. 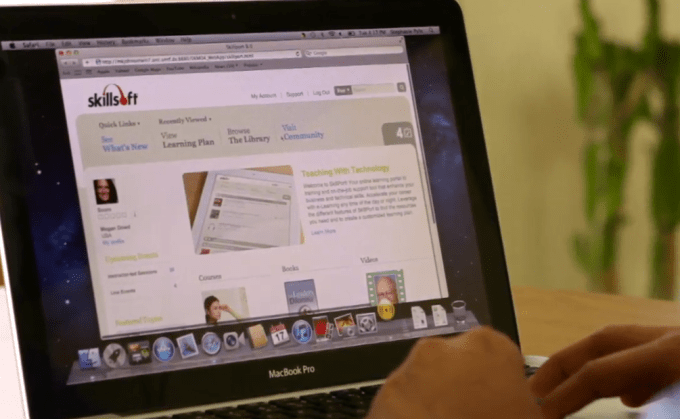