500 Startups, a Mountain View, California-based seed fund and accelerator, is making its first investment in Bangladesh, underscoring a growing investor interest in one of the most challenging startup ecosystems in South Asia.

The seed fund is investing an undisclosed amount in ChalDal, an online grocery site based in Dhaka and founded last year by Waseem Alim, Tejas Viswanath and Zia Ashraf. Alim worked at financial planning startup SigFig before returning to Dhaka last year for launching the grocery site.

“Apart from the fact that we are now more familiar with the territory and we know the who’s who… I really feel something fundamentally changed last year,” Alim said in an interview.

“There is an underlying sense of mission in the country, and the culture is one of sharing (something that I felt so strongly in the valley). There are just so many events and so many people getting involved,” he added.

It’s not easy to build startups anywhere — it takes courage, lots of money and an enabling environment that helps entrepreneurs identify markets, hire relevant talent to create products. This process gets even more tough while attempting to build a startup in South Asia, especially in a country such as Bangladesh, which is perennially facing political chaos and economic instability. As for talent, the country loses around $200 million everyday the workers are on strike, which is actually quite a number of days in a year according to the Dhaka Chamber of Commerce and Industry.

But entrepreneurs love challenges. And a bunch of bold entrepreneurs in Dhaka, the capital city of Bangladesh, are attempting to build startups that span e-commerce, mobile apps, software for the local textile industry and other productivity apps.

For startups like ChalDal, the country’s around 160 million population offers a target audience looking for convenient ways to shop, transact and improve overall quality of life.

“Bangladesh shares demographic characteristics of India, has 15% the population of India and is 3- times more dense. The unit economics in Bangladesh is going to be better than in India,” said Alim of ChalDal.

Despite all the odds, there are few things triggering a mini-startup revolution in Dhaka. The biggest inspiration perhaps is the success of NewsCred, a content syndication startup founded by entrepreneurs from Bangladesh, which has raised $45 million in venture funding to date. The second trigger is the country’s improving Internet and mobile infrastructure, which is encouraging more people to buy, sell and share information online. There are around 35 million Internet users in the country and nearly 114 mobile phone subscribers.

500 Startups is among early investors from the Valley to take notice of early investment opportunities in Dhaka. The accelerator is putting seed money in online grocery retailer, ChalDal, to help it expand beyond the capital city and make more investments in building a stronger back-end infrastructure.

“ChalDal is our first investment in Bangladesh where we believe interesting opportunities will emerge over the next few years in ad tech, e-commerce, and like India, solving local problems,” Pankaj Jain, a venture partner with 500 Startups said in an interview.

“We’re seeing talent from the Valley and other parts of the world bringing their experience and expertise to a new local ecosystem in Dhaka and we’re thrilled to be a part of the emerging story with our first investment in Bangladesh,” he added. 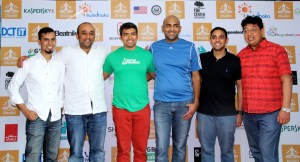 On the ground, startup events and weekend mentoring workshops are fueling the trend. Sajid Islam, who runs Startup Weekend, Dhaka, said increased support from successful startups such as NewsCred, returning Bangladeshi professionals from the Valley to launch startups and co-working spaces such as HubDhaka are making it easier for entrepreneurs to experiment with ideas. Another successful startup from Dhaka is talent analytics company Loosemonkies that matches job seekers with recruiters.

“Finding a ride/taxi is extremely difficult, public transportation is unreliable and over-crowded, and it is almost impossible for a female to travel from Point A to Point B easily. An on-demand ride-share something like Uber, lyft will be fantastic. Infact, someone just pitched this idea yesterday at SW Dhaka 2014,” said Islam.

Nash Islam, a former Google’s head of mobile ad operations in Asia Pacific who is now an active angel investor in the country, said there are opportunities to build startups in the areas of enterprise SaaS, transportation, adtech and e-commerce. His web content startup Green and Red Technologies is also seeing good traction.

“We operate an ad network that helps monetize over 1000 Bangla-language websites and we see both the buy and sell side of our network rapidly evolving. We used to have about 10 sites sign up per week this time last year and now it’s 40 sites per week,” said Nash.

“From a policy standpoint, the company registration process, the repatriation of foreign investment, the ability to incentivize employees with equity are areas that need improvement. Overall, the legal system is good enough to start building companies of consequence,” said Iraj.

Startup ecosystems in South Asia have their own unique challenges to solve. While it’s fashionable to compare their progress with the Silicon Valley or Israel, these countries would do better to focus  on fleshing out their own models. Perhaps a better way would be to increase collaboration among entrepreneurs in India, Bangladesh and other countries in the region.