Historically, the U.S. educational system has struggled to get young people excited by and involved with STEM-related fields, especially computer science, which has actually seen a steady decline in participation over the last two decades, according to Time Magazine. Luckily, the winds of reform have begun to sweep into education, and parents, educators and even Uncle Sam have begun to pressure on schools to give computer science and engineering concepts a place in their curricula and introduce them in early education.

What’s more, a new generation of startups and app makers have begun to take up the mantle and are working to inspire younguns to take interest in technology and develop their programming skills. One of the most popular apps in this emerging category is Tynker, developed by a Silicon Valley-based education startup of the same name, which aims to make programming and engineering more accessible (and fun) for kids, regardless of prior experience.

Inspired by Scratch, a programming language and free coding education website for kids developed by MIT, Tynker makes use of Javascript, HTML5 and other open web standards to educate children of all ages on the basic thought processes behind lines of code. The product of serial entrepreneurs Srinivas Mandyam, Kelvin Chong and Krishna Vedati, Tynker got its start back in 2012, but has been grown quickly since.

Today, the startup’s learning platform is used by more than 8,000 schools and has helped over six million kids start programming. To support this early growth, Tynker raised $3.25 million in seed funding last year from venture firms like NEA, Felicis Ventures, NewSchools Venture Fund, GSV Advisors and 500 Startups, as well as a litany of angel investors.

Designed for both in-class and at-home learning, Tynker allows both teachers and parents to enroll their children via its website, enabling students to access its catalog of web-based lessons and learning content, which ranges from games and exercises to interactive tutorials to quizzes. To encourage engagement, Tynker has worked to create a fun, game-like environment around computer science education by allowing kids to learn via self-paced lessons, interactive videos and guided tutorials, for example. 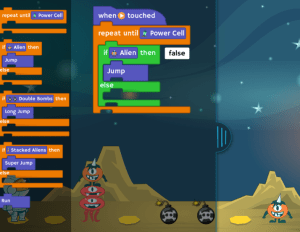 Tynker makes its courses available for free for schools, while parents can purchase lessons for between $30 and $50, which includes those guided tutorials and exercises, and gives kids the ability to access different levels and earn badges as they progress. Up until now, the main point of access for Tynker’s learning content has been through its website. But over the past year, the team has been working to bring its platform to mobile devices, and this week the company finally announced the launch of its first iPad app.

The app, which is now live and has been featured by Apple, is designed to extend Tynker’s visual programming experience with a tablet-optimized, immersive gaming experience that allows kids to continue learning on the go and while in “airplane mode.” The company says that the intention is for its new app to expose its platform to a wider range of ages — making it accessible to kids as young as first grade — while making it easier for schools to roll out the platform to a wider audience and age range.

The iPad app includes story-based puzzles and games with titles like “Puppy Adventure,” “Lost in Space,” and “Sketch Racer,” which the company says are intended to introduce programming concepts like sequencing, repetition and conditional logic in a fun, interactive and game-ified way. Using the iPad’s touch interface, students drag and drop visual blocks to build a program, solving visual code blocks as they go to achieve their goal, like using logic and “loop variations” to help a lost puppy find his way home.

At launch, Tynker’s iPad app includes more than 130 puzzles, which aim to help kids understand how to recognize patterns, develop algorithmic thinking and computer drawing skills, debug programs and how to break down a problem into smaller, sequential steps.

Both Lost In Space and Sketch Racer are available at $1.99 and $2.99, respectively, which includes an additional 120 levels and concepts. And, going forward, the startup says that it will begin making additional “adventures” available for purchase within the app, allowing students who are farther along in the learning path to access more advanced puzzles and learning concepts.

For more, find Tynker at home here and on the App Store here. 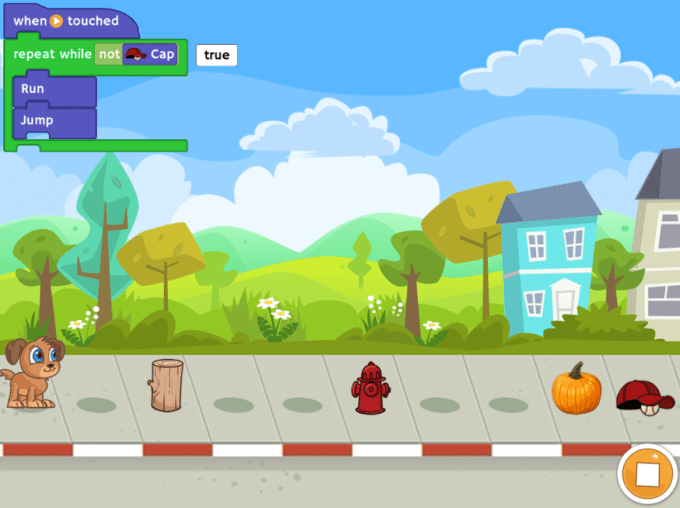