The vast majority of Americans now use the Internet (87 percent); nearly half would find it “very hard or impossible” to give it up (46 percent), and an overwhelming percentage think it’s been a good thing for society (76 percent). On the 25th anniversary of Tim Berners-Lee‘s historic paper conceptualizing the World Wide Web, Pew released a mega poll of how Americans use and feel about the Internet.

Despite all the worries about privacy, targeted advertising, and shallow connections, Pew finds that, overall, Americans are in an unmitigated love fest with the information superhighway.

We’ve summarized the findings below in graph-tastic form.

Internet use over two decades 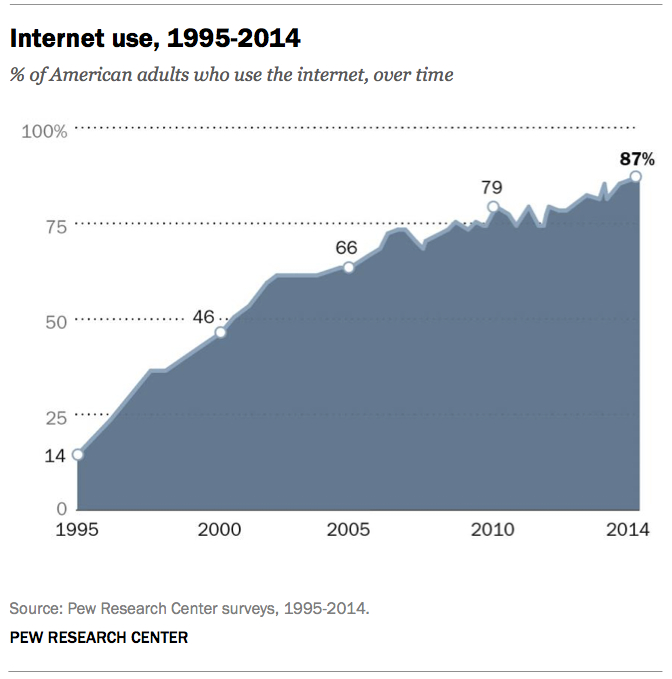 There is no longer an ethnic or gender divide in Internet use, but there persists a generational and class gap. Only 65 percent of those making less than $30K a year use the Internet, where as it’s nearly universal for those making +$50K a year. 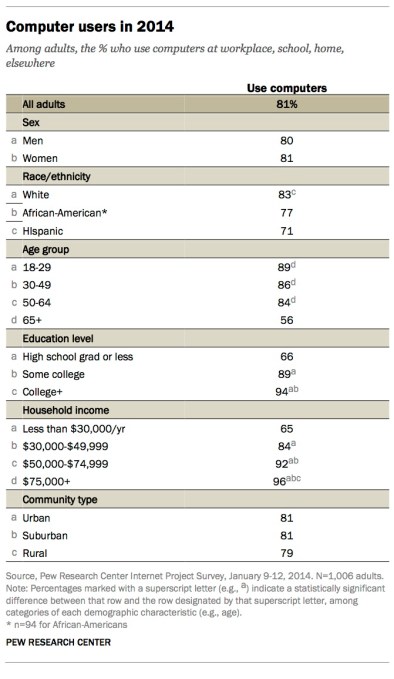 Smartphone ownership has grown steadily over the last three years (35 percent to 58 percent); unfortunately, these relatively expensive devices divide Americans along every imaginable demographic except for race. Notably, only 19 percent of those over 65 years of age own a smartphone. 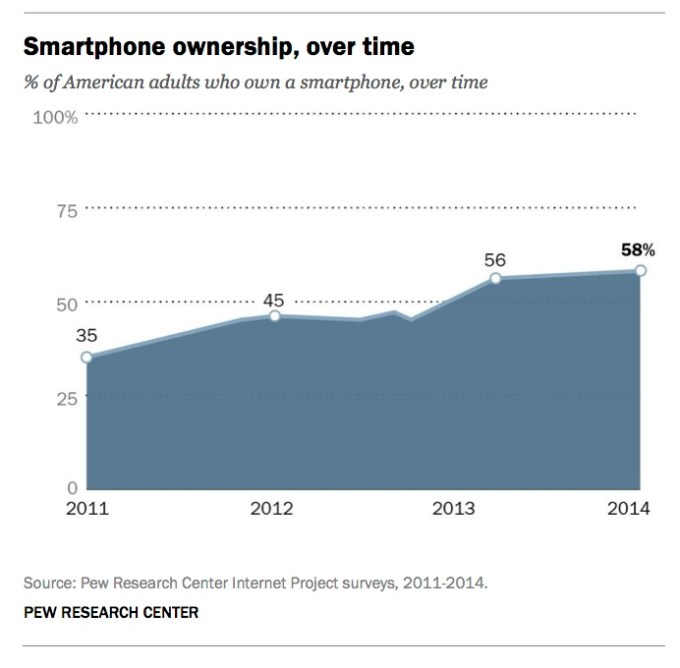 Americans love them some Internet. Ninety percent say the Internet has “been a good thing” for themselves, and only 6 percent a bad thing. 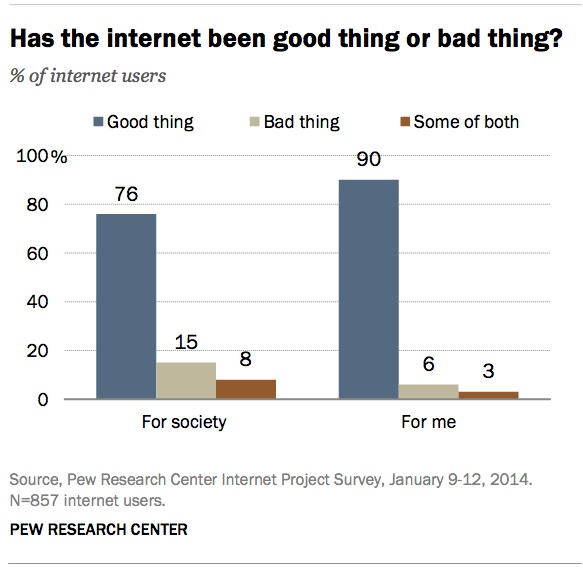 Since 2006, the difficulty of giving up TV vs. the Internet has mirrored the rise of the web. For the first time in the poll, it appears the Internet is now more valuable than TV (53 percent vs. 34 percent).

Overall, despite gripes about the shallowness of social media “friends,” 67 percent of respondents say that the Internet has strengthened their ties with friends and family. 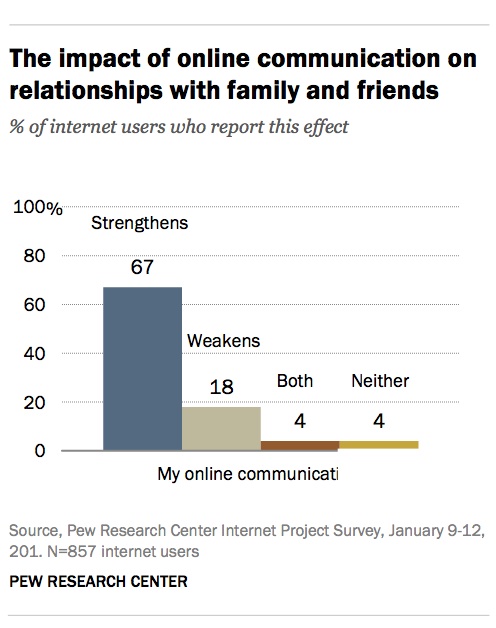