Slovenia has became a hotbed for hardware startups during the past year and the newest one to come out of this Southeast European country is Chipolo – a simple to use Bluetooth-based item finder for iPhone and Android.

Designed and developed by two startups, Geartronik and Nollie Apps, Chipolo is a rounded sensor that connects to your smarthphone. It uses Bluetooth 4.0 and it acts like a simple tracker. Just download the app from the App Store or Google Play, connect your device to one or more Chipolo trackers and you’re good to go.

Guys behind the project are promising a solid 60 meter signal strength which makes it good for both indoor and outdoor use. Once the tracker goes out of the range, a notification is sent to your phone. If you don’t notice it, the app will mark the last known GPS location on the map which should get you in range of your lost item. If smartphone is the thing you’re missing, shake your Chipolo and the phone will start ringing. 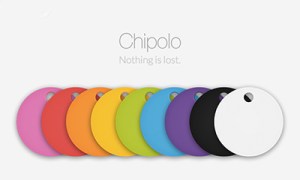 The product made its debut on Kickstarter where it already raised more than $160,000 (ten times the amount of original pledge). Over 3,000 people backed the project with 9 days left on campaign.

At this time, only Android and iOS devices are supported with Windows Phone coming next year – making Chipolo the first device of it’s kinds to support this platform. It also comes equipped with a temperature sensor, which turns it into a Bluetooth thermometer for your smartphone.

The team has big plans and one of those is Chipolo Network. If your item is stolen and out of your smartphone’s range, other Chipolos will be able to track it if it’s in their range, hence sending you the relevant coordinates.

The product will come in nine colors and is scheduled to launch in January 2014.