After ignoring repeated requests to appear in a court case challenging the Pakistan government’s year-long YouTube blackout, the country’s elusive IT minister is expected to appear at a hearing later this month to outline plans to drop the blanket ban — and instead selectively restrict “blasphemous” and “offensive” material on the video-sharing site. However, activists have decried the move as a Trojan Filter that will precipitate a far-reaching Internet surveillance regime.

Some of the web’s most popular outlets for broadcasting personal views and opinions, such as YouTube and Facebook, are creating a flashpoint in Pakistan’s censorship war. The South Asian nation is the latest censorship state in a long line of developing nations, such as China and Russia (the latter used a firewall designed to block content depicting child exploitation, drugs and suicide to prevent access to seemingly harmless YouTube content).

This week, Yasser Latif Hamdani, the lawyer for Internet rights group Bytes for All who challenged the government’s YouTube ban earlier this year, will file an application to reconvene proceedings in late September. After months of activity the case is reaching its denouement. The IT Minister Anusha Rehman has repeatedly excused herself from court requests to appear at the proceedings, but this time Hamdani expects her to testify as to how and why YouTube should continue to be censored.

“The court wants the minister to know that if they don’t take action, it will have to act in the best interest of the people and that as the executive it would be their responsibility to act first,” Hamdani told TechCrunch. “In any event, I think the government has been sufficiently pressured. If they cannot unblock YouTube in coming weeks, the court will order the unbanning itself.”

The government has plead its case via the media (that said, the IT minister did not respond to a request to be interviewed for this story).

Last month a government committee met to discuss lifting the ban, Kamran Ali, a spokesman for the Minister of Information Technology, recently told the Wall Street Journal. The IT Minister Anusha Rehman told a local publication, “We are actively pursuing this sensitive issue to ensure the blockage of viewership of blasphemous film ‘Innocence of Muslim’ in Pakistan, but we want to ensure placing of an effective system under the PTA to handle complaints of its re-loading on the YouTube.”

It’s been a long time coming.

The Pakistan Government banned YouTube on 17 September, 2012, after the website refused to take down a video trailer for the now infamous low-budget film “Innocence of Muslims,” which negatively portrayed the prophet Muhammed and ridiculed Islamic culture. The trailer was originally released in July but achieved worldwide notoriety on the 11th anniversary of the September 11 attacks, when protests broke out in Egypt and Libya.

Google, for its part, has attempted to avoid the crossfire.

The American search engine giant is not incorporated in Pakistan and as a result is not subject to the jurisdiction of the Lahore High Court. It has not sent a representative for the proceedings but in a written submission to the court, it requested the Pakistan Government to introduce intermediary liability protections (ILP) for online platforms and a clear notice-and-take-down-mechanism in Pakistan, in line with OECD guidelines.

“Any notice-and-take-down requirements should be based on legal process, address individual video urls as opposed to requiring broad general monitoring and preemptive removals, and allow for counternotice from content owners,” the company said in the submission. “The provision of such legal certainty would also, we respectfully suggest, open up the broader exciting opportunities of the digital economy to Pakistan.”

Google’s Singapore office, which has managed the response to the court case, did not reply to repeated requests for comment. 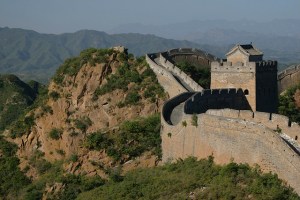 It’s not the first time Google has faced off against an overzealous governments. It has been fighting a losing censorship battle with China where all internet traffic runs through a network of routers, commonly referred to as the Great Firewall, capable of blocking citizens’ access to any web page. In 2006, Google first launched its local services without politically sensitive search results, including the banned spiritual movement Falun Gong, and any mention of the 1989 Tiananmen Square massacre. Three years later,  the government blocked YouTube after protestors uploaded a video showing security forces beating Tibetan locals in Lhasa. Finally, in 2011, Google shut down its Chinese operations.

Google, already licking its wounds, has encountered a determined adversary in the Pakistani government, which already monitors major websites, such as Google and Amazon, for blasphemous content; blocked Facebook in 2010 response in to an online competition inviting people to submit drawings of the prophet Muhammed; and whose Telecommunications Authority has blocked 20,000 objectionable websites, including anti-Islamic and pornography sites.

Restricting YouTube, rather than an outright block, is a convenient solution after a public backlash forced the government to ice plans for a national URL level filtering and blocking system.

Regardless of the court’s judgment, the war still rages on. Hamdani and other advocates, such as advocacy group Bolo Bhi, are still fighting for the court to declare the government’s arbitrary and sporadic censorship decisions unconstitutional.

“Unblocking of YouTube will be merely a small battle won,” Bytes For All’s Hamdani said.

If recent Chinese and Russian history is anything to go by, they have a long, tough fight ahead of them.