In what might be Medium‘s first widespread Twitter moment, music writer Michele Catalano used the platform to blog details of an unexpected visit to her home yesterday, from six men she identifies as members of the “joint terrorism task force.”

Turns out the visit was prompted by the searches, but not in the way most speculation asserted — by a law enforcement-initiated, NSA-enabled dragnet of the couple’s web history. It turns out either Catalano or her husband were conducting these searches from a work computer. And that employer, “a Bay Shore based computer company,” called the police on their former employee.

The Suffolk County Police Department has just released the following information related to the case:

Suffolk County Criminal Intelligence Detectives received a tip from a Bay Shore based computer company regarding suspicious computer searches conducted by a recently released employee.  The former employee’s computer searches took place on this employee’s workplace computer.   On that computer, the employee searched the terms “pressure cooker bombs” and “backpacks.”

From what we can glean from LinkedIn, the computer company referenced above may be Speco Technologies (Update: Speco says it wasn’t them), where Catalano’s husband Todd Pinnell worked as a product manager until last April (we’ve called Speco to confirm). This should be a teachable moment to anyone who thinks that their work computers are somehow not being tracked.

Update: Speco Technologies has confirmed to us that they are not the company who reported the searches.

While Google’s, or PRISM‘s, tracking of  Internet activity wasn’t behind this incident, the fact is that Google does comply with law enforcement to hand over user data in general. Can the FBI or local police provide a search warrant to Google, and would Google possibly comply with such a request? Yes, and the company publishes all requests in a report every six months. This is nothing new. 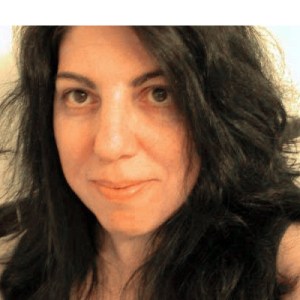 And wider requests, like for the months of search history that would be needed to figure out the pressure cooker and backpack coincidence, may result in a push to narrow the scope of the investigation from Google’s end.

But, an industry source confirms, it doesn’t work the other way around: i.e. Google isn’t flagging searches for “pressure cooker” + “backpacks” for the cops.

It’d be crazy if it did though.

Update: Catalano confirms this interpretation of the story. For those of you wondering where we got the press release: I called the Suffolk County Police Department for a statement, and they emailed it to me.